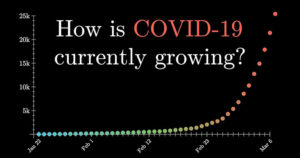 With Coronavirus at the forefront of global attention, this is a good time for a primer on exponential and logistic growth, which can often seem counterintuitive. An informative video by 3Blue1Brown Read more: https://twistedsifter.com/videos/straightforward-explanation-on-exponential-growth-and-epidemics/ 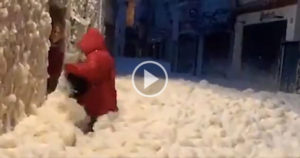 High waves and flooding cause sea foam to cover the streets of Tossa De Mar in Spain. The seaside resort town is located near Girona in Catalonia and the rare phenomenon has not occurred in years. Sea foam forms when the ocean churns up high concentrations of ‘organic matter’, and the strong and steady winds made clean-up efforts only worse. Read more: https://twistedsifter.com/videos/coastal-spanish-resort-town-covered-in-sea-foam/ 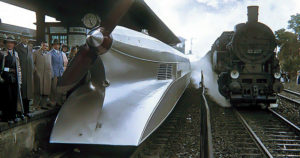 Original Photograph by George Pahl | Colorized by Jecini In this colorized photo by Jecini, we see the Schienenzeppelin in Berlin in June of 1931. A train on the way to Hamburg passes the newly arrived ‘rail zeppelin’ at Spandau main station. The Schienenzeppelin or rail zeppelin was an experimental railcar which resembled a Zeppelin airship in appearance. It was designed and developed by the German aircraft engineer Franz Kruckenberg in 1929. Propulsion was by means of a pusher propeller located at the rear: it accelerated the railcar to 230.2… 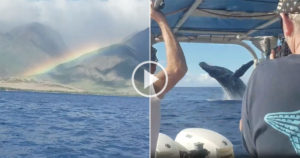 On a recent whale watching excursion in Maui, guests were treated to nature and wildlife in all its splendor, as a rainbow in front of them was punctuated by a humpback whale breaching directly behind them! Luckily the camera person was quick on the draw and caught both moments just in time! Read more: https://twistedsifter.com/videos/whale-breach-while-filming-rainbow/ 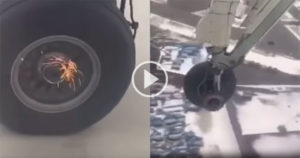 An Air Canada flight (AC8684) departing from Montreal lost one of its wheels on takeoff, to the horror of passengers onboard. However, the skilled pilot returned safely to the airport, making an incredibly smooth landing despite the sub-optimal circumstances. The flight was originally destined for Saguenay but returned to its point of origin shortly after takeoff. Read more: https://twistedsifter.com/videos/plane-loses-wheel-on-takeoff-pilot-still-makes-smoothest-landing-ever/ 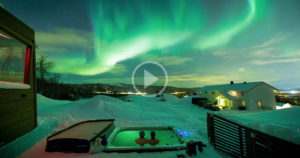 Auroras (borealis in the north, astralis in the south) are truly magical. Can you imagine seeing them each night? Surely the world would be a better place! Read more: https://twistedsifter.com/videos/compilation-of-people-seeing-aurora-borealis-northern-lights/