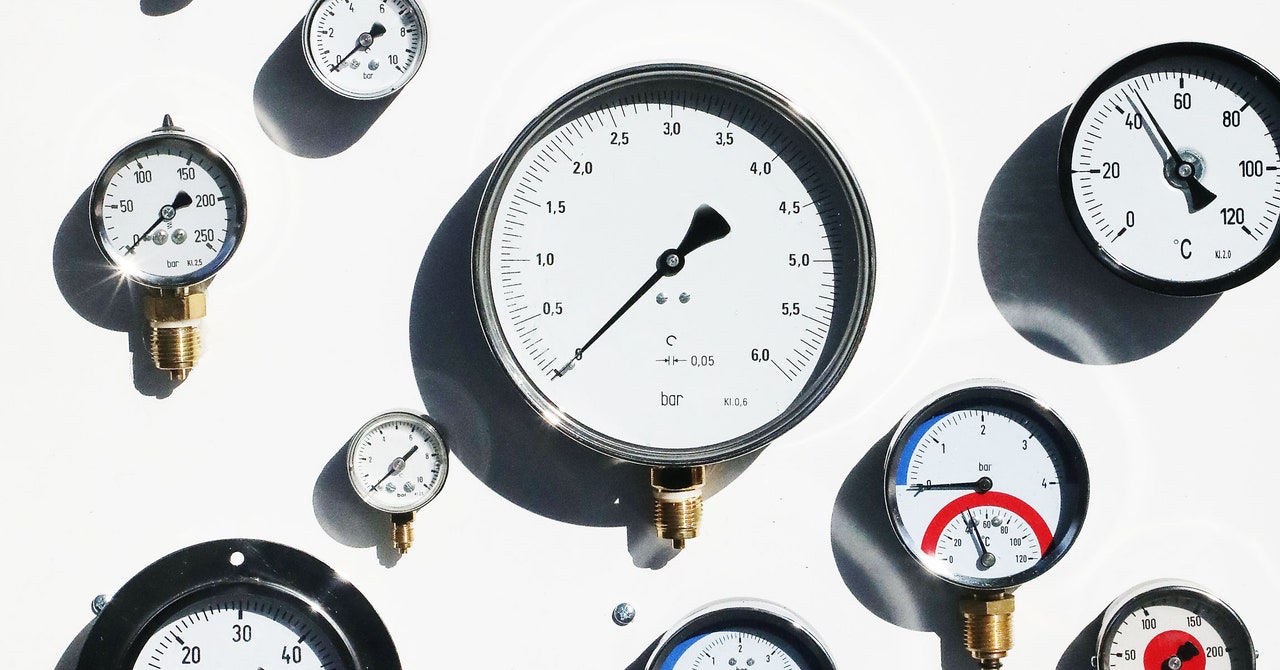 Wouldn’t it be cool if you could do physics experiments on your phone, without needing a lab full of special instruments? Actually you can, with a free app called PhyPhox. It records data using the sensors in your smartphone. You might not know it, but your phone contains a bunch of awesome sensors, like an accelerometer and a magnetometer.

Honestly, this is a great tool. It was created by some people at RWTH Aachen University in Germany. They also have a whole list of experiments you can do at home, like turning your phone into a sonar to measure the speed of sound. Or putting it in a salad spinner to study circular motion. Or swinging it on a string to derive the gravitational constant.

I decided to try this one, using the phone’s barometer to study pressure. Here’s the setup:

Here's what this might look like. Instead of an apple, I put 55 grams of weights on top of some Lego bricks. The idea is that the weight increases the air pressure inside the bag, and you can measure the difference with the phone. Nice!

Now for a question: Suppose you used a smaller cardboard square (or fewer Lego blocks), so that the weight is pushing down on a smaller area. Would the pressure in the bag be: (a) the same, (b) greater than, or (c) less than with the large square?

Go ahead and think about this. Discuss your prediction with your friends. It will be fun. OK, ready? Let’s go over some physics. What is pressure, actually? We can define it like this:

This says pressure is just force (F) per unit of area (A). If the force is measured in newtons and the area is in square meters, then the pressure would be in units of N/m2, which is called a pascal. But you can use other units too, like pounds per square inch or atmospheres (1 atm is about 105 pascals).

As you can see, if the mass on top of the bag stays the same, so that the gravitational force F is unchanged, but the area decreases, then the pressure would have to increase. Is that legit? That's what's so great about this experiment—you can check the results yourself.

Could You Use It As a Scale?

Now how about something more complicated? Given the relationship between the mass on top and the air pressure inside, could you use this barometer-in-a-bag setup to measure the mass of something? I think it will work. (Technically it would measure the weight of the object, not the mass.) Here's what I'm going to do:

Maybe it will help if I rewrite the pressure equation like this:

If I plot pressure on the vertical axis and 1/A on the horizontal axis, then this should look like the graph of a linear equation with the force as the slope. Oh wait! What about the area of the Lego platform? In this case, I used multiple bricks of the same size (0.96 x 3.18 cm) so that I could just remove a brick and reduce the surface area by a known amount. Yes, Lego pieces are very uniform in size.

Hmm … that was my plan, but it didn't work. The pressure in the bag should increase when I swap in the smaller Lego platform, but it didn't. I actually think my bag might be leaking. No matter, this experiment is for you to do at home. See if you can make it work.

You should get a plot of pressure vs. 1/A as a fairly straight line with a positive slope. The slope of this line will be the weight of the object in newtons. Since it’s on the surface of the Earth, you could divide this by the magnitude of the gravitational field (9.8 N/kg) to get the mass.

Yes, in theory, you should be able to find the mass of an object with a phone and a bag—you might just need a better bag.

How About a Temperature Gauge?

Here's another one to try. Can you use the barometer to measure temperature? That might sound crazy, but here's my idea: If you put the phone in a (hopefully) sealed bag, then you can measure the pressure of a fixed amount of gas. Now, what happens if you increase the temperature of the air in the bag? Yes, the pressure should increase. You can see this temperature-pressure relationship in the ideal gas law (physics version):

Say we measure the pressure and temperature at some time and then increase the temperature. Then the following should be true:

All I would need to do is to measure the pressure in the bag at room temperature. Let's say it's 295 Kelvin. Then the temperature at any later time would be:

To check this idea, you need to put a thermometer in the bag and then put it under a lamp to heat it up. The plot of temperature vs. pressure should again be a straight line. Of course this assumes two things: First, that the gas acts like an ideal gas. Second that your stupid plastic bag isn't leaking. Here's what I got when I tried it.

Wow, that didn’t work either. It looks like the pressure was increasing, as it should, up to around 30° C, and then it just collapsed. I’m going to blame the bag again. It’s possible that it sprang a bigger leak there. In normal times I’d go buy some different plastic bags, so I could post better results for you. But … no.

Still, this shows the endless variety of physics experiments you can do at home with just your phone. Give it a try, and let me know what results you get!