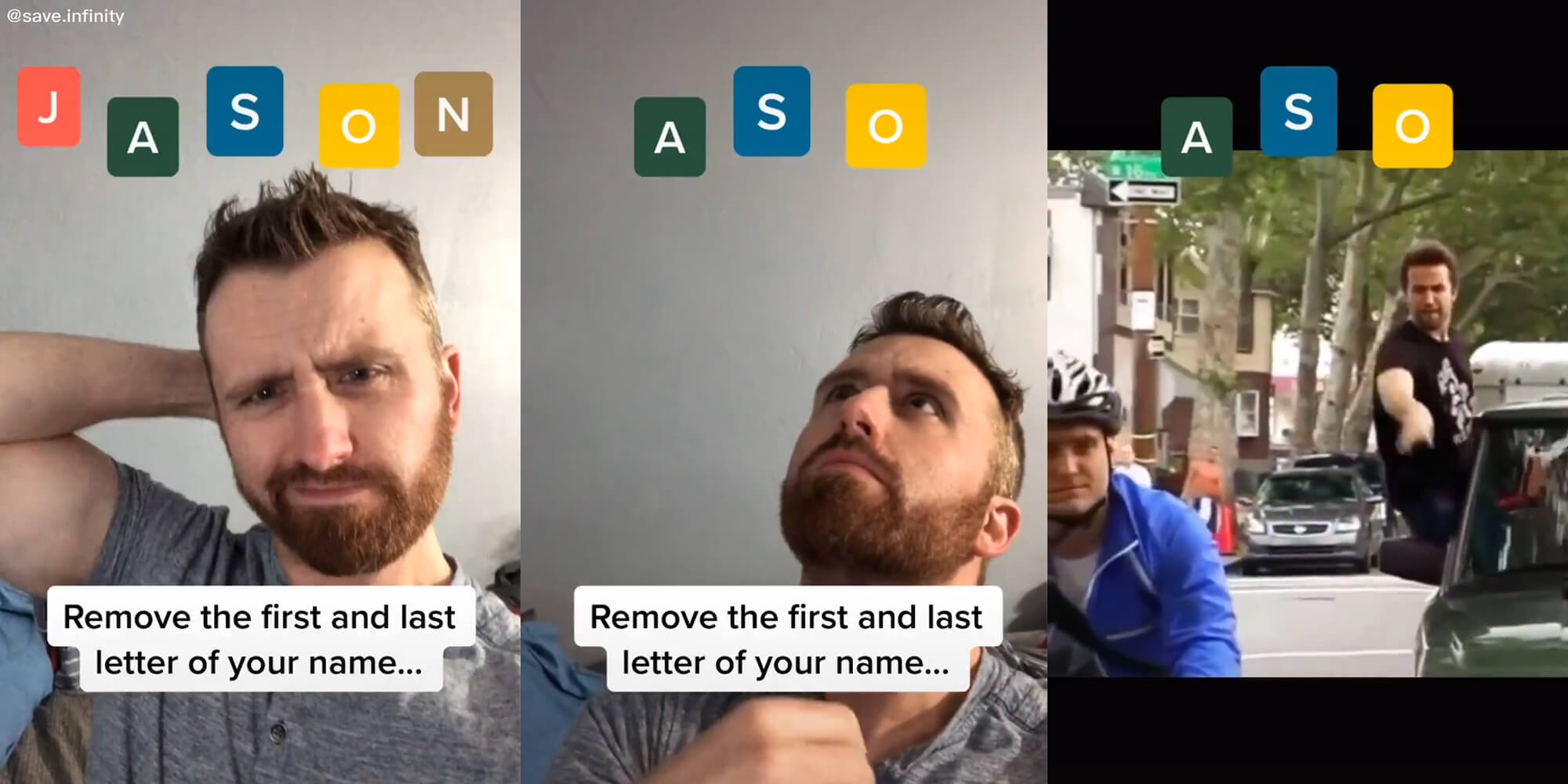 A name game popularized on Twitter has evolved on TikToknow with sound.

The game: Remove the first and last letter of your first name and show the results. The tweet format, which goes back at least a year according to Know Your Meme, typically has a similar wording.

Earlier this month, the trend jumped to TikTok, where its massive library of audio clips and songs (and other TikToks) provided an important next step in its evolution. So now instead of just typing Aso, theres an Its Always Sunny in Philadelphia clip that says it for you.

Random video of a retching dog? It has renewed purpose here.