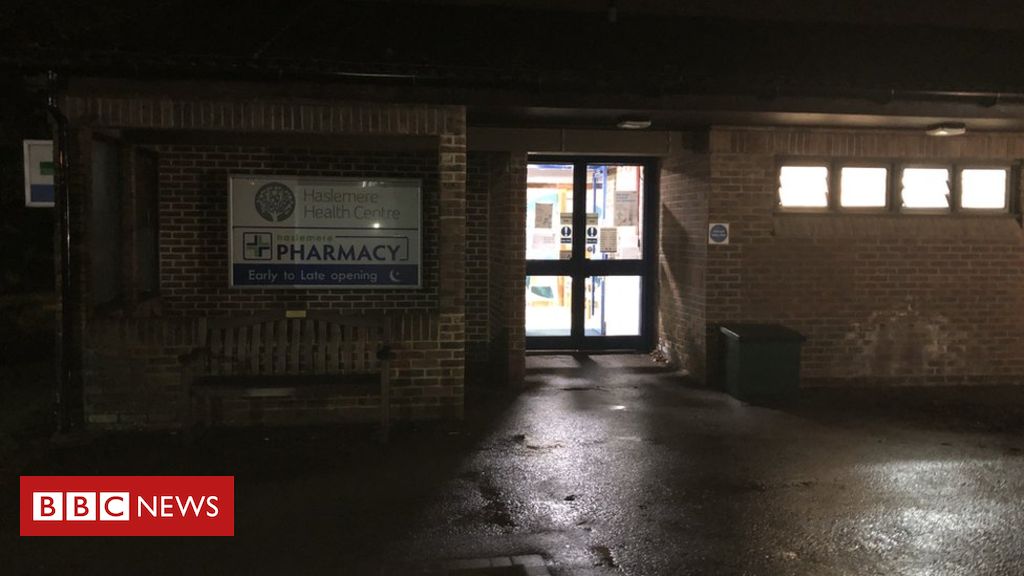 The latest patient diagnosed with the coronavirus in England is the first to catch it in the UK.

It is unclear whether this was directly or indirectly from someone who recently returned from abroad, England’s chief medical officer said.

The man is a resident of Surrey who had not been abroad recently himself.

It takes the total number of UK cases to 20 and comes after a British man in his 70s became the first UK citizen to die from the virus.

That man, who lived abroad, had been taken to hospital in Japan after catching coronavirus on the Diamond Princess cruise ship, which was quarantined off the port of Yokohama earlier this month.

He was a patient at Haslemere Health Centre in Surrey which has been closed for “deep cleaning” since Friday morning.

Prof Whitty said the case was being investigated and contact tracing has begun.

The Department of Health and Social Care said the virus was passed on in the UK but the original source was “unclear” and there was no “immediately identifiable link” to overseas travel.

Public Health England said it was working with Surrey County Council to contact people who had “close contact” with the latest coronavirus case.

Prof Jonathan Ball, from the University of Nottingham, said the latest case marks a “new chapter for the UK” and that it is “crucial” to understand the infection’s origin.

“This was always a concern – this is a virus that frequently causes symptoms very similar to mild flu or a common cold, and it’s easily transmitted from person to person. This means it can easily go under the radar,” the virology expert added.

Prime Minister Boris Johnson, who is due to chair an emergency Cobra committee meeting on Monday, said preparing for an outbreak in the UK was now the government’s “top priority”.

Who did this man catch the virus from?

This is the urgent question that needs answering about the 20th case in the UK.

So far, no connection with anyone who has travelled to an affected country has been discovered.

Until we know the answer it is difficult to know how big a development this is.

This could be an “outbreak of two” – with just one other, still to be identified, person that caught coronavirus abroad.

Or is this the first case to be detected from a much larger outbreak? We know this can happen, Italian scientists believe the virus was circulating there unnoticed for weeks.

For now, we simply do not know, but this is a scenario officials have been preparing for.

When asked if the government should have acted sooner for Britons on the cruise ship, he said it had been following the “best medical advice” about not repatriating people unless it was certain there would not be a spread to the UK.

Mr Johnson has also faced criticism from Labour for waiting until Monday to hold the government Cobra meeting.

What do I need to know about the coronavirus?

But he said he had been working behind the scenes, meeting with the health secretary and chief medical officers to discuss the NHS’s preparations.

Hundreds of guests have been confined to the H10 Costa Adeje Palace in Tenerife after at least four tourists were diagnosed with coronavirus.

Six Britons were among those told by Spanish authorities that they could leave on Friday because they had arrived at the hotel on Monday – after those who tested positive had been taken to hospital.

Earlier three more cases of the virus were confirmed in the UK, including the first one in Wales.

Two new patients in England contracted the virus while in Iran, the Department of Health and Social Care said.