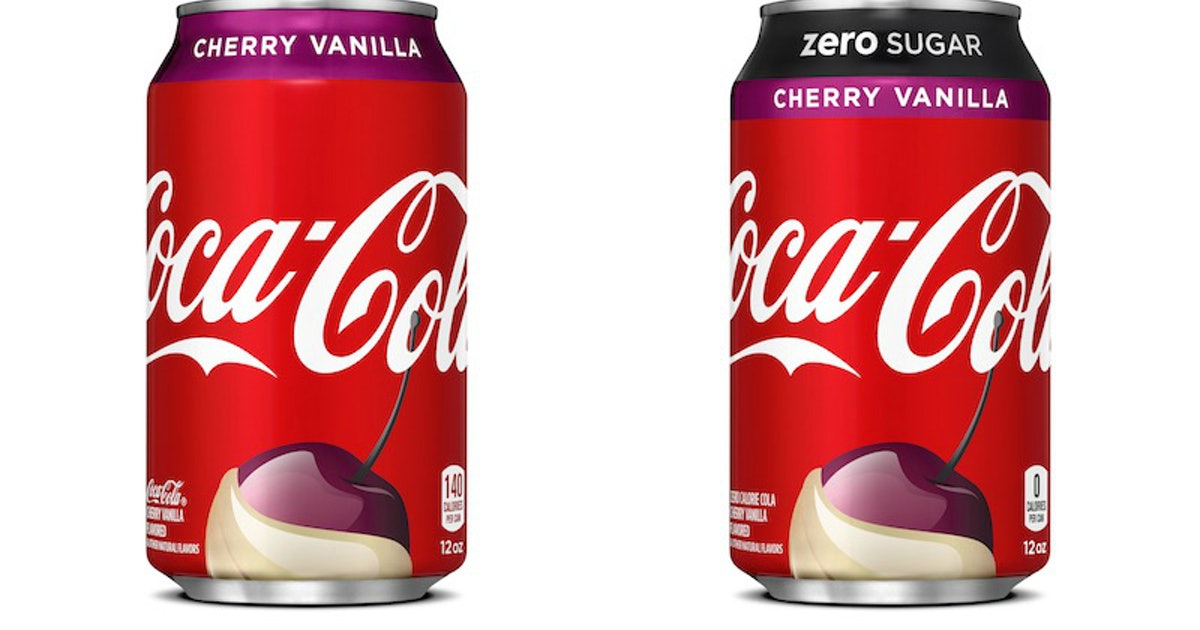 There’s a new Coca-Cola flavor here just in time to sweeten up Valentine’s Day. Get ready to sip on the brand new Cherry Vanilla Coca-Cola, which features a combination of classic cherry and vanilla flavors. Previously, you could only snag this combo from a Coca-Cola Freestyle dispenser, but now that it’s in cans and bottles, you can check out where to get Cherry Vanilla Coke.

You can pick up the new beverage in bottles and cans at the same retailers where other Cocoa-Cola products are sold. As of publication, it’s listed online at Target, which a 12-pack of 12-ounce cans selling for $4.89. Pricing for Cherry Vanilla Coke will vary by location, but it will be similar to what you usually pay for Coke products.

You can also pick up a new Coke Energy, which rolled out nationally on Jan. 20, when you’re checking off your grocery list this winter. It’s the first energy drink released by the Coca-Cola brand, and it’s perfect if you’re a Coke fan looking for a more caffeinated pick-me-up. Coca-Cola hyped the product in its 2020 Super Bowl commercial. The ad featured Jonah Hill sippin’ a Coke Energy to keep him going for a late-night party with Martin Scorsese. The new drink comes in two flavors — Coca-Cola Energy and Coca-Cola Energy Cherry — and they’re also both available in zero-sugar varieties.