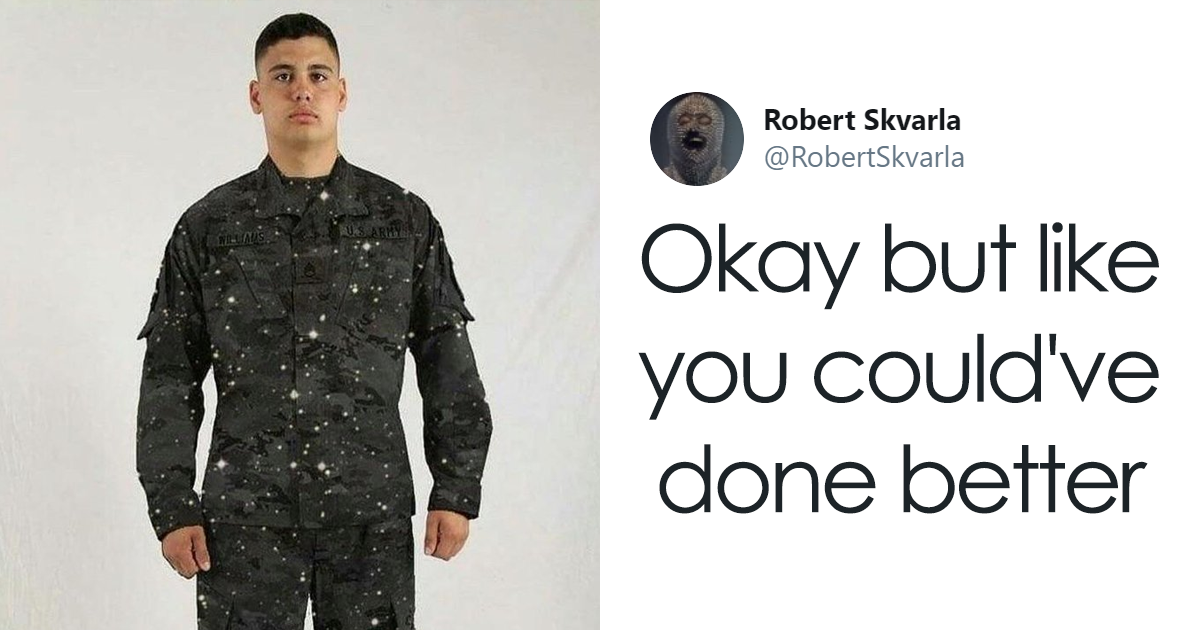 Even though camouflage is something that’s been around for millions of years and isn’t really so much of a human creation as evidence of it can be traced back to fossils of camouflaged insects back from 100 million years ago, humans have adapted this technique with their own twist not only going for military and disguise purposes but also as a fashion element in everyday life as well. That being said, there’s no point in nitpicking the types of camo used in regular clothing but when it comes to military-grade camouflaged clothes, you’d expect they would be actually good at hiding the person wearing it. Therefore, it’s no surprise most people found it hilarious when the US Space Force announced their new camo uniforms and had some suggestions of their own. Scroll down to see what’s all the hustle about!

The US Space Force recently revealed their new camouflage uniforms After all, there are no bushes to hide behind in space…or are there?