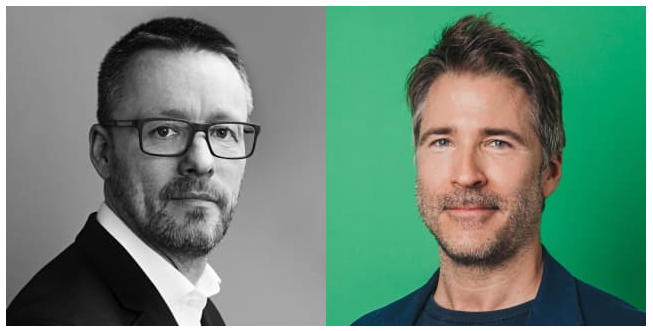 As the Holiday Season approaches, new jobs for players in the tech ecosystem beckon. And this is no less true for investors. Two notable moves have recently happened that are worthy of note in the European scene.

The first is that GR Capital, a pan-European VC, is opening an office in London and has lured Jason Ball, who, earlier this year, left Qualcomm Ventures where had been European Managing Director for over a decade. Ball spent ten years as a mentor at Seedcamp and individually invested in more than ten companies. He was understood to be looking for new challenges, either building a new fund or joining another – so now we have our answer as to what he decided.

Founded in 2016 by Roma Ivaniuk in Ukraine, GR Capital specializes in late-stage VC investments. It has over $70M under management and has invested in Lime, Azimo, WeFox, McMakler, Glovo and Meero among others. Although the fund is based out of Kyiv, Ukraine, it only makes Western European and US investments, and with a London office and the extremely well-networked Ball under its belt, we should be hearing more from them on the wider European scene in future.

Ivaniuk said in a statement that the move “means we can now drive our pan-European business activities from the continent’s most important VC hub, London.”

Ball said “We see a huge opportunity here to connect the dots between West and East. The London ecosystem is an exciting offering for investors in Eastern Europe, which in turn presents unique R&D and growth opportunities for portfolio companies.”

Meanwhile, Jon Bradford was most recently a partner of Motive Partners and a UK investment pioneer — having founded the Springboard Accelerator that merged with Techstars to become Techstars London, as well as helping to co-found F6S and Tech.eu. But he is also on the move, now joining Dynamo Ventures as its newest partner.

Bradford will be joining Dynamo on a full-time basis having previously been an advisor who helped launch the debut fund. He has invested in over 100 startups over the last decade including Apiary, Hassle, Tray.io, Flitto (that recently IPO’ed in Korea), Sendbird and Chainalysis. Dynamo is a US-EU based seed fund focused on B2B startups in supply chain and mobility. It has invested in 20 startups across the US and overseas, investing in including Sennder (Berlin), Skupos, Stord, Gatik and LEAF Logistics.