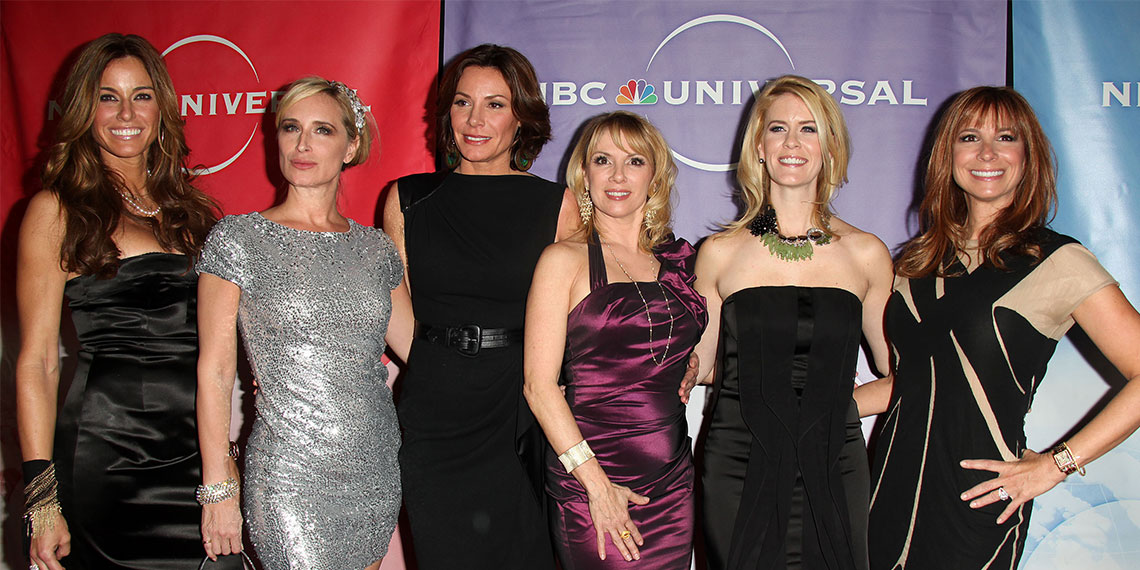 Any Real Housewives Bravoholic knows that our ladies are at their best when they go on vacation. Something about the change of scenery and being out of their element makes these already unhinged women go completely off the rails, and there’s beauty in the breakdown. But which trips deserve a spot in the top tier of the Real Housewives canon? Fortunately for you, I’ve done the lord’s work and broken down the most iconic trips in Real Housewives history.

This trip is a standout for two primary reasons. The first is Ms. Erika Jayne’s completely over-the-top “You don’t know what I deal with every night!” freakout at Eileen, which may be the most emotion we’ve seen from Erika, well, ever. The second is Lisa Rinna’s accusation that Dorit was doing coke in her bathroom at a recent party. It came completely out of left field and is totally may not be true, but cut with the producer’s footage from that night, was one of the realest moments we’ve seen on The Real Housewives of Beverly Hills. And that’s saying something.

This trip cemented Kenya Moore’s status as one of the greatest Housewives of all time. Upon arriving in Anguilla, she somehow manages to take control of the boat and tells everyone to “hold onto your weaves!” She then proceeds to throw a tantrum at the hotel when she finds out her room does not have a bathtub. As if she hasn’t contributed more in this episode than the entire cast of Beverly Hills has in several seasons, she gets into an epic brawl with Porsha that culminates in her proclaiming, “I’m Gone With the Wind fabulous!” and twirling away. For that, I am forever indebted to her.

There were so many unforgettable moments on this trip. A fortune teller predicting (what we now know is correctly) that Mario was cheating on Ramona. The camel being so sick of the Countess’ pretentious bullsh*t that it tried to buck her off two separate times. The most Ramotional fit of crying ever to be seen on national television. And finally, Alex trying to confront Luann in her “Herman Munster shoes” like a “buffalo,” only to be thwarted by Kelly’s constant demands that she “re-enter” because she’s “not authentic” and Luann saying, “Go back to the cabinet you came out of, witch.” So good.

The Gorga-Giudice dynamic is arguably the most compelling part of The Real Housewives of New Jersey. The tension between the two families reached a pinnacle on the cast trip to Lake George in season 5. Melissa literally gets on her knees and begs Teresa to “stop hurting us!” Then, after accusing her brother of being disloyal, Joe Gorga calls Teresa “scum,” triggering an epic Battle of the Joes that leaves these two grown men wrestling on the floor and the venue forever stained with Joe Gorga’s black spray-on hair dye.

Despite how insufferable Luann has been in recent seasons, I can never completely forsake her. This trip is the reason. Hungover and clad in a white bathrobe and sunglasses, Luann is confronted by Heather about an unattended naked man in their house. Luann simply responds, “Be cool. Don’t be all, like, uncool.” She gives negative f*cks and it is not just a mood, it is the mood. This star turn allowed Luann, who’d been demoted to “friend of” that season, to ascend right back to a full-time cast member the following season, where she rightfully belongs. I stan.

If the women of Beverly Hills could give up the dog drama and channel some of the energy from the season 5 trip to Amsterdam, we’d be back in business. Brandi, who I sorely miss, slaps LVP. In another scene, Kim goes in on Rinna, implying that she knows something untoward about Rinna’s husband. Eileen tries to intervene, but Kim snaps and calls her a beast. Eileen summons her years as a storied soap opera star and responds with the perfect “Beast? How dare you.” Kyle literally flees the entire restaurant, too overwhelmed to deal even a little bit. And if that wasn’t enough, Rinna smashes a glass on the table. It’s heaven.

They don’t call it the Berzerkshires for nothing. Though the ladies have been there several times now, this is the one that will go down in history. Bethenny mercilessly takes down Luann for sleeping around and not owning it, screaming “You f*ck EVERYONE!” and calling her every synonym for “slut” in the thesaurus. Just when we think things may finally calm down, Luann makes the fatal mistake of insulting Dorinda’s mom’s cake, sending Dorinda into an epic tirade that will live on in Housewives history: “I decorated, I cooked, I made it NICE!”

Just when we think the New York ladies have peaked, they outdo themselves. This trip has it all: not one, but two fights happening simultaneously at a dinner table, a drunken Dorinda slurring her words with red lipstick smeared across her face, a boat ride so frightening that the women fear for their lives and nearly sh*t themselves, and, finally, a bout of food poisoning that causes almost all of them to actually sh*t themselves.

No one travels better than the women of The Real Housewives of New York, and this trip is the jewel in the crown. There are so many quotable moments that it would be virtually impossible to list them all. Jill Zarin’s “HAAHHAIIIIIIII” as she crashes the trip is bone-chilling. Alex’s attempt to walk seductively during Kelly’s “photoshoot” while channeling her “Johan face” was blood-curdling. But nothing was more frightening than Kelly’s complete and utter mental breakdown “breakthrough” where she rambled on about Al Sharpton, satchels of gold, and jelly beans. I couldn’t GO TO SLEEP even if I tried. At least among all of the darkness we had Turtle Time.

Taylor in a suitcase.

Lizzie provoking Tamra to run away and threaten that we would never see her face again (unfortunately she did not make good on that promise) should have earned Lizzie another season.

Of course, only crowning 10 trips with this distinguished honor means that some memorable trips had to be left out. Which were your favorite trips? Let me know in the comments!