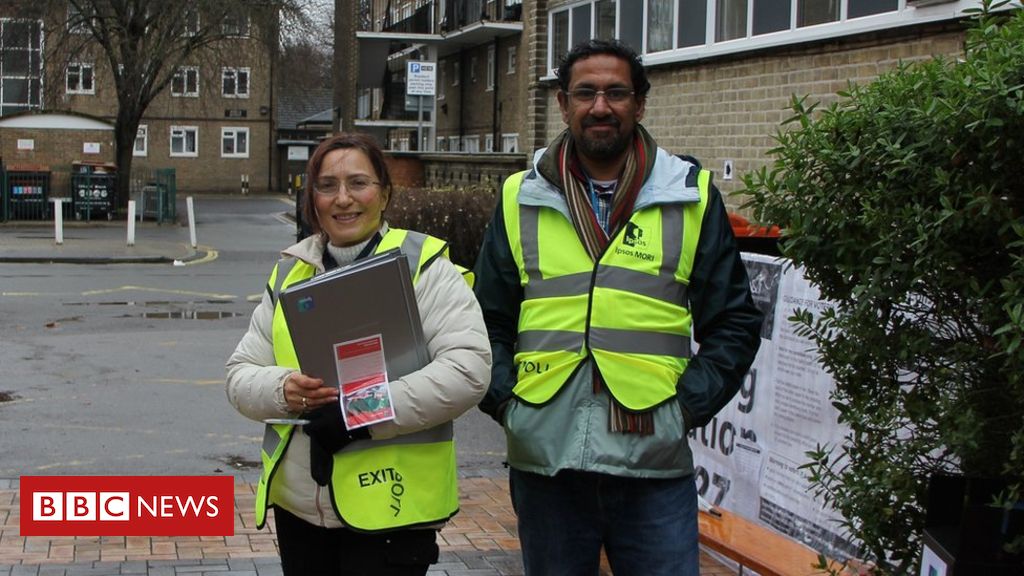 As the polls closed at 22:00 GMT on Thursday night, the UK had its first real indication of the general election result with an exit poll for the BBC, ITV and Sky News.

The survey taken at UK polling stations suggested that the Conservatives would get 368 MPs – 50 more than at the 2017 election – when all the results have been counted.

What is the exit poll?

The exit poll is a survey of thousands of voters just after they have cast their ballot. It covers England, Scotland and Wales but not Northern Ireland, where a different set of parties dominate politics.

How does it work?

The exit poll is based on 144 constituencies in England, Scotland and Wales. The constituencies are chosen to be demographically representative of the country, balanced between rural and urban seats, and weighted slightly in favour of marginal areas.

The same constituencies are surveyed from one election to the next, for consistency. But there are a number of exceptions to this rule: if a seat disappears from the electoral map because of boundary changes, for example, or if the seat is held by the Speaker, whose election is traditionally not contested by other parties.

Exit pollsters base themselves at a selected polling station in a chosen constituency. Voters emerging from the polling station are waylaid at regular intervals – every 10th voter, for example – by these fieldworkers, employed by polling specialists Ipsos Mori. They are given a replica ballot paper and asked to fill it in without anyone watching. They then drop the replica paper into a box that will be opened later.

Crucially, they do not have to say out loud how they voted – the idea is this increases the accuracy of the results, says Stephen Fisher, associate professor of political sociology at the University of Oxford.

The results are then analysed by a team of experts at a secret location in London.

How accurate is the exit poll?

It has been becoming more accurate as the methodology improves. The rough rule of thumb is an exit poll that comes within 15 seats of the final outcome is considered accurate, Prof Fisher says.

The 2015 exit poll was more accurate than the opinion polls during the campaign but did not predict a Conservative majority.

In 2017, the first take of the exit poll correctly predicted the Conservatives would be the largest party, but stopped short of saying there would be a hung Parliament.

One of the worst misfires was in 1992, when two separate exit polls, for the BBC and ITN, both predicted a hung Parliament. Instead, John Major’s Conservative government held its position, albeit with a significantly reduced majority.

The first result from the 2019 exit poll will not cover the last half hour or so of voting. If there’s a late rush of voters that could change the result, the exit poll could be updated with a new headline after about 23:00 GMT.

What about postal votes?

They are not included directly but the analysts do consider any evidence the changes among postal voters in the polls are different from those among in-person voters, Prof Fisher says.

How quickly will we know if the exit poll was right?

It may take some time for the full picture to emerge but if there’s a strong trend, the first seats to declare, traditionally in the north-east of England, will confirm the exit poll’s prediction – or not.

The only way to find out is to be watching on Thursday night.