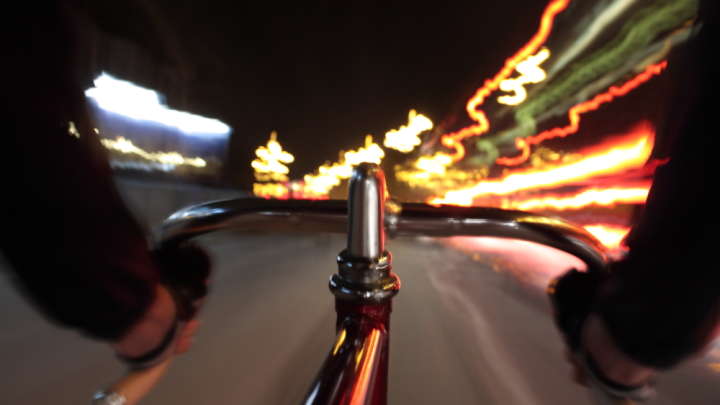 A new medical case report tells the story of how a teenager “degloved” his penis and ripped open his scrotum after suffering a freak accident on his bicycle.

As reported in BMJ Case Reports, the 14-year-old boy was cycling one-handed at walking pace along pavement while holding a drink when he collided with a parked car. Somehow, the handlebars ended up impaling his groin.

He was rushed to A&E at John Radcliffe Hospital in the British city of Oxford, where doctors found a large gash extending across his groin, the pubic bone, and down into the perineum, a part of the body between the anus and the genitals. The injury also ripped and inverted his scrotum, and “partially degloved” the penis. For those blissfully unaware of what “degloving” means, it describes an injury when the skin is completely torn off the underlying tissue and its blood supply is severed.

The teenager’s injuries were so severe, doctors were able to see his corpus cavernosa (part of the penis’ sponge erecticle tissue) and tunica vaginalis (the membrane that covers the testicle).

Pediatric surgeons managed to close the wound successfully and no significant neurovascular damage was found. Remarkably, the teenager was discharged from the hospital the following day with a course of antibiotics. During a 4-week follow-up appointment, he reported having normal sensation in the area and experienced no problems peeing. It’s unclear whether the injury will affect his sexual function.

The moral of the story, according to the teenager’s doctors, is to put a plastic covering on the end of your bike handlebars. They cite a previous study that looked at over 800 bicycle injuries in children, 21 of which were caused by handlebars. Out of the 10 cases that resulted in life-threatening trauma to the lower abdomen, 10 of them were caused by handlebars that had no plastic covering on the ends.

As far as they can tell, the doctors believe this is the first known case of such an injury caused by bike handlebars, although the case report does note an incident with a 49-year-old man who suffered a similar penis injury after crashing a snowmobile. They also write that the majority of penile degloving injuries are the result of dog attacks, industrial machine accidents, and “sexual misadventure.”

“Handlebar injuries causing blunt abdominal trauma are well described in the literature; however, reports of impalement or degloving injuries are sparse,” the study authors write. “It is relatively unique in the series of handlebar-related injuries in existing literature and serves to broaden our
experience of impalement injuries caused by bicycle handlebars.”