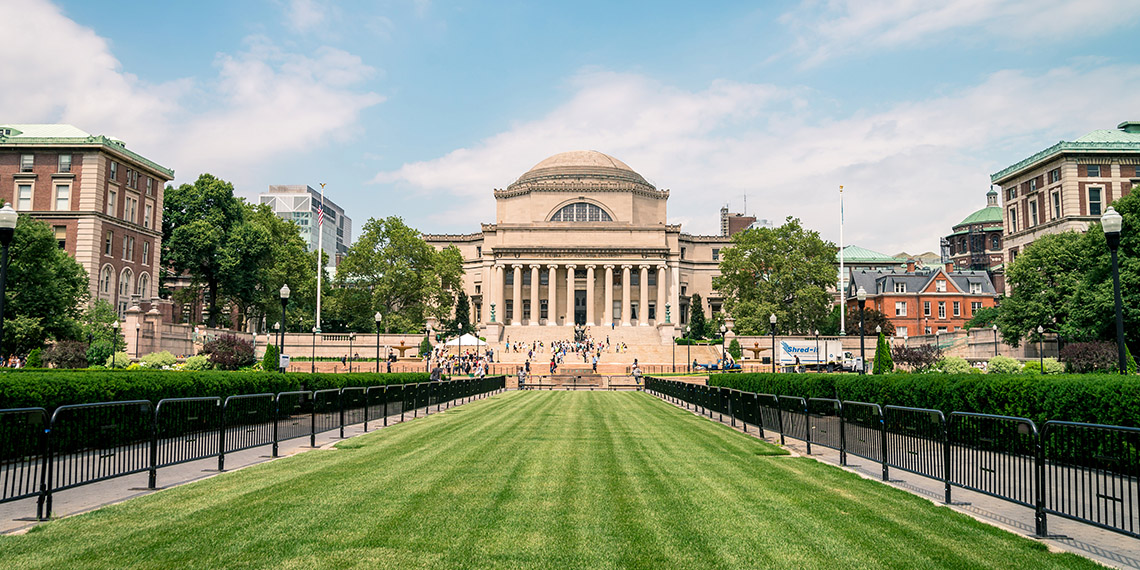 I think it’s pretty safe to say that none of us are having the 2020 that we planned for ourselves. I certainly wasn’t expecting to spend eight straight weeks working from my couch, pondering whether going for a walk is worth the risk of some rando walking too close to me. But while I’m perpetually bored in the house, at least coronavirus didn’t f*ck over my entire college experience. Many college students are unhappy about this whole situation has been handled, and now universities are being sued as a result.

Last month, as the threat of COVID-19 became more clear, colleges and universities across the country shut down, sending students home for the remainder of the spring semester and moving classes online. While we’ve all had to adjust to the new normal of living our lives on Zoom, for most people, going to college isn’t just about the classes. Schools charge thousands of dollars for a wide range of benefits—access to facilities, activities, academic and career resources—and many of those don’t translate to Zoom.

This week, students at Columbia University and Pace University filed legal complaints against their respective schools, claiming that the schools are refusing to refund tuition and fees for this semester, despite all the services that have been interrupted due to the pandemic. The complaints, which are both being handled by the same law firm, contain a detailed list of benefits that are supposed to be included with the payments, like “Extracurricular activities, Access to facilities, and Hands-on learning and experimentation.” I guess it makes sense that “getting drunk with your friends” isn’t technically included in tuition, but that’s also an important part.

So basically, students are only getting like, 10% of the stuff they’re paying for, but universities aren’t in the mood to acknowledge that. While Columbia only completed about half of its semester before moving online, the complaint states that the student “was refunded just 11% of their mandatory fees for the semester.” This seems like a low number any way you look at it, but especially when you take into consideration that Columbia has an endowment of $10.9 BILLION. Yeah, I’m pretty sure I would want my intramural sports fee refunded, too.

Downtown at Pace University, the situation isn’t much better. The Pace complaint specifically references dorm costs—the plaintiff paid over $9,000 to live on campus for the semester. But, despite the fact that she had to leave the dorm halfway through, Pace is only offering to pay back $2,000. I’m no math major, but this seems wrong. Pace has a much smaller endowment than Columbia (still $182 million), but I don’t really see how that should be the student’s problem. If someone told me I had to move out of my apartment today, but still pay rent for the next two months, you better believe I’d be dragging my landlord’s ass to court (I’d like Judge Judy, if possible).

These newly filed complaints join a growing number of legal cases against universities for largely the same reasons. University of Miami, University of Arizona, and Drexel University are facing similar legal claims, and I’d imagine we’ll be seeing more of these in the next few weeks. College tuition is f*cking expensive—undergraduate tuition and fees at Columbia University total over $60,000 a year—so no one is going to be down to pay for things they’re not even getting. Obviously, right now is a stressful time for universities as well, but that doesn’t mean they should get to take advantage of their students.

One university that seems like it *might* be doing the right thing amid all of this chaos is Harvard. I say *might*, because I have an inherent distrust of all these institutions, but that’s another issue for another day. In the stimulus package that Congress passed last month, it turned out that Harvard qualified for nearly $9 million in aid. Uh, why? I really don’t understand how the stimulus works, all I know is that I haven’t gotten my $1,200 yet. But whatever, Harvard qualified for the money. Naturally, this raised some eyebrows, considering that Harvard’s endowment is a staggering $40.9 billion. Take that, Columbia.

While Harvard initially announced plans to dedicate the stimulus money to helping students with financial aid, that plan didn’t last long. Many people, including President Trump, said that the university should not accept the money, and after mounting public pressure, they gave in on Wednesday. I d0n’t know, I feel like $9 million of financial aid might actually be useful, but hopefully Harvard will use their huge endowment to help out its students. Maybe? And hopefully Harvard’s stimulus money will go to small business owners, or another group who really needs it right now.

I’m very glad that I graduated from my top-tier party school when I did, because this would have been very depressing. But it’s even worse that students are getting screwed out of things they’ve already paid thousands of dollars for, and the schools don’t really seem to care. Like, you may not have used the campus gym when it was open, but you definitely shouldn’t have to pay a fee for it when A) it’s closed and B) you’re 1,000 miles away at your parents’ house. Idk, it doesn’t seem that complicated.