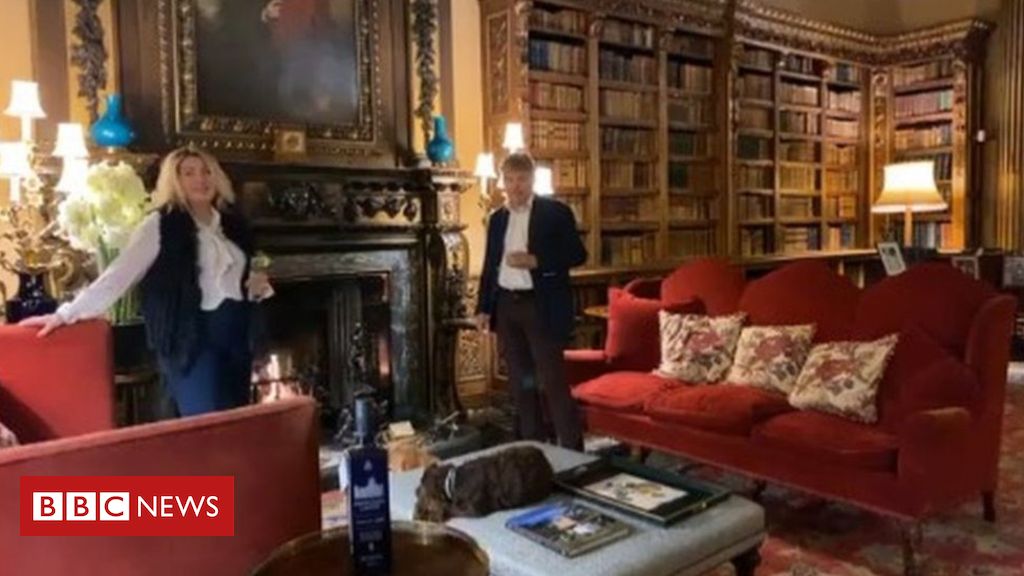 A virtual cocktail party has been held at Highclere Castle, the setting for the hit TV series Downton Abbey.

Hosted by the Earl and Countess of Carnarvon in the library, the event featured drinks that were popular at Highclere in the 1920s and 30s.

At least 50,000 fans from around the world are thought to have watched the Friday evening broadcast.

The stately home, near Newbury, Berkshire, has been closed since 23 March, with most staff furloughed.

Lady Carnarvon said she hoped the event lifted spirits “when we are all struggling through these particular weeks”.

She added: “I imagine those who lived here during the Second Wold War also wondered ‘when will it end?’

“This time too will pass and we will get through it.”

The period TV drama, which was a hit around the world, ended in 2015 after six series.

The show, which had an ensemble cast led by Hugh Bonneville and Dame Maggie Smith, followed the ups and downs of the Crawley family and their servants.