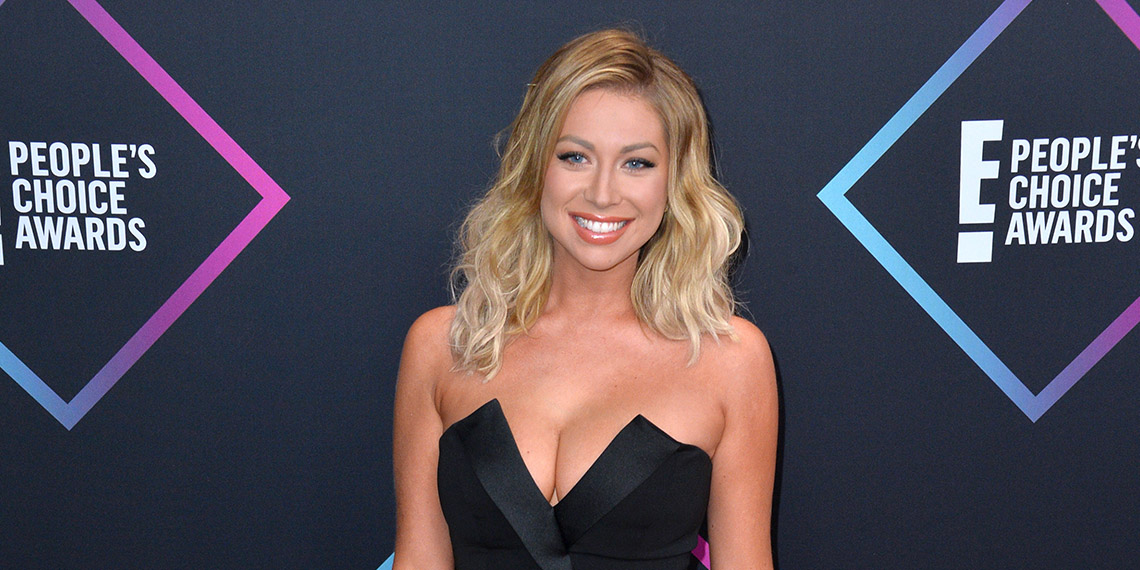 As much as I hate to admit it, this season of Vanderpump Rules has been disappointing. We had to sit through nearly a dozen episodes dedicated mostly to Jax and Brittany’s fairytale wedding, and things haven’t gotten much more interesting in the weeks since. But just because the actual episodes have been slow doesn’t mean there’s not some interesting drama playing out in real life—or, because we’re all quarantined, playing out on social media.

Last Friday, Stassi Schroeder tweeted a joke about how she would willingly go back to being a waitress at SUR if it meant the quarantine would be over. If you watch the show, you know that Stassi never actually liked working at SUR, so this is a pretty big statement for her.

I’m willing to go back to waitressing at SUR for this quarantine to be over. Honestly— at this point, I’d pay to put on that SUR dress and clock in.

Stassi obviously meant it as a joke, and plenty of people found it funny, including SUR manager Peter Madrigal, who responded to Stassi with a shift assignment. But not everyone appreciated Stassi’s joke. Danica Dow, a SURver who is new to Vanderpump Rules this season, called Stassi out for being tone-deaf. She noted that due to the closure, SUR employees have had to file for unemployment, and Stassi is “insensitively cracking jokes” while the Toms are raising money for their employees (more on that in a minute).

While Tom & Tom are raising money for their employees, you’re kind of insulting this pandemic that has left everyone at sur having to file for unemployment. Everyone at sur is struggling while you’re insensitively cracking jokes & sitting pretty in your new house smh.

While I wasn’t immediately offended by Stassi’s tweet, Danica definitely has a point. Though COVID-19 has affected everyone—Stassi even had to postpone her tour—it’s not quite the same. She’ll probably be just fine, while all of the people who actually work at SUR (they’re not all TV stars) are struggling, and would probably love to be able to go back to work right now.

Some people replied calling Danica thirsty or jealous, but even if that’s true, she’s not wrong about the situation at SUR. According to some reports, Lisa Vanderpump and the other owners aren’t doing anything to help out their restaurant employees right now, which is really disappointing. Lisa even told Andy Cohen that “they’re all on unemployment.” I don’t know the details of her finances, but if she’s anywhere near as rich as she comes across on the show, paying some bartenders seems like the least she could do. Lisa, what’s up?

But who here is actually doing the right thing? Tom and Tom! As much as Tom Schwartz is on my sh*t list right now on the show, he and Tom Sandoval are at least trying to do something good for their employees. The Toms are together during quarantine, and they joined Cameo to raise money for the TomTom staff. 100% of the money they earn from Cameo goes to the employees, and they’re matching everything up to $10,000. I’m not expecting these people to be writing million-dollar checks, but this feels like they’re really doing what they can.

Millions of people in the restaurant industry are out of work bc of #covıd19 including our @tomtom Family, @twschwa and I are donating 100% of our earnings from cameo to our TomTom Staff & matching the amount up to $10,000!! Book ur @cameo today and get a personalized message from the #2toms !! -❤️LINK IN BIO ❤️-Thank u so much everyone! Stay safe! We love u! #pumprules

In Tom Sandoval’s comments, someone tried to come for him for not just paying his employees normally. Tom, who is an angel on earth, responded that “as a 5% owner, this [is] what I can do.” Okay, we stan. As we all know, Tom and Tom are not actually the majority owners here—that’s Lisa Vanderpump! This response from Tom feels like both an actual explanation and some subtle shade at Lisa, and she kinda deserves it.

So what does this all boil down to? Right now is an extremely tough time for people in service industries, and it’s sad that more employers (especially those with money) aren’t helping their staff out. So Stassi’s joke was probably in poor taste, and Danica wasn’t wrong to point that out, but the real issue here is that Lisa Vanderpump could probably be doing more to help her employees. Thankfully, Tom and Tom are doing what they can, but it’s just not enough. All I know is that when this is all over, I’m going to SUR, and I will be tipping generously to thank these people for all they’ve given us. It’s the least I can do!