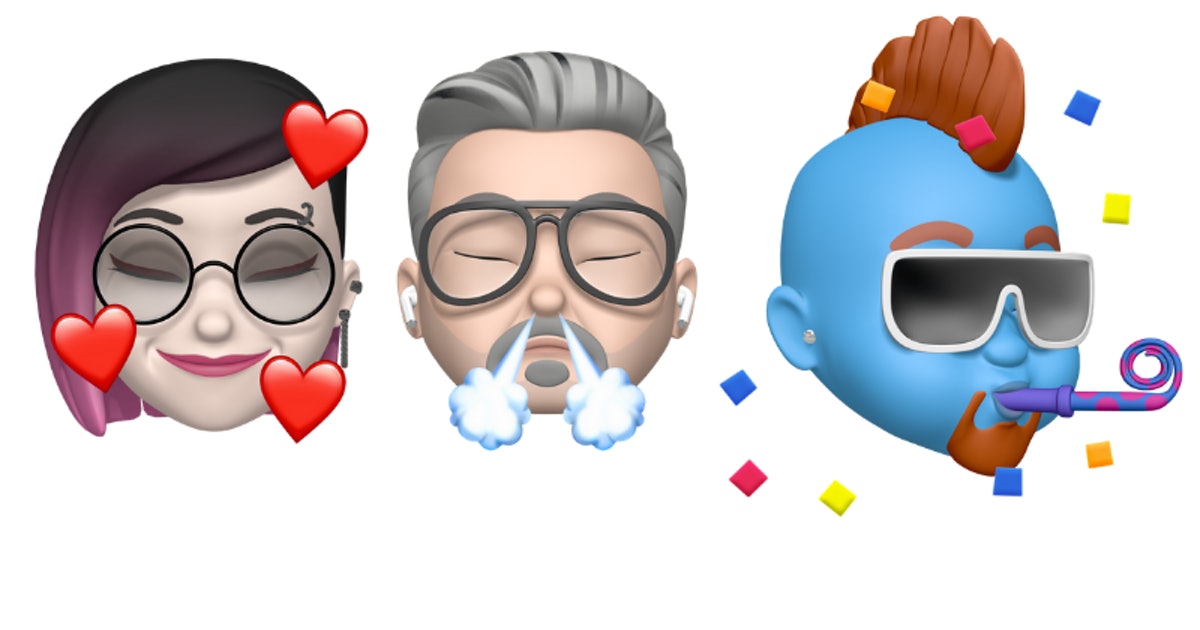 These New Memoji Stickers In Apple’s iOS 13.4 Update Include A Party Face

After months of anticipation, Apple rolled out its latest operating system update along with a slew of new features. As of Tuesday, March 24, iOS users can now check out the new iCloud Drive Folder Sharing and universal purchase support for all your devices, as well as nine new Memoji stickers to help you showcase your personality. These new Memoji stickers in Apple’s iOS 13.4 update include everything from a party face (or party horn, as the official name suggests) to a person rolling their eyes, so it’s safe to say you’ve got even more emotions to channel with your Memoji now.

Apple users might remember the tech giant first unveiled personalized Memojis back in 2018 before rolling out Memoji stickers — which are basically a crossover between emojis and bitmojis — back in 2019 with the launch of iOS 13. Unlike the previous Memojis, which would mimic your facial expressions and create avatar versions of yourself with 3-D technology, the Memoji Stickers let you infuse even more personality into your texts and social media posts.

Now, Apple’s iOS 13.4 update for iPhones and iPads will help you add even more fun to your posts with nine new Memoji stickers, including a party face, smiling face with hearts, a face with eye rolling, a face huffing with anger, a face screaming, a person gesturing no, a person with folded hands, a person behind a laptop, and a person tipping their hand. Basically, it’s all the emojis you know and love personalized to your appearance and style.

Apple’s examples of the new stickers include different base Memojis, but the expressions will show up on whatever your personal Memoji looks like.

To get these new Memoji stickers, you’ll need to update your iPhone and iPad with either iOS 13.4 or iPadOS 13.4, respectively. As always, you’ll want to go to the Settings app on your device of choice, then select General and then Software Update. You should see one of the two new operating systems there, depending on whether you’re using an iPhone or iPad. Once you’ve clicked on Download and chosen to Install iOS 13.4, you can sit back and wait for all the new OS features (along with regular bug fixes) to show up on your phone — including Universal Purchase Support linking all apps to your Mac, iPhone, iPad, iPod touch, and Apple TV together, as well as Apple service receipts if you’re an Apple Card holder.

The new operating system for iPhones and iPads is currently available, so set aside some time to update get in on all the features and start playing around with the new Memoji stickers.