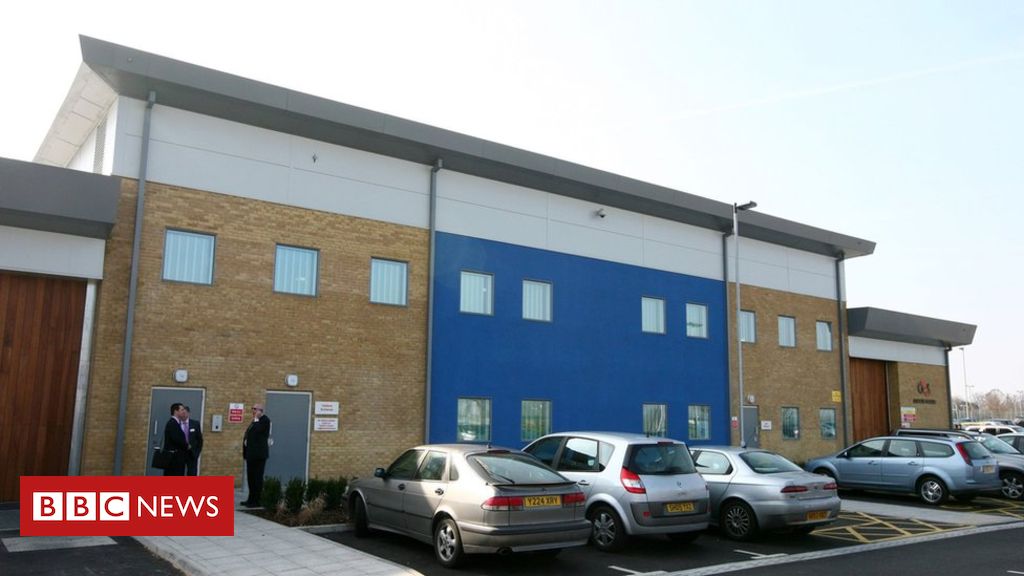 Three immigration removal centres in the UK are housing people with symptoms of coronavirus, the BBC has been told.

One of them, Brook House immigration removal centre (IRC) near Gatwick Airport, has been placed on “lockdown”, according to detainees.

A High Court case later will decide if detainees should be temporarily released while the coronavirus crisis is ongoing.

The Home Office says it is following guidance from Public Health England.

It says Brook House IRC, in West Sussex, is taking the necessary measures to ensure the safety and security of both staff and detainees.

Detainees told the BBC they have been sent a note informing them that emergency measures would be introduced requiring them to remain in their rooms with controlled access to showers and fresh air.

In normal circumstances, most detainees in IRCs are released back into the community after they are found to have a right to remain in the UK or while they are awaiting the outcome of their case.

Detainees and charities say three of the UK’s seven immigration removal centres currently have people quarantined with symptoms of coronavirus.

Five detainees in immigration centres have spoken to the BBC. Detainees say they have not been provided with free soap in those three centres, making it impossible to follow guidelines on washing hands.

A detainee who has a role of cleaning inside one of the centres – Harmondsworth, in west London – said he was aware of a cell not being cleaned after a man with symptoms was moved elsewhere to be quarantined and a new detainee was moved in.

He said: “The way we’re being treated is disgusting. People are moving in and out of cells…. without [the cells] being cleaned.

“I felt sorry for the [detainee that was moved in], the person knew nothing about the cell”, he said.

The Home Office says bedrooms are deep-cleaned after a detainee has left isolation and handwashing facilities are available in all immigration removal centres.

A detainee in Brook House says he saw a man who served food in the canteen be escorted by staff to isolation. He said the man was so breathless that he couldn’t walk by himself.

“He had been serving food the day before,” he said.

During the coronavirus pandemic, the BBC has been told by immigration lawyers that the Home Office has continued to arrest people and place them in IRCs, including in the last few days.

However, the lawyers have told the BBC there is an inability to remove people to their countries of origin because of a lack of deportation flights.

Toufique Hossain of Duncan Lewis solicitors says “it is now abundantly clear the Secretary of State has no lawful basis to detain simply because removals can no longer take place.”

Mr Hossain says a client of his legal firm who is living with HIV was detained as recently as last week.

Another detainee has told the BBC he was arrested in early March with a cough and a fever, but was still transferred to Morton Hall IRC in Lincolnshire.

He was asked by a nurse – who was wearing no personal protective equipment – why he had been sent there given that he was displaying symptoms. He has since tested negative and been released.

Bella Sankey, from the Detention Action campaign group which is taking the legal action in the High Court, says IRCs need to be closed immediately.

“These are not closed centres, they’re not like cruise ships, staff go in and out of detention centres as visitors, and indeed the majority of people detained in our immigration estate will eventually be released back into the community,” she said.

“It’s not only inhumane to carry on detaining people in these circumstances, but it’s actually a danger to public health nationally.”

The BBC understands that around 900 detainees were in the UK’s immigration removal centres last Friday, after the release of 300 people last week.

Later on Wednesday, in the High Court, Detention Action is taking legal action against the Home Office.

A government statement said: “Decisions to detain are made on a case-by-case basis and kept under constant review, but our priority is to maintain the lawful detention of the most high-harm individuals, including foreign national offenders.”