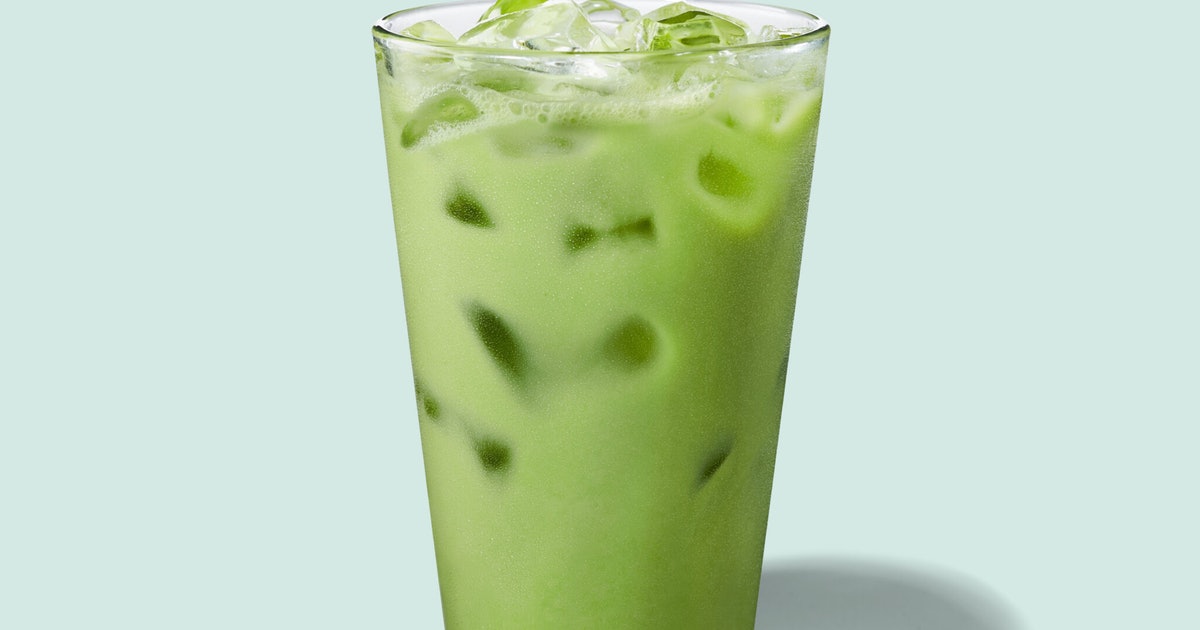 Beginning on Tuesday, March 3, customers can get their hands on exciting seasonal drinks at the coffee chain. The bright green Iced Pineapple Matcha Drink is a non-dairy beverage that uses coconut milk as a milk-alternative. It’s a blend of premium matcha green tea, flavors of pineapple and ginger, coconut milk, and ice. Elite Daily’s Deputy Editor of News and Entertainment, Tina Kolokathis, tried out the new sip and praised its refreshing taste, pointing out its unique tropical flavor. “The Iced Pineapple Matcha is like the perfect sweetened matcha with the hint of pineapple and creamy coconut milk,” she shares. The new ‘Gram-worthy drink is a permanent addition to the chain’s menu.

You can also get another colorful non-dairy iced beverage: the Iced Golden Ginger Drink. It’s a combo of ginger, pineapple and turmeric flavors, coconut milk and ice. According to Kolokathis, the beverage has similar flavors to to the Iced Pineapple Matcha Drink. “The Golden Ginger is also tropical tasting because it’s basically the same ingredients, but instead has a little bit of that spice from the ginger,” she explains. This golden sip will only be around for a limited time.

If you’re looking for a caffeine kick this spring, check out the new Nitro Cold Brew with Salted Honey Cold Foam. It features the chain’s fan-favorite cold brew with a sweet twist: it’s topped off with salted honey cold foam and a dash of toasted honey. This sip is also a new permanent addition to the menu.

There are also two new bites to indulge in while you’re swinging by Starbucks this season — the Bacon, Sausage, and Egg Wrap, and the Southwest Veggie Wrap. They’re great options if you’re looking to chow down while you’re on the run. The Bacon, Sausage, and Egg Wrap is a solid choice for meat lovers, while the Southwest Veggie Wrap is a vegetarian menu item.

I’d recommend trying out Starbucks’ new spring beverages during the Happy Hour event on Thursday, March 5. During the promo, you’ll get a BOGO deal on any handcrafted beverage from 2 p.m. through 7 p.m. local time at participating Starbucks locations nationwide.