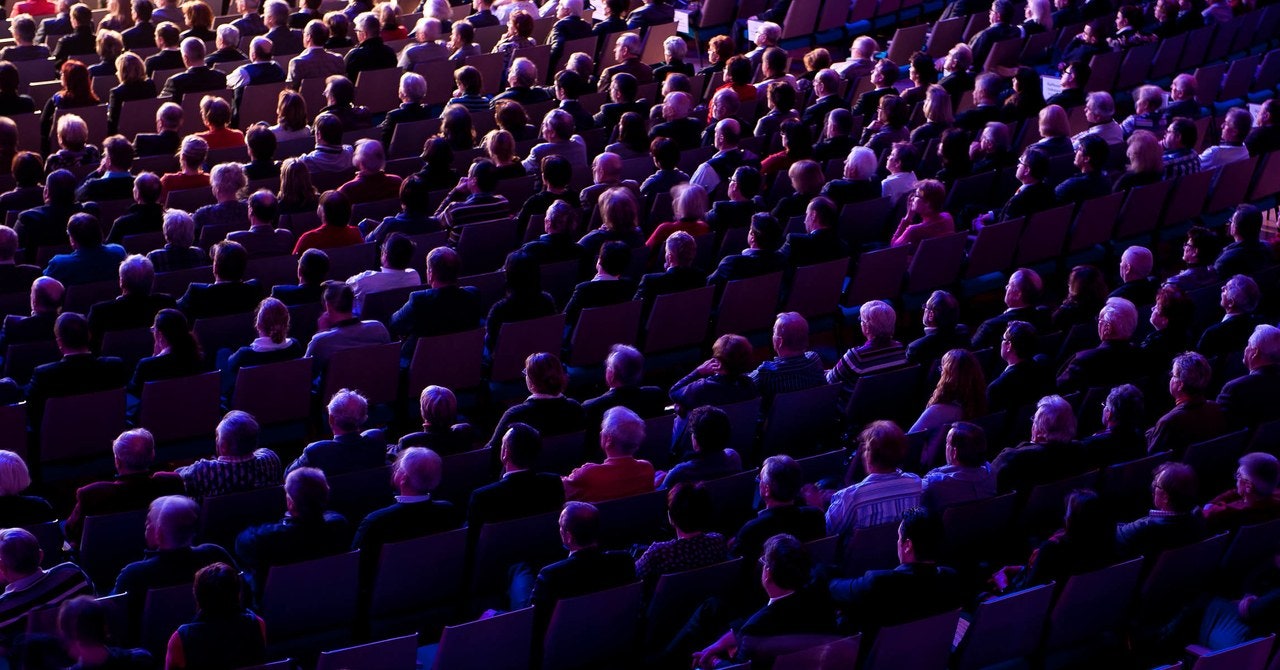 The first conference to go was Mobile World Congress. The annual gathering of electronics makers and phone geeks announced the cancellation just weeks before it was set to begin, in late February, for the sake of safety. Global concern over the new coronavirus was rising, and plus, exhibitors were dropping left and right.

Next came Adobe Summit. Then Facebook F8. Within weeks, Google had canceled its annual developer conference, Google I/O, and Google Cloud Next, its cloud-focused conference. Microsoft called off its MVP Summit. IBM pulled the plug on Think. TED decided to hold off on its gathering, debating only whether to delay it or put it online. The organizers of SXSW wrung their hands, even after its biggest tech exhibitors—Twitter and Facebook among them—pulled out. On Friday, the city of Austin finally canceled the event.

As concern over Covid-19 sets in, people around the world are rethinking large gatherings. Social soirees have been canceled, universities are moving classes online, and more companies are instituting mandatory telecommuting policies—Facebook, Twitter, Google, and Salesforce have each asked their employees to work from home in recent weeks. If the coronavirus is going to reshape the way we work, as some have hypothesized, it will also need to change how we do conferences, a trillion-dollar industry in which millions of people participate each year. A new group of startups is trying to sell the business world on the value of virtual alternatives, but the appeal of networking IRL has so far had a stubborn way of sticking around.

Conferences have long been the gold standard for exchanging ideas and strengthening professional relationships, both in business and academia. Sure, they can be a bit stuffy, but gathering people in the same room has measurable benefits. One study, from MIT, found that scientific collaborations that came out of conference meetings were “more novel, cross-disciplinary and more frequently cited than projects between two researchers in the same institution.”

It’s the execution of those events that’s often lackluster: People gather in hotel ballrooms, sit in stiff chairs, and watch a series of unsurprising talks and panel discussions. Many conferences end up being self-congratulatory echo chambers rather than forums for new knowledge. Technology hasn’t created much disruption either. Instead, tech conferences have become high-production spectacles as the industry emulates Steve Jobs and his commercial-style developer conferences. Those events aren’t cheap, either: Adobe Summit, before turning itself into a digital-only event, charged $1,695 per ticket—and that was the early bird price. That’s to say nothing of the cost of travel and the inevitably overpriced conference hotel rooms.

The alternate ideas have been fairly uninspired: webinars, panel livestreams. Xiaoyin Qu, the cofounder of a new virtual conference startup called Run the World, says the problem with most virtual conferences is the inability to meet other people. She attended dozens of conferences last year for market research and found that the best moments often weren’t the keynote speeches, but the breakout sessions or coffee breaks when conference attendees could bump into one another. When people met someone at a conference whose work was relevant to them, it made the $1,000 ticket worth it. When they didn’t, conferences sometimes felt like “a waste of time.”

Run the World came out of stealth this month and has backing from Andreessen Horowitz. Connie Chan, the general partner who led the investment, described Run the World as “a hybrid of Zoom video, Eventbrite ticketing, Twitch interactivity, and LinkedIn networking.” The platform allows conference organizers to livestream talks, discussions, and panels in return for a 25 percent cut of ticket sales. It also lets conference attendees fill out a profile describing their interests and uses an algorithm to match them with others; a virtual “cocktail party” feature lets attendees meet each other through video calls. (The “cocktails” are, obviously, BYO.)

Hopin, another startup that came out of stealth a few weeks ago, takes a similar approach to virtual conferencing. The platform combines livestreamed presentations with virtual networking, including a ChatRoulette-style feature for meeting other attendees. Most of the networking at conferences happens during unscheduled time, when people are milling about or hanging around the hotel bar. “That’s why people go to events; it’s not for livestreaming,” Hopin’s founder, Johnny Boufarhat, told Crunchbase News. “You go physically to network with people, to interact with people. And that’s what we solve.”

Moving conferences online can solve other problems, too: It reduces travel costs, environmental pollution, and accessibility concerns. Cutting out the in-person costs can also significantly reduce the price of admission and lets conference organizers invest more of their budget into speakers. For many conferences, Qu says, “around 20 percent is spent on the venue, 20 percent on food and beverages, and almost 20 percent is on equipment.” Most budgets she looked at had left conference organizers with less than 5 percent of their budget for program design and speaker fees.

The idea isn’t to make conferences free or accessible to everyone: some friction, Qu says, ensures that the relevant people show up and actually participate. But because conference organizers don’t have to worry about filling a big venue, in theory they can spend more on paying speakers’ fees and can create more-focused events. Qu has already seen people using Run the World to organize super-niche conferences, like an event for coaching engineers on how to date. It had 40 attendees. “If you no longer need to sign a venue lease 10 months before the conference and hire 30 people to work on that for a half a year, then it makes more sense to do these,” says Qu. “You don’t need to wait until 100,000 people show up to make it happen.”

Still, virtual conference platforms haven’t found much traction. David Pearlman, who researches travel and tourism at the University of New Orleans, wrote a paper a decade ago about the promise of virtual reality for the conference industry. Back then, he thought virtual conferences had a good shot at becoming the industry standard. But they haven’t really picked up momentum. “If anything, they’ve died back,” he says.

That’s partly because most people don’t own virtual reality headsets. But Pearlman says it’s also because meeting people as an avatar remains awkward, and digital platforms have struggled to re-create serendipitous encounters. Linden Lab, the maker of Second Life, has been trying to solve this with a virtual reality event space called Sansar, launched in 2017. Participants can log on to chat with each other from around the world or attend live concerts in VR. These aren’t simply livestreams—they’re events designed to foster person-to-person interaction. (The company’s pitch for its concerts: “Meet friends, cop merch, snap selfies. Show off your best moves and emotes: the floss, the shoot, the shiggy, whatever.”) Recently, Sansar introduced a virtual conference stage too, but it hasn’t taken off.

As more conferences get canceled or moved online, organizers could have a chance to explore these emerging platforms as an alternative to the boring old webinar. Qu says Run the World will waive fees for conference organizers who have had to cancel due to the coronavirus. But that’s unlikely to create a sea change, says Amy Calvert, CEO of the Events Industry Council, a trade group.

The coronavirus outbreak isn’t the first time major conferences have been forced to move online. “There are wildfires; there’s what happened in New Orleans with Hurricane Katrina,” says Calvert. None of those events have spurred an industrywide shift toward digital conferences, she says, because attendees simply don’t get the same value. “The virtual elements are never going to replace the face-to-face meetings, because people want to connect and build those relationships and foster those networks.”

Most major conferences seem to agree. This year, Google has rebranded Google Cloud Next as Cloud Next '20: Digital Connect. It’s the company’s largest annual conference, with over 30,000 attendees, so Google decided to bring it online rather than cancel it outright. “Innovation is in Google’s DNA and we are leveraging this strength to bring you an immersive and inspiring event this year without the risk of travel,” the company wrote after announcing the decision. What does that innovation look like? It plans to webcast the keynotes and add some digital “ask an expert” sessions with Google teams. Perhaps the most innovative thing it’s done is agree to refund the cost of tickets and offer the conference content for free.

Other conferences have made it perfectly clear that they don’t plan to stay digital-only. Collision, a 30,000-person tech conference held in Toronto, announced last week that it wouldn’t be holding its gathering this year and will instead move its programming online. Next year, though, it’s already planning another in-person event.