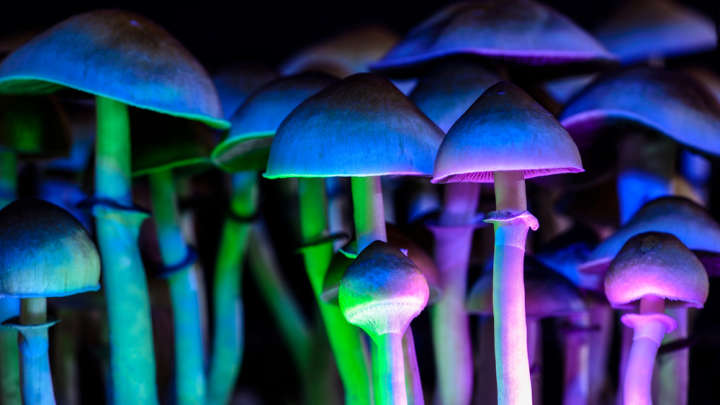 Just one trip on magic mushrooms could be enough to experience a long-term increase in mindfulness and openness, according to a new study. Using brain scans, they were even able to pinpoint the serotonin receptor in the brain that appeared to be responsible for these long-term feel-good changes.

While only a small study, this new research is one of the first to confirm the long-touted idea that just a single psychedelic experience with magic mushrooms can help to improve peoples’ mindfulness.

Reported in the journal European Neuropsychopharmacology, researchers from Copenhagen University Hospital Rigshospitalet gave a single dose of psilocybin (0.2–0.3 milligram per kilogram of body weight) to 10 healthy volunteers, none of whom had previous experiences with taking psychedelic drugs. They were asked to complete personality and mindfulness questionnaires before and after the study to see how their experience affected them.

Eight of the 10 participants had a “complete mystical experience,” with sensations of “ineffability” and “transcendence of time and space.” One week on from the experience, they experienced a significant increase in mindfulness and openness, a personality trait associated with being open to new experiences, creativity, and curiosity. A follow-up questionnaire showed these increases were maintained after three months too.

Mindfulness is a meditative process of bringing your attention to your present experience without judgment – just simply being. It’s a practice used in Buddhism, as well as a strategy to help cope with mental health issues, such as anxiety. While some scientists have criticized the term, arguing it’s a lofty idea that’s difficult to objectively measure, self-reported mindfulness appears to have both physical and mental health benefits.

As part of this study, the researchers also used PET brain scans to see how the brain was changing its activity in response to the psychedelic drug and noted a proportional change of serotonin receptor (5-HT2AR) binding even one week after taking the drug. Interestingly, the researchers also found that “change in 5-HT2AR binding after one week correlated negatively with a change in mindfulness three months after psilocybin.”

“This observation suggests that the psilocybin effect on 5-HT2AR binding is variable and that individual-specific 5-HT2AR regulation,” they wrote.

Not too long ago, our understanding of the benefits of psychedelics was awash with anecdotal hear-say and shaky evidence. However, thanks to resurging interest in studies in this field, a mounting heap of scientific evidence shows the positive effects of psilocybin, the active ingredient in magic mushrooms, on mental health and mood.