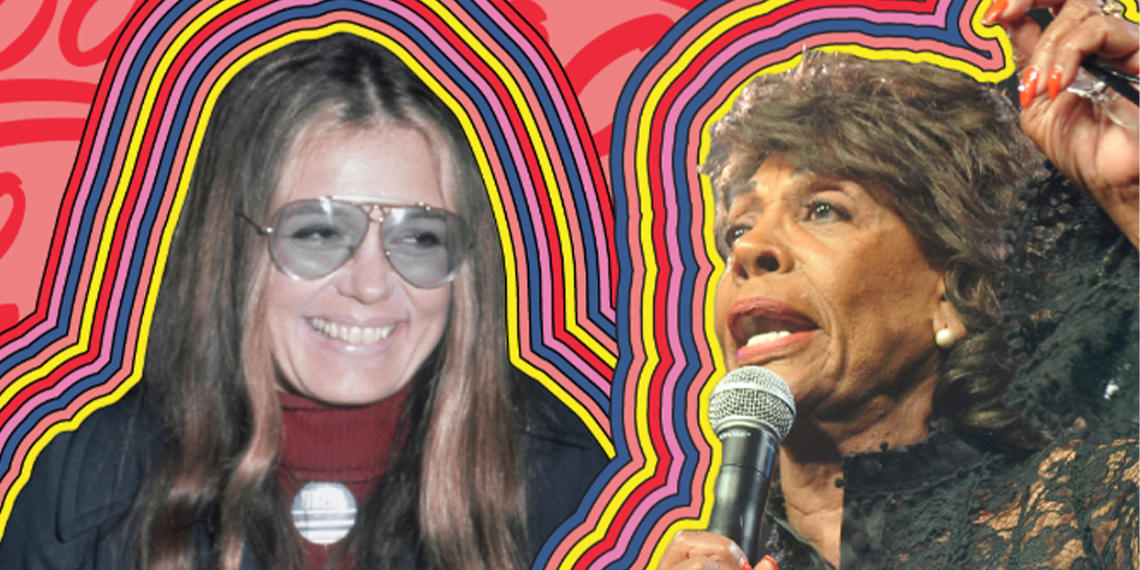 It’s been almost five decades since the United Nations first celebrated International Women’s Day, but in the current political climate, it’s taken on new energy and a heightened sense of importance. Every year on March 8th, thought pieces are written, vague assurances are offered, and observance is given to issues that ought to command daily attention, not just a day of attention. At its core, International Women’s Day is an occasion to highlight issues important to women of all backgrounds, across the globe, and, to remind women that if we do no stand up and speak out for our own self-interest, the momentum of the movement for global gender equality will come to a screeching halt.

When Betches was founded almost 10 years ago, our brand was intentionally apolitical and capitalized satirically on being unapologetically unaware of our privilege; ironically, the second post we ever wrote was called “Not Keeping Up With The News.” We were half-kidding, but as 21-year-old college students, we didn’t fully understand how politics had already invisibly impacted our lives by giving us the privilege to not care. And of course, the ability to vote felt like an obvious guarantee we were entitled to as Americans and we did not know – nor were we taught – otherwise. It is this sense of unnoticed, or more often, reenforced, naiveté that has plagued communities of women around the globe and slowed the progress of achieving true gender equality.

Ignorance is not always bliss

Five years after launching Betches, during the contentious and (at the time) comical 2016 election cycle, politics, for us and many other women, started to feel much more personally relevant than it had previously and in ways that could no longer be swept under the rug.

Since then, we’ve watched events unfold such as #MeToo, limits to abortion access, voter suppression, and the crisis at the border; all of which threw into clear focus what the results of an election can really mean for the individual, and who it can adversely affect.

We started The Betches Sup newsletter for our audience members who, like so many of us, need a funnier and more candid take on what has felt like a relentlessly bad news cycle. As The Sup has expanded, we’ve actively sought to understand and become conscious of the advantages we have that enabled three young women to start a business in the first place. Inside of this reflection, it has become extremely clear that politics and policies impact all of us, and it’s neither cute nor acceptable to use ignorance as a shield, most especially when the stakes are so high. It’s also become just as clear that we need to work for all women to have the same opportunities as we do, and shed light on the disparity of access to basic rights among the communities of which women are a part.

Voter suppression is not a thing of the past

We chose to mark International Women’s Day 2020 – a day in service of women’s rights and empowerment – by launching a campaign focused on voter activation and registration. It has become abundantly clear that voting, while enshrined as a right, remains a privilege for too many. As people who have not faced systemic or structural barriers to our right to vote, but whose quality of life increasingly relies on election outcomes, this right has become personal to us and one we want our company to stand for.

Of course, we can’t mark this occasion without acknowledging that for women of color, the right to vote has always felt personal, and the fight for equality at the ballot box has never stopped. From the onset of the gender equality movement, white women were openly hostile towards incorporating racial equality into the narrative — a practice we now know as intersectionality — even when black suffragists raised the irony of excluding the most vulnerable in society from decisions that could offer them any degree of real protection.

As leading abolitionist and suffragist Frances Ellen Watkins Harper said in her remarks to the 1873 American Woman Suffrage Association, “much as white women need the ballot, colored women need it more.” For decades, intimidation, racist literacy tests, poll taxes and violence of Jim Crow kept many black men and women from accessing their right to vote.

After the Supreme Court gutted the Voting Rights Act in 2013, states across the country imposed restrictions and requirements that disproportionately impact minority voters. Just last week, voters in Texas waited seven hours in line after the state slashed its number of polling stations, eliminating many that primarily served communities of color. These egregious attempts to stop people from voting make it an especially important issue to fight for this year. Thus, the #Keepit100 campaign was born.

In 2020, Betches Media is proud to honor International Women’s Day by working with UN Women to launch our Keep It 100 campaign. Keep It 100 refers to the 100th anniversary of women’s suffrage and the passing of the 19th Amendment, which gave (some) women the right to vote. The campaign is a multi-faceted voting initiative aimed at registering, educating, and activating our audience throughout the election cycle.

For the IWD launch, we are partnering with a like-minded feminist brand Lingua Franca on a sweater collection, with $100 of each purchase going to UN Women’s efforts to pursue equality for women globally. On both a business and a personal level, this marks a significant milestone and embodies an evolution for us as a company.

This first phase of the Keep it 100 campaign features videos and pledges from influencers, celebrities, and Betches fans alike who are committed to showing the importance of exercising their right to vote. We are asking members of our audience to share what inspires them to vote and why voting personally matters to them – why they are “keeping it 100”. The Keep it 100 responses are shared to Betches’ 7M Instagram followers with the goal of driving home the true importance of voting in your best interest and the interests of those around you.

Would you let your Netflix play obscure foreign documentaries without subtitles when all you want to do is finish “Love Is Blind”? No, of course not, because you don’t let other people make decisions for you. That wouldn’t be rational. And despite centuries of sexist stereotyping, women are pretty f*cking rational. ⁣ ⁣ It's been 100 years since the ratification of the 19th amendment, which gave * some * women the right to vote. If nothing is stopping you from getting to the polls, you have no excuse not to vote this year. ⁣ ⁣ Join us, @betches, and the amazing women above and take the pledge to #keepit100 in 2020 and tell us why you’re voting. Throughout the year, we’ll share 100 submissions to honor 100 years of voting and all the work that’s left to be done. Check our Stories to see how.

In addition to social sharing, we are launching a voter portal in partnership with Headcount, where our audience can register online or via text, check their registration status, and pledge to get their friends to vote.

No woman left behind

Activating our community to combat voter suppression efforts across the country is central for us. We encourage everyone, from all corners of the country, to register to vote and show how they are #keepingit100 in 2020. The stakes are high and the action must be great.

Just like they say every election, this is the most important election of our lifetimes. If you’re not already taking it personally, now’s the time.