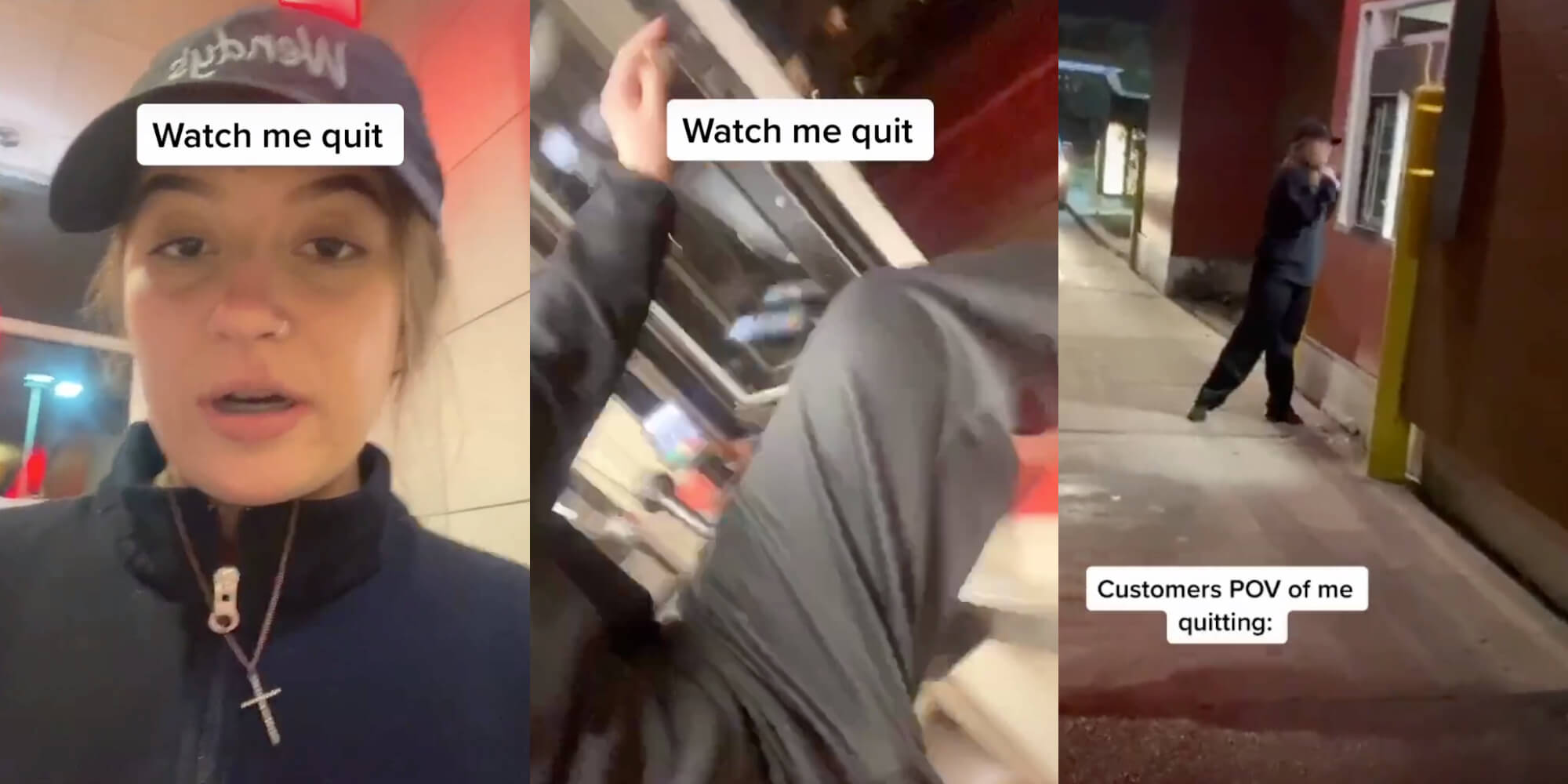 Weve all dreamed of quitting a bad job in dramatic, satisfying ways.

Most of us never summon up the courage to follow through with our fantasies, but one TikTok teen has more pluck than the rest of us. TikTok user @mariakukulak documented her recent split from a local Wendys, and people online are in awe.

Its not just how it ended, but the entire way she went about the process that drew people in. At the start of the almost minute-long TikTok, Maria explained her intent. Its hard for me because I love this job, she said. But the managers, the new ones, are being really mean to me. She went on to explain that she wanted to immediately throw in the towel, but choose to wait until she was finished sweeping and mopping.

Im gonna be like I quit, and Im gonna hop out the window, she said. But first Im gonna sweep and do my job and then leave because I dont want to leave them with all the work, you know?

Maria already has a new job lined up at XSport Fitness, so the loss of her position at Wendys shouldnt hit her too hard. Particularly considering that mid-way through her final shift, one of her managers called her a lost cause close enough for a customer to hear.

After all the cleaning was finished, Marias chance was upon her. With caution in mind, she even checked the cameras to ensure that no cars were headed toward the drive-thru window. Then, the moment of reckoning came. The video concluded with Maria, positioned in front of the window, taking her final stand.

Hey John, she called out cheerily as she opened the window to her left. I quit.

She then proceeded to smoothly slide out the window while her manager shouted after her. Maria, stop, John called, but her foot was already out the window. In moments, she was on the ground. In the video, you can even hear John say are you fucking kidding in the background.

Im not a lost cause, and I quit. Goodbye, Maria said through the window before shutting it in Johns face and running across the blacktop. She even uploaded a second video to her TikTok account, this one showing her epic final moments as a Wendys employee from outside the window.

The video quickly spread online, where people have been lauding Maria for taking a stand. We need to talk about how disrespectful managers can be no matter how hard/long you work especially in customer service, one person said. I am proud of her for leaving and still doing why (sic) is expected of her.