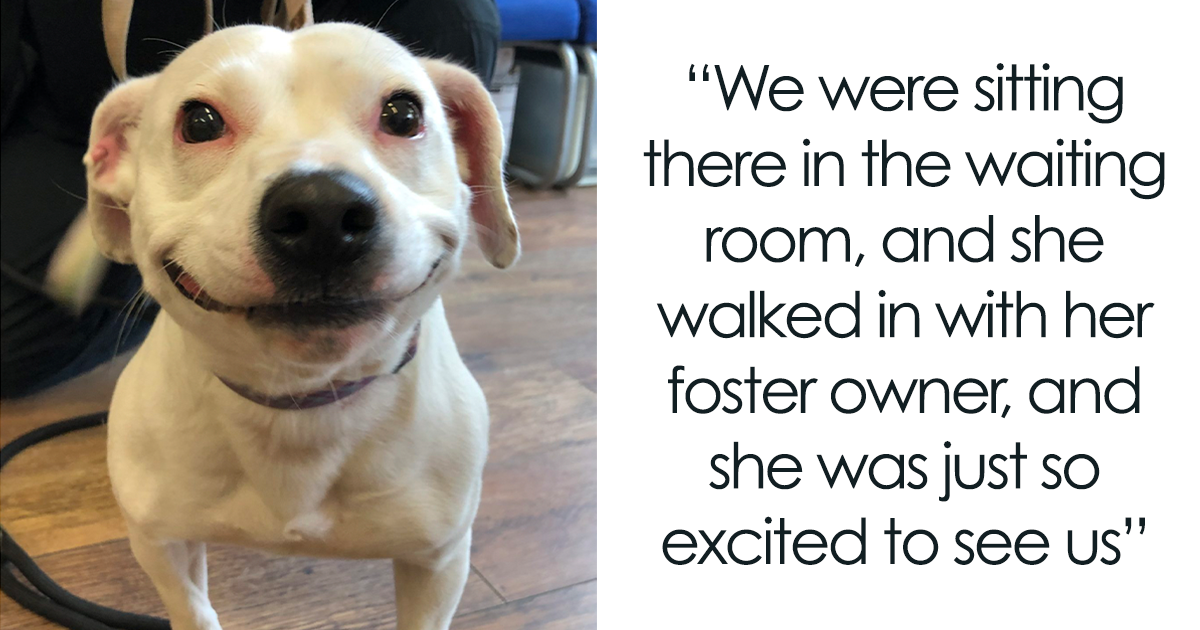 Probably most of us have at least one stereotype related to a dog breed in our minds. Huskies are convinced barking is for amateurs and just howl instead, chihuahuas can’t shut up and seem like they want to fight anything that moves but yet they can’t stop trembling, Staffordshires not only look like they want to fight anything but actually do – you name it. Due to this last trait, most shelters know they’ll have real trouble trying to rehome a Staffie when one comes along but in this case, there was no way this could be true. Sybil was adopted only a couple of days after she came into a rescue charity and it’s all because of her adorable smile.

When Sybil came to All Dogs Matter in London last week, they first thought they might have difficulties rehoming her since that’s the usual case with Staffordshires Sybil, previously called Lily, came into the All Dogs Matter rescue charity in north London last week after being captured by a dog warden. Despite the stereotypes sometimes associated with her breed, she quickly won over the hearts of the staff. One of them just couldn’t resist snapping a picture of her and posted it on Twitter. Soon after, the shelter was flooded with messages about the pup. Many people were showing love to the adorable pup and some even said they’d like to adopt her. Only a couple of days had passed since her arrival at All Dogs Matter when she found her forever home with Frankie Murphy. “We saw her lovely little smile and couldn’t resist,” said Frankie. “Even though we knew she had a lot of interest from the Twitter post, we got in contact with the charity in hopes that she was still available. When we went to visit her, we fell in love with her straight away. We were sitting there in the waiting room, and she walked in with her foster owner, and she was just so excited to see us.” Frankie and her family spent a couple of days with Sybil until they were sure they were right for each other and then took her home. The pup immediately settled in and wouldn’t stop smiling afterward. “She’s so good,” Frankie said. “She follows my Dad around like a little shadow, and she doesn’t bark at all. My neighbors didn’t even know we had a new dog because she’s been so quiet. She is so intelligent too, she has managed to open our back door. She’s not tall enough to reach the handle but she can push it with her nose and open it.” Laura Hedges, All Dogs Matter deputy manager, explained that sadly most of the Staffies that come to them don’t get even half the number of requests for them as Sybil did. “It just shows the power of how a photo can say a thousand words. We have many dogs coming in that are just as lovely as [Sybil], so if you are thinking of getting a dog then always think about rescuing one first because there are so many dogs up and down the country looking for good homes,” she said.