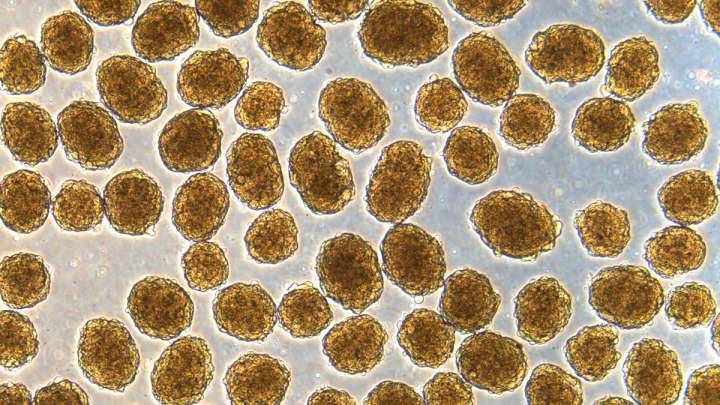 Researchers at the Washington University School of Medicine in St. Louis have shown that it is possible to use human stem cells to functionally cure diabetes in mice in just a couple of weeks. The treatment kept the disease at bay for at least nine months and up to more than a year in some mice.

The work, published in Nature Biotechnology, builds on previous research by the team. They focused on the use of human pluripotent stem cells, cells that can take the form of any type of human cell. They used the cells to generate pancreatic beta cells, which are known to secrete insulin, the hormone that regulates blood sugar level. People with diabetes cannot produce sufficient insulin to control their blood sugar level.

The mice were given severe diabetes using a substance known as streptozotocin. The human cells were then implanted in the animals, where they successfully began to control the rodents’ blood sugar levels, functionally curing the disease.

“These mice had very severe diabetes with blood sugar readings of more than 500 milligrams per deciliter of blood – levels that could be fatal for a person – and when we gave the mice the insulin-secreting cells, within two weeks their blood glucose levels had returned to normal and stayed that way for many months,” principal investigator Dr Jeffrey R. Millman, an assistant professor of medicine and of biomedical engineering, said in a statement.

The key element of the research is the production of the insulin-secreting cells. Activating stem cells with a particular type in mind risks the production of cells of unwanted types too. In the case of beta cells, other pancreatic or liver cells can form as well. Research shows that they are not harmful but they are also irrelevant, diminishing the overall therapeutic value of the approach.

The team constructed a new technique based on the actin cytoskeleton, the scaffolding of the cells. This system delivers and translates biochemical cues for the cells and by improving their understanding of how this works, the scientists found a better way to produce only the right cells.

“In this study, we establish a link between the state of the actin cytoskeleton and the expression of pancreatic transcription factors that drive pancreatic lineage specification,” the authors write in the paper.

It is still early days, so it will be a long time before this treatment can be applied to humans. Many more tests will be necessary in animal models before clinical trials can begin.