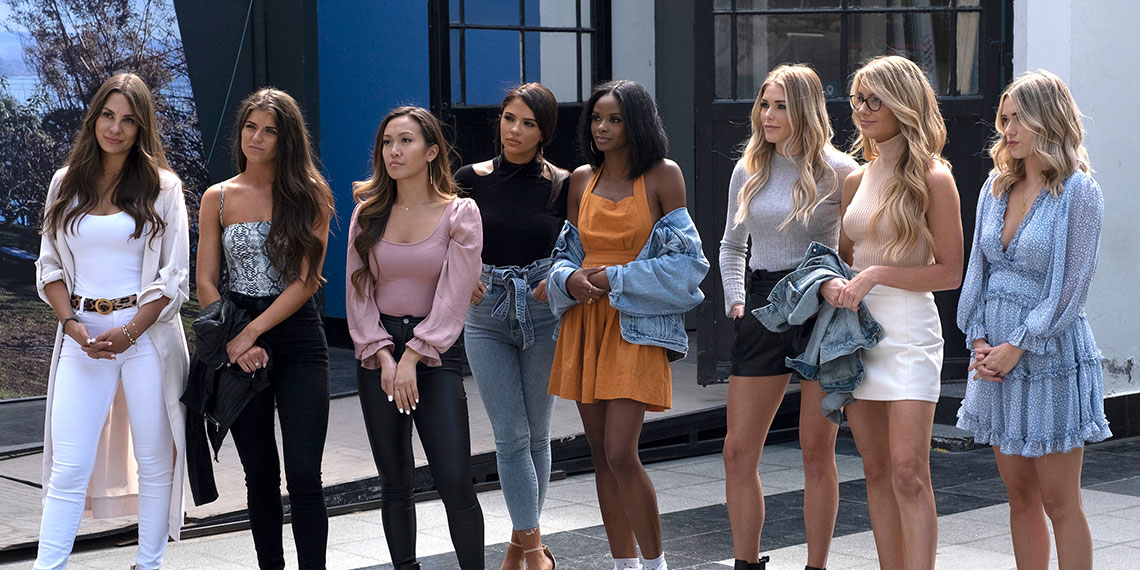 At long last, we’re nearing the end of Peter’s season of The Bachelor. It’s been a season jam-packed with drama, but not for the better. In the past seven weeks, we’ve laughed, we’ve cried, and we’ve prayed for it to be over. While we’re still waiting to see if he proposes to one of his contestants or ends up with a producer, it’s time to start looking ahead at better things to come, namely, who will be the next Bachelorette.

It will be a few months before The Bachelorette premieres, but filming will likely start within the next few weeks, so it’s time to think about who could be tapped as the star. The pickings from the current season are pretty slim, so this could be a chance for ABC to get a little creative, but they’ve let us down before. So let’s run down all the logical possibilities for the next Bachelorette, because we all need something to look forward to.

As of right now, both of these women are still in the running on Peter’s season, but they would both be logical choices for The Bachelorette if they don’t win. They both have a ton of followers on Instagram, have generally avoided making themselves villains this season, and are bland enough that ABC wouldn’t be freaked out about giving them a show. I think messy queen Victoria F is a little too toxic at this point, even though I think she would be a beautiful disaster on this show.

Personally, I really hope they don’t go with Madison, because I can’t watch another season where they pretend that being a virgin is a personality. It was one thing with Colton just being like, shy or whatever, but are they really gonna find Madi 30 dudes who are down to wait for marriage? Seems unlikely.

Despite being pretty heavily involved in the drama this season, it seems like Kelsey is still on the producers’ radar. In Reality Steve’s rundown of what happened at the Women Tell All taping last week, he said that Kelsey’s hot seat interview came off like a “Bachelorette audition.” The tidbit about Ashley I giving her champagne and praising her for being open with her emotions is actually so funny. Like, does Ashley really have nothing better to do?

Kelsey on the hot seat talked about her journey, her being very emotional, seemed like a "Bachelorette" audition, & Ashley I came out of the audience and gave Kelsey a giant bottle champagne and praised her for being open w/ her emotions.

Similar to Madison and Hannah Ann, Kelsey would be an easy, generic choice, but I don’t feel like the fans actually love her that much? Like, with Hannah B and Becca, both of them were pretty big fan favorites from The Bachelor, and honestly, I’m just not sure this season really has any favorites.

Kelley seemed like one of the few women from this season who would’ve actually made a good Bachelorette, but it’s probably not gonna happen. In the Women Tell All spoilers, Reality Steve said that Kelley wasn’t even invited, and they made no mention of her during the show. That seems super weird to me, but clearly something happened between Kelley and whoever makes the decisions. Maybe they weren’t happy about how she steered clear of drama in the house, but it’s too bad that one of the only functional adults who has a real job won’t be the Bachelorette.

I’ve seen this rumor tossed around on the internet, and whether it’s true at all or not, it’s really fun to think about. The Bachelor has always been painfully heterosexual, and Demi’s relationship with Kristian last year on Paradise was unlike anything that the franchise had ever seen before. Now that they broke up, a season with Demi as the next Bachelorette would be an amazing opportunity to mix things up—it’s 2020, for god’s sake! Plus, Demi also happens to be hilarious, and I think she’d be way more fun to watch than a lot of the other leads we’ve had.

That being said, do I think ABC will actually pull the trigger and make this happen? Sadly, no. I mean, it’s been 24 seasons and we still can’t get a Bachelor that’s not white, so the ABC execs would probably roll over in their graves if there was a ~bisexual~ woman running the show. You hate to see it.

Much like Demi, both Tayshia and Katie left Paradise in relationships, but they didn’t last. All of these women from past seasons seem like way more dynamic, interesting personalities than anyone on Peter’s season, and one of them could bring a fun, fresh energy to the show. Also, they’re both in their late 20s, which would be a refreshing change of pace from all these 23-year-old pageant queens and Insta models. Combine that with this show’s desperate need for diversity, and Tayshia and Katie are exactly the women ABC should be considering.

Basically ever since she broke up with Jed, there have been rumors that Hannah Brown could come back for a second round as Bachelorette. Of course, that would be totally unprecedented, but audiences really love her, and she clearly likes being on TV. I never really thought this was going to happen, but it was an exciting prospect to consider. But this rumor was basically shut down a few days ago, when Hannah was added as a special guest star to several stops on the Dancing With The Stars live tour. The dates, in late March, are right in the middle of when The Bachelorette would be filming, so it’s not meant to be this year. Honestly, I feel like Hannah should probably take a little bit of a break from the Bachelor franchise, so I’m not sad about this. Maybe she’ll show up in Paradise this summer, who knows?

You asked for it! @hannahbrown is coming back on the #DWTSTour for six more shows! Get your tickets now at the link in our bio. 🎉 #DWTS #TeamAlanbamaHannah

At this point, I would put my money on Madison, Hannah Ann, or Kelsey, because ABC is lame and they don’t usually go with the exciting casting option in these scenarios. But obviously we don’t know anything for sure yet, and we could still be surprised. Did I miss anyone that you really think would make a great Bachelorette? Let me know in the comments!