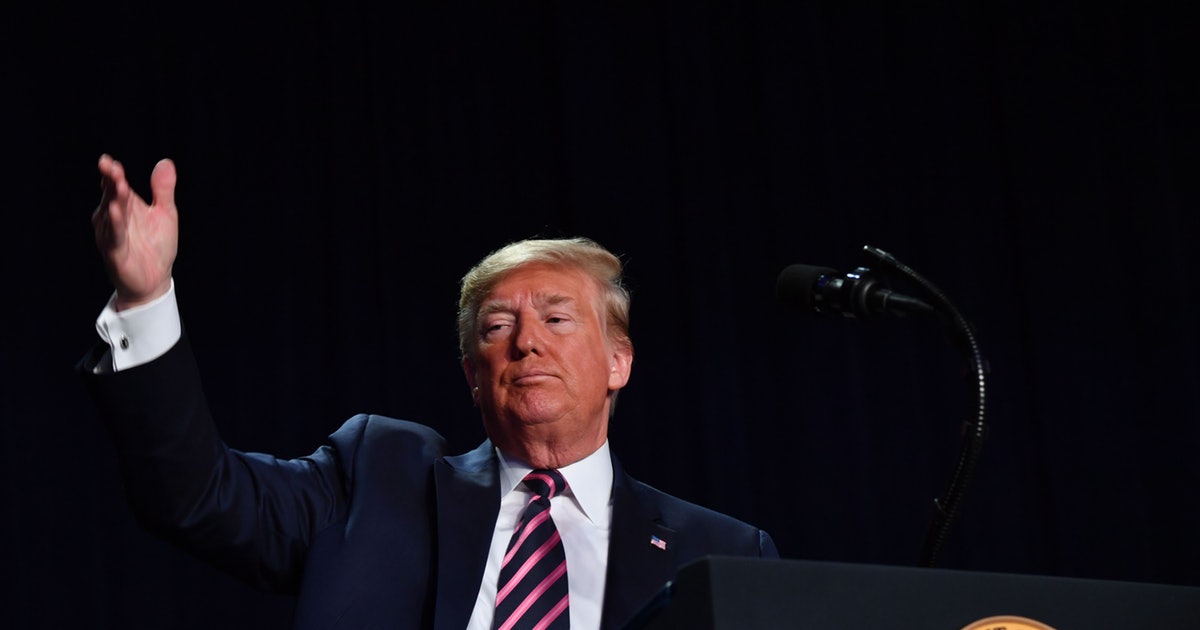 Can A Presidential Impeachment Be Expunged? Republicans May Try It

The impeachment trial of President Donald Trump came to a close on Wednesday, Feb. 5, when the Republican-controlled Senate voted to acquit the president of the impeachment charges against him. However, Republicans apparently aren’t satisfied with just an acquittal; now, they have a new aim in mind. Can a presidential impeachment be expunged? The GOP may try it if they retake the House of Representatives in the 2020 elections.

Ever since Democrats launched an impeachment inquiry into Trump back in September 2019, Trump has routinely dismissed impeachment proceedings as a “witch hunt” and a “hoax” — and it seems that the president’s fellow Republicans share that sentiment. According to , GOP House Minority Leader Kevin McCarthy doesn’t think impeachment should stay on Trump’s record. “This is the fastest, weakest, most political impeachment in history,” McCarthy told the . “I don’t think it should stay on the books.”

Should Republicans win a majority of seats in the House of Representatives during the 2020 election, McCarthy would likely replace Nancy Pelosi as Speaker. On Feb. 5, the Senate voted to acquit Trump almost entirely on party lines, with only Utah Sen. Mitt Romney breaking with his party to vote in favor of removal from office on one article of impeachment. If Republicans take the House in the 2020 elections and retain their majority in the Senate, it’s likely that any vote to expunge Trump’s impeachment from his record would similarly pass along party lines.

There is currently no precedent for a presidential impeachment to be expunged. Trump is only the third president in American history to be impeached, and the impeachments of former Presidents Andrew Johnson and Bill Clinton both remain in Congressional record. The only real record of any kind of presidential expungement is the censure of former President Andrew Jackson, which was implemented by the Senate in 1834 and expunged from the official record in 1837, per . A censure carries much less weight than an impeachment, though, and does not have as much historical significance.

Ross Baker, a distinguished professor of American politics at Rutgers University, says that he doesn’t take McCarthy’s threat seriously. “There is no way I know of to expunge an impeachment,” he tells Elite Daily by email, noting that it definitely couldn’t happen with a Democratic majority anyway. He indicates the threat is likely just political posturing. “The impeachment is indelible; the high court of history has already ruled it in.” James Gardner, a law professor at the State University of New York at Buffalo, echoed this sentiment, telling that “There’s nothing in the Constitution that provides for a procedure of expungement,” and that such an expungement would therefore have “no legal significance.”

The lack of precedence for such an expungement has not discouraged McCarthy and his fellow Republicans, however. McCarthy told the that he wants to investigate how Democrats — namely Pelosi, House Judiciary Committee Chair Jerrold Nadler, and House Intelligence Committee Chair Adam Schiff — carried out their impeachment proceedings in the first place.

“I think [if] we take the majority, some of the key priorities for us are infrastructure, lowering prescription drugs and others,” McCarthy told the . “But I think when you look at what the Democrats have done, I also think we have to get to the bottom of it.”

Republicans are hopeful that Trump’s acquittal will mobilize his base to turn out for him and their party in November. Democrats, meanwhile, have also turned their focus to the 2020 elections, in the hopes that they can unseat Trump and achieve a Senate majority.