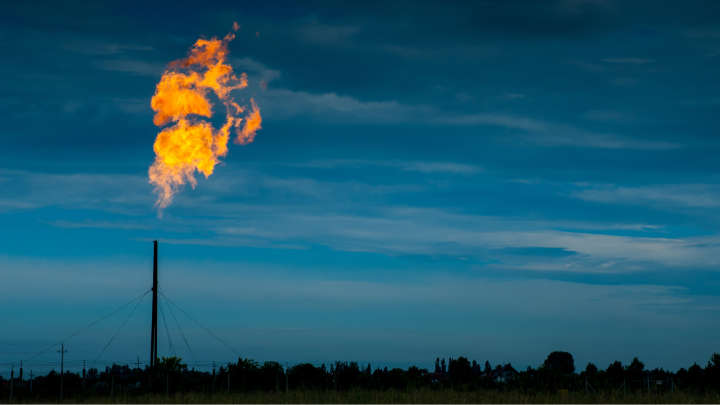 A new study suggests that methane emissions from fossil fuels has been severely underestimated.

Methane is the second-largest contributor to global warming after carbon dioxide. It is a lot more potent than CO2 in trapping heat in our atmosphere, but on the flip side, it tends to degrade and disappear in less than a decade compared to the century it takes for carbon dioxide.

As reported in the journal Nature, researchers have estimated how much methane is released from natural sources compared to that from human activity, mostly due to the burning of fossil fuels. The team looked at air bubbles trapped in Greenland ice cores from the time before the Industrial Revolution to today, as well as previous data from Antarctica. In samples from 1750 to 2013, they found that the levels of natural methane emissions is about 10 times lower than previously reported. This means that the total methane emissions generated in the burning of fossil fuels is between 25 and 40 percent higher than expected.

Many of the previous estimates used an inventory-based assessment of the natural sources of methane from around the world. This current work provides an actual measurement from the air trapped in ice before the Industrial Revolution began.

“If we stopped emitting all carbon dioxide today, high carbon dioxide levels in the atmosphere would still persist for a long time,” lead author Dr Benjamin Hmiel, from the University of Rochester, said in a statement. “Methane is important to study because if we make changes to our current methane emissions, it’s going to reflect more quickly.”

“I don’t want to get too hopeless on this because my data does have a positive implication: most of the methane emissions are anthropogenic, so we have more control. If we can reduce our emissions, it’s going to have more of an impact,” Hmiel added. “Placing stricter methane emission regulations on the fossil fuel industry will have the potential to reduce future global warming to a larger extent than previously thought.”