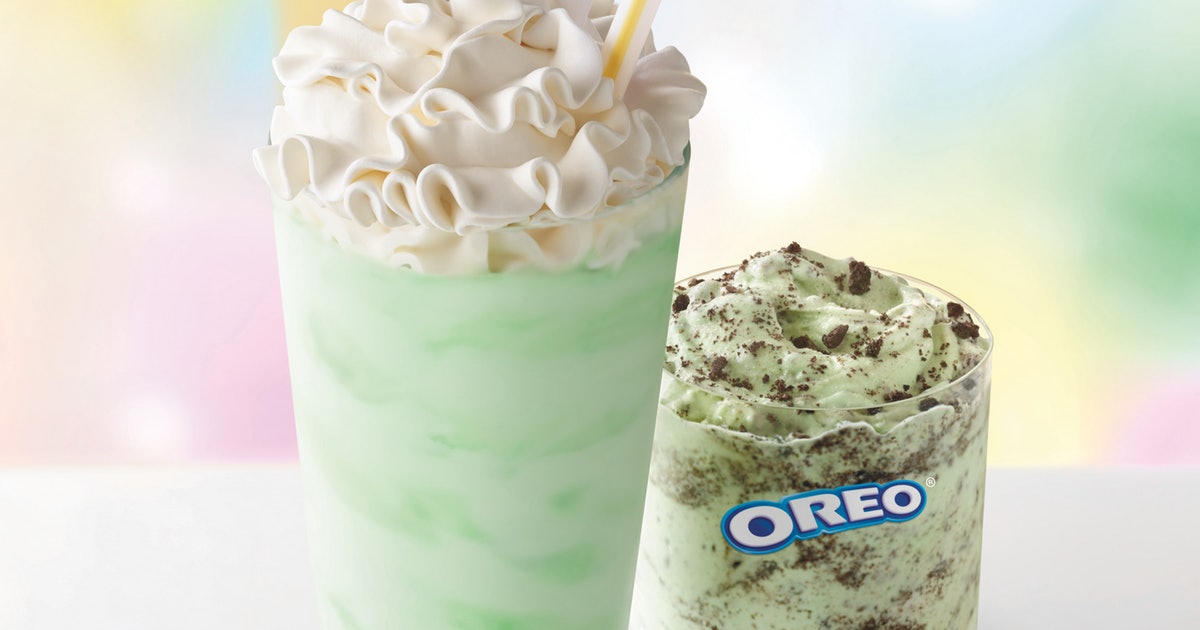 With the luckiest month of the year right around the corner, McDonald’s is bringing you a brand new leprechaun-approved drink to lean into the festivities. Starting on Feb. 19, McDonald’s Shamrock Shake is coming back for 2020 — and it’ll be accompanied by a minty sip that sounds even tastier than the original. Here’s why you’ll definitely want to make the Oreo Shamrock McFlurry a regular part of your Mickey D’s order.

It’s hard to believe, but it’s been 50 years since the Golden Arches first introduced its customer-beloved St. Patrick’s Day offering and the limited edition shake — which combines the mouthwatering mix of McDonald’s vanilla soft serve, pumps of minty Shamrock Shake syrup which give the treat its signature color and flavor, and sweet whipped cream in one delicious concoction — is coming back so soon to start the countdown to spring.

While the fast food chain won’t be bringing back the Shamrock Shake as early this year (as a refresher, the seasonal treat was back at selection locations as early as Feb. 13 in 2019), it will be released nationwide first time since 2017 — rather than only in participating locations — on Wednesday, Feb. 19, to celebrate 50 years of the McFlurry.

In addition, McDonald’s customers can treat their tastebuds to double the luck with the introduction of the new Oreo Shamrock McFlurry, which is basically a chocolatey take on its classic shake. While the company reportedly tested it out last September in select locations, the minty chocolate confection will now be available nationwide along with the OG Shamrock treat.

Customers who want to try this seasonal McFlurry can expect the same drool-worthy combination of vanilla soft serve and Shamrock Shake syrup, except that the McFlurry will also feature chunks of Oreo cookies that will be blended for the perfect ratio of mint flavor, ice cream, and chocolate.

Again, customers only have a few weeks left to go until both of these indulgent minty creations are available, so I’d set a reminder and get ready to make your tastebuds feel lucky AF come Feb. 19.