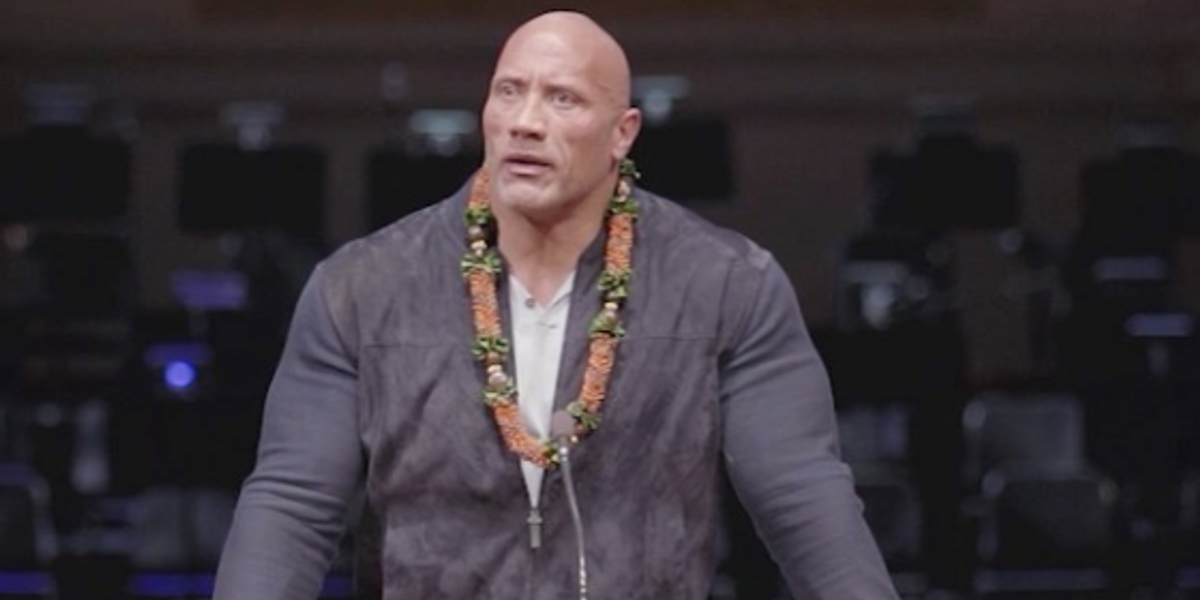 The Rock isn’t as hard as his name would suggest. In fact, he can even move us to tears. Dwayne “The Rock” Johnson recently took to Instagram to share the eulogy he gave at his father’s funeral last month. His father, Rocky “Soul Man” Johnson, suffered a heart attack at the age of 75. His eulogy is relatable to anyone who’d loved and lost. “Man, I wish I had … I wish I had one more shot,” Johnson began. “I wish I had one more shot to say goodbye … to say I love you, to say thank you, but I have a feeling he’s watching. He’s listening.”

@therock on Instagram: “You trail blazed and even harder, you changed people’s harsh behaviors toward a man of color. Paving the way for me, my family and…”

RELATED: Dwayne ‘The Rock’ Johnson takes down pool pic of his daughter after being dad-shamed.

Johnson revealed how he felt when he found out his father passed while he was on his way to work. “You know how you have those moments where you try and shake yourself out of it, and you’re like ‘No, it’s not a dream. … My dad’s gone,'” he said. “In that moment, I just thought ‘Well, what do I need to do? What’s the next thing that I need to do?'” he said. “And I heard a voice say, ‘Well, hey, the show must go on,’ and that was my dad. That was my old man who told me that.”

@therock on Instagram: “My family and I thank you 🙏🏾♥️ Go hug your loved ones hard, while you still can. I love you. DJ #ripsoulman”

Johnson also spoke about his father’s legacy. His father debuted as a wrestler in 1966, and in 2008, he was inducted into the WWE Hall of Fame by Johnson. Rocky Johnson paved the way for other black wrestlers, and was the first black wrestler to win the World Tag Team Championship.

“[W]hen somebody is a trailblazer that means that they actually, they have the ability to change behavior and audience’s behavior, people’s behavior,” Johnson said in his eulogy. “And for my dad, when he broke into the business in the mid ’60s and throughout the late ’60s and into the ’70s in the United States where racial tension and divide was very strong. In the ’60s and the ’70s, you have a Black man coming in, it’s an all-white audience and all these small little towns that eventually I would go on to wrestle in — but at that time he changed the audience’s behavior and actually had them cheer for this Black man.”

@therock on Instagram: “I love you. You broke color barriers, became a ring legend and trail blazed your way thru this world. I was the boy sitting in the seats,…”

“And not when he was wrestling against other Black men, ’cause he was usually the only Black guy in the territory, he was wrestling against other white wrestlers,” Jonson continued. When you think of my dad’s name, you think ‘hard work.’ You think ‘barrier-breaking,’ you think being the hardest worker in the room, always working out. He taught me how to work out at a very young age. Hard work, discipline — those are things and tenants that are synonymous with my dad’s name.”

RELATED: Jason Momoa joined the protest of building a giant telescope on a sacred Hawaiian mountain

Johnson’s message was moving, and it’s important to remember to love your loved ones while you have them around.

We’re not crying. That? Oh, that’s just something in our eye.