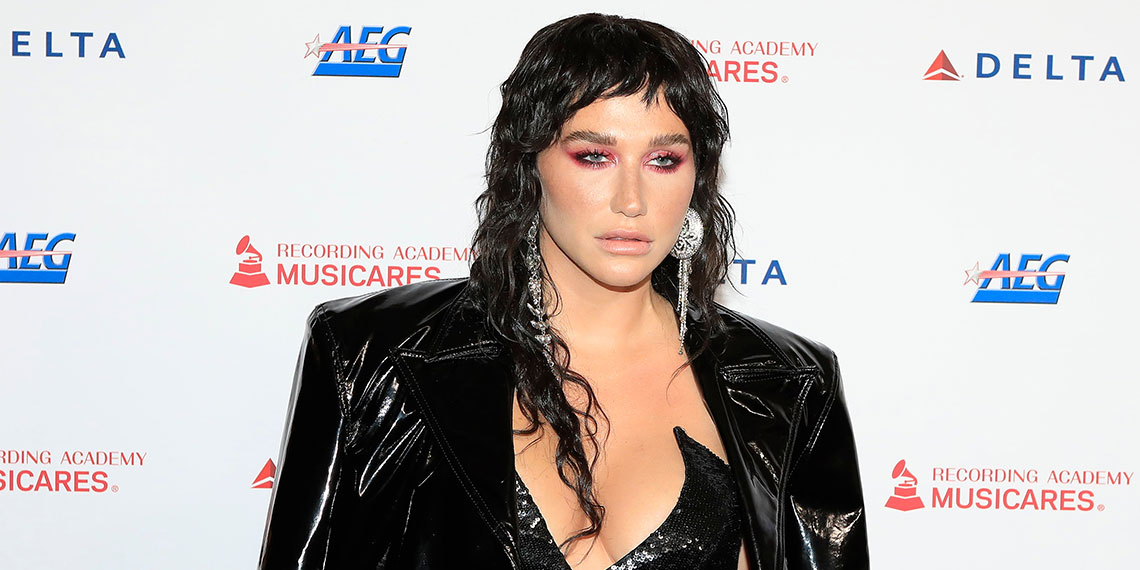 There are certain things that just feel like they should be over by now. This work day, my friend’s toxic relationship, and most of all, Kesha’s never-ending court battles with Dr. Luke. I thought we all established years ago that Dr. Luke is trash (allegedly), and Kesha is a badass woman who should be protected at all costs, no? Well, apparently I missed something, because these two are still hashing things out in court, and today, Dr. Luke won a major victory in one of his defamation claims against Kesha.

Dr. Luke and Kesha are currently going to trial in the New York Supreme Court for the defamation lawsuit that Dr. Luke filed all the way back in 2014, which is just insane. WTF is our legal system that this sh*t has been in the works for longer than it takes to finish college AND get a masters degree? I don’t know all the details of why it’s taken so long for this to get to trial, but regardless, I just feel like this isn’t how things should work. But whatever, I’m not here to fix our justice system.

In the defamation case, there are two main allegations that are being discussed. First, Kesha has accused Dr. Luke of sexually assaulting her, a claim which he says she fabricated to get out of her recording contract with him. As twisted as that whole thing is, that’s not really what we’re talking about today. The second defamation claim stems from a text that Kesha sent to Lady Gaga, in which she said that Dr. Luke also sexually assaulted Katy Perry. That’s what we’re talking about today, and it’s also twisted.

Basically, Dr. Luke says that nothing ever happened with him and Katy Perry, and Katy has actually denied it too. In a 2018 deposition, Katy said that she’d never had any sexual contact with Dr. Luke, consensual or otherwise. Now, a year and a half after that deposition, the judge in the case has ruled that Kesha’s text message to Lady Gaga was defamatory toward Dr. Luke, citing Perry’s denial and the fact that “there is no evidence to support” the claim.

The main point of the ruling hinged on the question of whether or not Dr. Luke is a “public figure.” Stick with me while I get all Elle Woods for a minute—I promise I’ll make it make sense. In defamation proceedings, the distinction of public vs. private figure makes a huge difference when it comes to the burden of proof. A public figure has to prove that the defendant acted with actual malice in order to claim defamation; a private figure only has to prove they acted negligently. Without getting too deep here, the difference is that it’s harder for a public figure to sue somebody for defamation.

In this case, Kesha’s team argued that  Dr. Luke’s career in the music industry made him a public figure, but the judge ruled that he isn’t widely known (burn), and that prior to this case, “he never injected himself into the public debate about sexual assault or abuse of artists in the entertainment industry.” TL; DR: he’s a private figure.

So now that I’ve just quoted more legal jargon than an episode of SVU, what does this actually mean? Essentially, the bar for Dr. Luke to convince the court that Kesha defamed him just got a lot lower. Now, he doesn’t have to prove that her allegations were untrue, or that she was trying to ruin his life or knew her claims were false when she made them, just that she didn’t really have all the details of what she was talking about. Kesha’s team plans on appealing, so I hope she fares better in the appeals process.

The kind of scary part is that most of us think defamation only applies to like, claims journalists publish in the media, and not a private text between two people. Unfortunately, that is… apparently not true?? As the judge wrote, “Publication of a false statement to even one person, here Lady Gaga, is sufficient to impose liability.” Oh, ok. Excuse me while I leave every single group chat I’ve ever been in after deleting all my chat history.

As if it wasn’t a rough day in court for Kesha already, the judge also ruled that she breached her recording contract, and has to pay Dr. Luke $374,000 of interest on royalty payments that are overdue. Oof. Let’s all go stream Kesha’s new album, because she’s going to need the coins if this keeps going this direction.

Speaking of her new album, it seems like the silver lining of this situation is that Kesha is obviously in a better place than she was when this whole mess with Dr. Luke started. She’s able to put out music and tour again, which is a good thing, regardless of how the battle in court plays out. Whatever happens, I hope it’s over soon, because six years is way too long to think about anything, especially something as unpleasant as this.

The challenge of being gay and an MI6 spy – BBC News

The challenge of being gay and an MI6 spy – BBC News