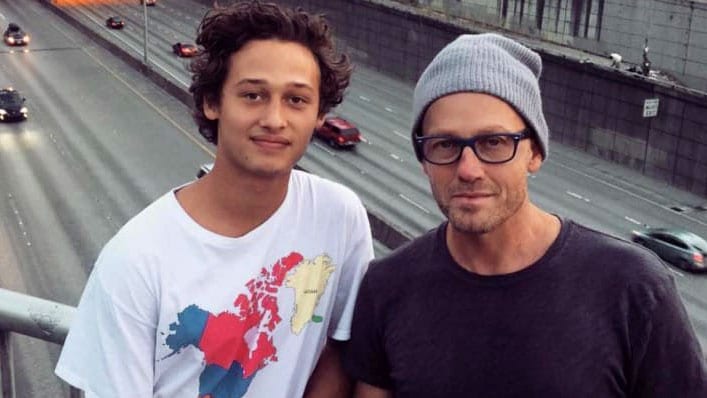 TobyMac’s 21-year-old son, Truett Foster McKeehan, was confirmed to have died of an accidental overdose this week. The saddening news comes three months after Truett’s sudden death was announced.

According to a rep for the family, the rapper’s eldest son died of cardiac arrest in the family’s Tennessee home on October 23rd after consuming a fatal mix of fentanyl and amphetamines.

Following in the footsteps of his father, McKeehan was an aspiring rapper who released music under the names Shiloh, TRU, and Truett Foster. The ambitious youngster even collaborated with his dad on several tracks. Upon Truett’s move out of the home to pursue his dreams, TobyMac wrote the song “Scars” about the transition.

“He moved to L.A. and he’s making music and he’s doing his thing,” TobyMac told The Tennessean. “But to watch him go through that, and watch him get bruised, it’s not easy. So that’s one of the ways life has changed. In that song, I just want him to know he’s not alone.”

In an emotional tribute, TobyMac posted a heart-throbbing statement about Truett the day after his death.

“Truett Foster Mckeehan had joy that took the room when he entered,” it read in part. “He was a magnetic son and brother and friend. If you met him you knew him, you remembered him. His smile, his laugh, the encouragement he offered with words or even without. He had an untamable grand personality and dreams to match. And he hated being put in a box.”

The rapper then elaborated on his son’s bold love for God that broke the “cookie-cutter Christian” mold:

“Truett always had a soft spot for God. The Bible moved him. His heart was warm to the things of his King. He was by no means a cookie cutter Christian but give me a believer who fights to keep believing. Give me a broken man who recognizes his need for a Savior every time. That’s who Truett was and how he should be remembered.”

Earlier this month, TobyMac also released a new song in memory of the 21-year-old.

The track entitled “21 years” is a raw depiction of the Christian rapper’s grief journey since the loss of his son.

“What started out as getting some of my thoughts and feelings about losing my firstborn son down on paper, ended up a song,” said TobyMac. “’21 Years’ is a song I never wanted to write. I hope it’s for someone out there, or maybe it’s just for me.”

Please keep Truett’s family in your prayers during this unthinkable time.

Read Next On FaithIt
TobyMac Performs for the First Time Since His Son Truett’s Death: “God Didn’t Promise You No Suffering or Pain”