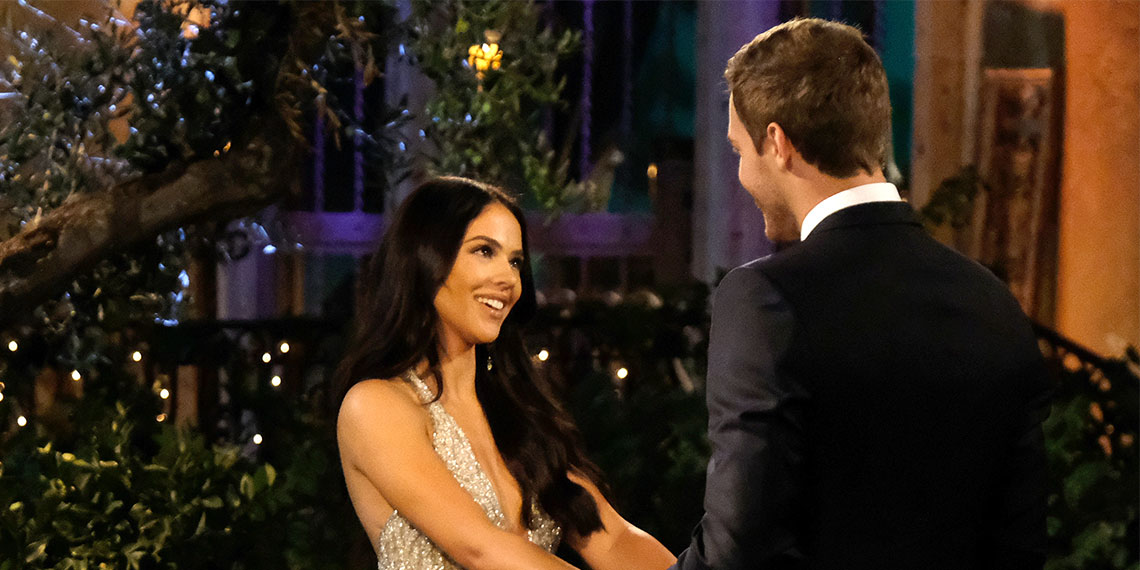 Hello, and welcome back to yet another update on what is easily the messiest season of The Bachelor, like ever. Both on and offscreen, things are basically a disaster at this point, and today we’re dealing with a whole mess of social media drama that’s all about… Sydney’s high school life. Y’all, I am so tired, but the drama of Bachelor nation waits for no one.

On Monday night’s episode, Sydney opened up to Peter about how she was bullied in high school. She told him that she ate lunch in the bathroom every day, and basically had no friends. As we all know, it’s pretty much a requirement to be a Bachelor contestant that you must have a sob story, and Sydney must have sensed that she needed to kick the waterworks factor into high gear to buy herself an extra week on the show.

But as we’ve all learned through countless spoilers and social media scandals, The Bachelor does not exist in a bubble, and this sh*t was bound to seep into the outside world. It didn’t take long, and while the episode was literally still airing, one of Sydney’s high school classmates posted pictures from their yearbooks, saying she would sell them for $200 a pop. This would have been beautifully messy regardless, but the actual photos are very important. On the show, Sydney has said that she’s not a fan of pageants and pageant girls, but in all four yearbook photos, she is COMPETING IN A PAGEANT. Oh my god, even Mike Fleiss’ diabolical brain couldn’t dream this up.

“Ate lunch in the bathroom everyday of highschool” #bachelornation I’m selling my yearbooks for $200 a pop, who wants the tea😂😂😂😂😂😂😂 pic.twitter.com/Kjz9LuMEru

Okay, so Sydney won a title called “Upperclassman Top Beauty,” and my main question is what the f*ck kind of high school was still having a beauty pageant in 2012? Had the idea of mental health not made its way to this part of the country yet? At my high school, we just had a male pageant where guys had to like, juggle and sh*t. This sounds like the type of toxic shenanigans the school in 13 Reasons Why would pull.

Obviously, the yearbook tweet went viral immediately, and it only took an hour for Sydney to respond. In a series of three lengthy tweets, Sydney tried to clarify the details of her pageant win, and got into more details about the horrible, racist treatment she says she experienced at school growing up.

Feels ridiculous I even have to address this.But correct I did win a beauty pageant my senior year of highschool.That was voted for by 5 judges.Not by my peers.Winning a pageant based off of outer beauty does not take away the racial bullying,and isolation I’ve been through.

I was also on the cheer team in middle school and in many clubs in highschool. You’ll do anything you can to fit in, and I tried. I won pageants because of my “looks” and I was in clubs because I wanted a scholarship to get into college . Not because I was accepted by my peers.

Any one from my highschool want to pull out the videos of girls stuffing my locker with Oreo cookies , vandalizing my home, shoving me in the hall ways? Teachers literally referring to me as a halfbreed? Calling my mother the worst names I’ve ever heard in my life? I doubt that.

These tweets are a lot to process, and some of the stuff Sydney describes is truly upsetting. Nobody should have to put up with bullying like that, whether they’re winning beauty pageants or not. (I’m still confused about her attitude on beauty pageants, but whatever.)

Later that night, Sydney tweeted again, this time posting screenshots of a long DM she sent to @jc_me_rollin, the person who originally posted the yearbook photos. She recalls that the woman’s “social group did not care for” her in high school, and shames her for “spreading hate.” To be honest, I think posting the yearbook photos falls more into the “being shady” category than “spreading hate,” but clearly Sydney was hurt by it. In the DM, she also gets into more specifics about the racist treatment she endured, which, again, is really awful.

Setting the record straight. I’ve been through so much from the town I grew up in and will not allow my story, or others to be deminished because of one of the same girls, with the same mindsets as the people who terrorized me. Not happening. pic.twitter.com/9vIi7uy4Rd

In response to this, jc then posted a screenshot of the DMs that she sent to Sydney, in which she claims that Sydney was “one of the biggest bullies in county high.” She accuses her of “back tracking most of her high school experience” for her storyline on The Bachelor, and in true mic drop form, says that Sydney was “a MEAN girl.” The girls have officially gone wild. In the back-and-forth, Sydney accuses jc of trying to manipulate her, and jc is adamant that Sydney is lying about pretty much everything.

Sydney why didn’t you share my replies? I have so many people from school recalling you as a bully. A huge one. pic.twitter.com/NQaC8PHOUk

When it comes to the specifics of Sydney’s high school life, we’re really never going to know exactly what happened, but I will say that I don’t think we are getting the full truth here. As we all know, there are three sides to every story. I feel like bullying rarely exists in a vacuum, and having been bullied does not preclude you from also bullying others. And, in my experience, people who have been the bully either don’t remember or claim to not remember what they did to other people. So it doesn’t necessarily mean anyone is lying, but it might mean that we have a case of selective memory on our hands.

We did get one other source on Twitter backing jc up—a guy named Evan who claims that Sydney was suspended for writing “some of the nastiest stuff” in his yearbook. What is with Tuscaloosa and yearbooks?! At my school, you either wrote a million inside jokes, or just HAGS if you weren’t really friends with someone.

But wait—there’s more! Now that we’ve made it through all the bullying allegations, let’s get into the part of  this that’s just pure, glorious mess. Along with her more inflammatory tweets, jc also dropped the bomb that SYDNEY AND HANNAH BROWN WENT TO HIGH SCHOOL TOGETHER. How, how, HOW was this not addressed on the show? Here I am, thinking that the Bachelor producers are evil geniuses, and they just let this slip through their hands? Frankly, I’m disappointed.

This video showing that their yearbook pics are literally one page apart is my new favorite movie:

If Hannah is at The Women Tell All, this better f*cking be addressed. Hannah might be the only one who can tell us once and for all if Sydney really ate alone in the bathroom, or if she was the one pushing girls into lockers. Hannah, spill the tea!!! There’s also an extra episode of The Bachelor on tonight, and knowing these producers, jc could show up in the jungle to confront Sydney. With this show, you truly never know.

At this point, it seems unlikely that anyone on this season is actually there for the right reasons, but we can at least enjoy the messiness while it lasts. Peter might not find love, but at least we’re still getting good, old fashioned Twitter drama.