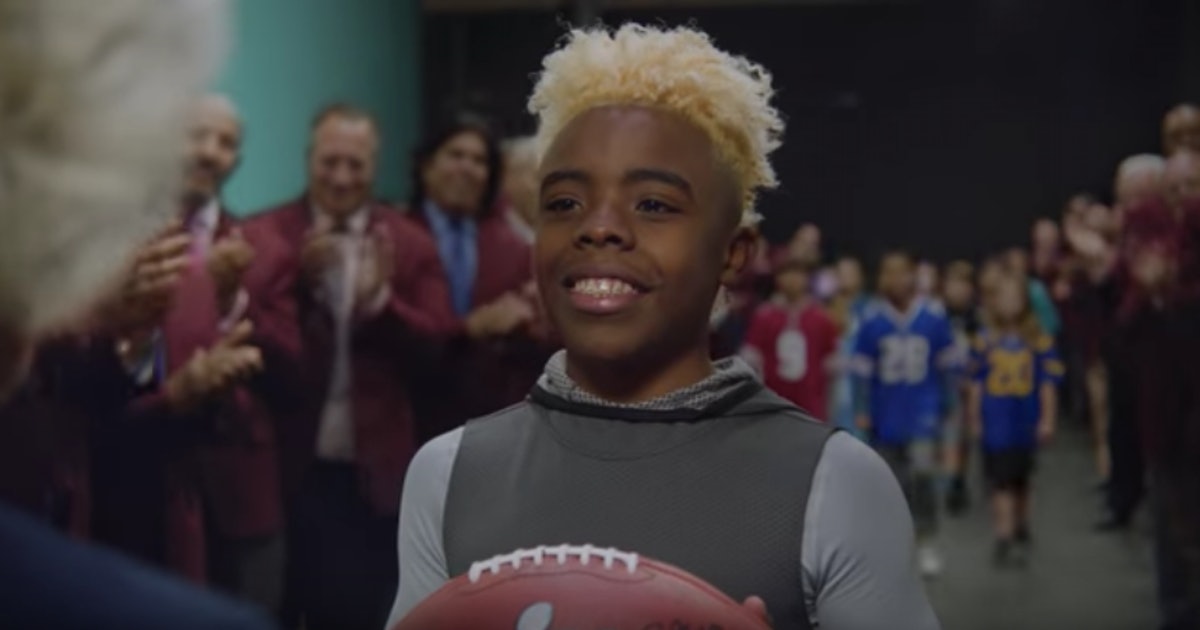 The 2020 Super Bowl is well under way, and one of the most moving moments already happened. The tweets about the NFL’s Next 100 Super Bowl intro, featuring a young boy running across the country and straight into Hard Rock Stadium, prove it was the perfect way to start the biggest game of the year. The spot aired right before kick-off as a way to cleverly deliver the game ball to the actual field.

It started with the star of the spot, a young boy at football practice, running through and out of his practice field. He races through several cities across the United States, picking up some friends along the way. Passersby watching them run (including San Francisco 49ers quarterback Jimmy Garoppolo and several other professional athletes and coaches) cheered them on and motivated them to keep on going, telling them to “take it to the house, kid.” The “house” is the stadium where the actual game is taking place in Miami, and when the young boy gets there, he’s greeted by Virginia Halas McCaskey, owner of the Chicago Bears, telling him, “You know what to do,” as she hands him the game ball. The pre-recorded, edited footage ended and picked right back up in real-time, with the same young boy and several kids behind him decked out in NFL jerseys racing out through the tunnel and onto the field.

The spot was the result of a contest from the NFL encouraging football parents and coaches to submit videos of their young players showing off their best moves. It was open to all children who play tackle or flag football between the ages of 9 and 12, and the winners got to appear in the spot and run onto the field at Super Bowl LIV with the game ball. This year marks the 100th anniversary of the NFL, and the spot on screen closed with the emotional line, “Here’s to the next 100.”

It’s safe to say the casting call worked, because the result was an incredible TV spot that moved fans on Twitter.