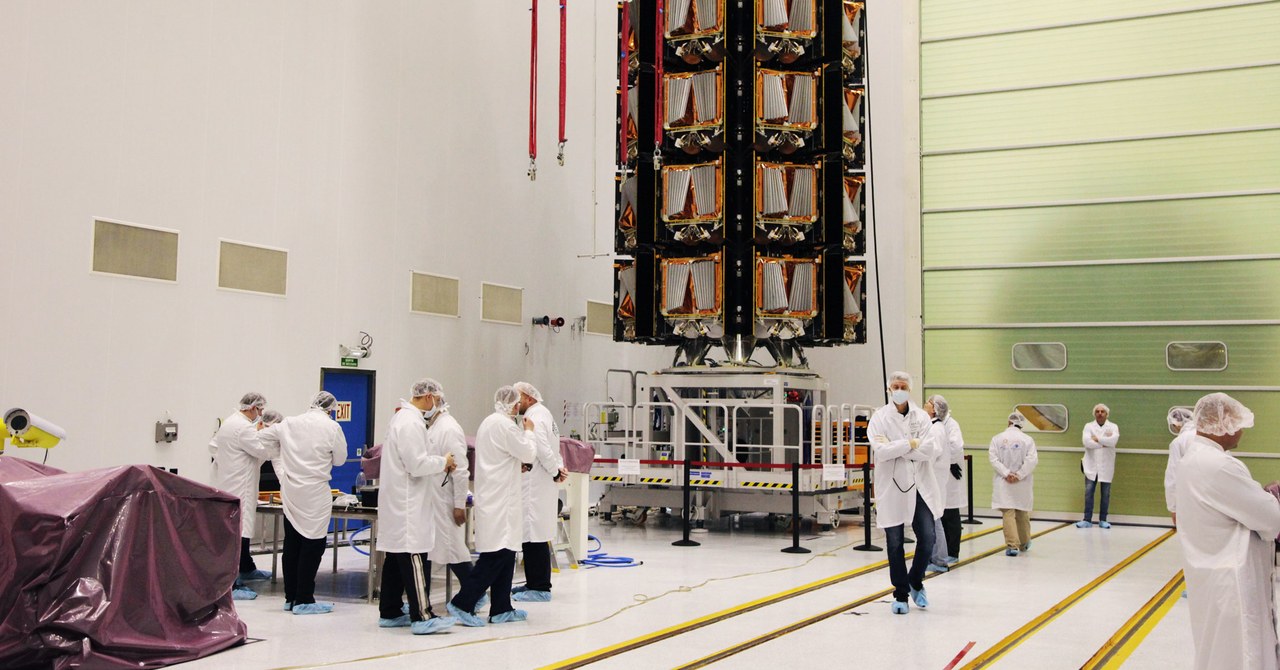 For the better part of a year, SpaceX has gotten the lion's share of attention when it comes to "mega-constellations" of internet satellites. Between May and January, the company launched 240 Starlink satellites into low Earth orbit, with more launches coming, and has talked of offering preliminary commercial service later this year.

But it was actually another company, OneWeb, that launched the first six satellites of its mega-constellation back in February, 2019. Initial tests of those satellites went well, the company said last summer. Now OneWeb is preparing for its second launch of 34 satellites on board a Soyuz rocket from Baikonur, Kazakhstan. The launch is scheduled for 4:42 pm ET (21:42 UTC) on Thursday, February 6.

On the eve of Thursday's launch, Ars spoke with OneWeb CEO Adrián Steckel about the company's plans and how it will compete with half a dozen other firms looking at providing internet from space.

One of the big challenges over the last year, he said, has been scaling up. The company initially built 10 satellites and launched six of them. This year, OneWeb plans to do 10 launches of 30 to 36 satellites per flight, so that has required major changes in production and suppliers. "But now we've got the factory up and running," he said of the company's facility just outside the gates of Kennedy Space Center in Florida. "We've really been able to take an assembly line approach to satellites."

The company chose to partner with Arianespace and its modified Soyuz launch vehicle for the 2020 launches because, Steckel said, OneWeb needed a provider that could guarantee a high cadence of launches with good success. After completing the initial phase of deployment, comprising a network of 648 satellites, OneWeb in 2021 will consider alternative launch vehicles as it continues to expand its network. Eventually it may fly as many as 5,260 satellites.

"Right now, we’re the largest buyer of launch in the world," Steckel said. "In the future, as we look to our next phase of deployment, we're willing to buy rocket launches from SpaceX, Blue Origin, or whoever."

OneWeb has taken a different approach than SpaceX in terms of how it plans to interact with customers on the ground. SpaceX has opted to offer direct-to-consumer services with the intention of selling user terminals to acquire satellite from space and essentially functioning as a new internet provider. OneWeb plans to partner with existing telecommunications companies, Steckel said.

For example, Steckel said, if you live on a mountaintop in Utah, you won't be able to go to OneWeb's website and order service. Rather, the company plans to partner with existing service providers to expand its networks and increase capacity. So OneWeb's service in rural areas of Utah probably would be sold through a distributor.

It's a model the company believes makes sense because the right answer for getting regulatory approval and delivering service in the United States or the Philippines or Indonesia will vary, Steckel said. "We're going to be doing business with partners around the world," Steckel said. "Our style is not confrontational. We're using a different model. It's a big world."

OneWeb plans to offer its first customer demonstrations by the end of 2020 and provide full commercial global services in 2021.

Eye on the Night Sky

In addition to Starlink, OneWeb faces competitors in Amazon's Project Kuiper service, Telesat, and potentially other companies such as Lynk, Facebook, and others. Steckel said he believes three or four companies will make it to the phase in which they're launching hardware into space, and having three or four providers of low-latency internet from low Earth orbit will probably make for a healthy market for consumers and providers.

Steckel has also observed the backlash by astronomers as SpaceX has begun to put hundreds of satellites into space. Starlink represents just the vanguard of mega-constellations, which will likely eventually entail tens of thousands of satellites in orbit at altitudes of about 500 to 1,200 km. Because OneWeb's satellites will be about twice as high as Starlink satellites, at 1,200 km, Steckel said, they should not be visible to the naked eye. In addition, he said, OneWeb has been in dialog with both the Royal Astronomical Society in London and the American Astronomical Society.

"I would love to be able to tell you that this is a nonissue for us, but we don’t know for sure," he said. "What I can say is that we’re working to minimize the impact to astronomy and the night sky."