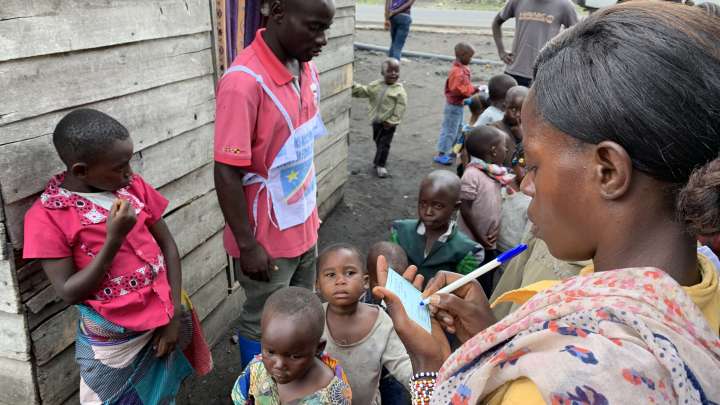 More than 6,000 people have died in the Democratic Republic of Congo in what the World Health Organization (WHO) is calling the “world’s worst measles epidemic.”

Area health officials are requesting “adequate finances” in order to “end the outbreak” and “lift the burden of this prolonged epidemic” from thousands of Congolese families. Already, $27.6 million USD has been mobilized but an additional $40 million USD is needed to reinforce on-the-ground outbreak responses and to implement a six-month plan to extend vaccinations to children between the ages of six and 14. It is reported that one-in-four reported measles cases affect children over the age of five.

“We are doing our utmost to bring this epidemic under control. Yet to be truly successful we must ensure that no child faces the unnecessary risk of death from a disease that is easily preventable by a vaccine. We urge our donor partners to urgently step up their assistance,” said Dr Matshidiso Moeti, WHO Regional Director for Africa, in a statement released by the agency on January 2. IFLScience contacted WHO for recent numbers but has not received a response at the time of publication.

At the beginning of last year, 310,000 suspected measles cases reported in the central African nation despite more than 18 million children under the age of five being vaccinated across the country. Health officials report that low vaccination rates in some areas are compounded by malnutrition, weak public health systems, outbreaks of other diseases, as well as instability and difficulty in accessing healthcare.

In December, Samoa declared a state of emergency after experiencing a measles outbreak so extreme that families were asked to hang red flags outside of their homes to signify that family members of their household required vaccinations. Health officials told IFLScience that low immunization coverage in the Pacific Island nation left the country “extremely vulnerable” to measles, resulting in more than 5,600 infections and the deaths of at least 81 individuals, most of whom were babies.

The highly contagious viral disease is almost always preventable through the administration of a safe and effective vaccine, according to the WHO. Even so, measles epidemics in western countries are seeing a recent resurgence largely due to “anti-vaxxers,” a movement of individuals who believe vaccinations cause a myriad of health effects, including autism, despite a perpetually growing body of evidence that suggests exactly the opposite. Lower-income countries such as DRC are particularly susceptible to virulent diseases as established healthcare systems capable of vaccinating rural populations is exceedingly difficult for a variety of reasons, including instability and a lack of funding.

In 2018, the WHO reports that more than 140,000 people globally died from measles, mostly children. The disease is caused by a virus in the paramyxovirus family and it is passed through the air to then infect the respiratory tract before spreading throughout the body.