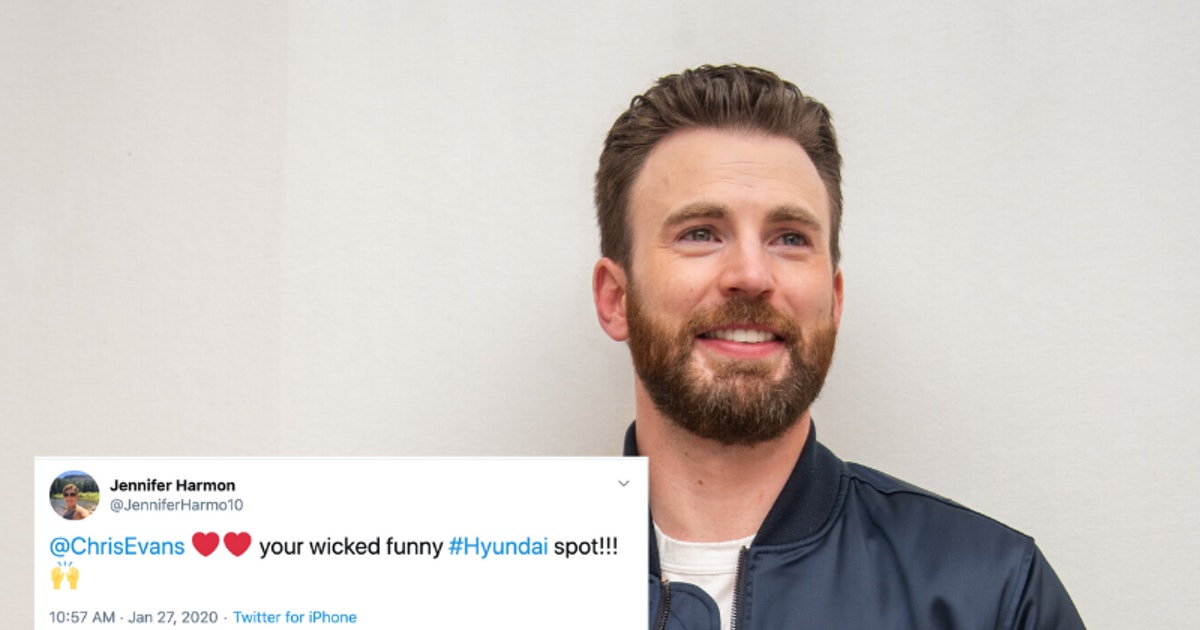 With Super Bowl Sunday only days away, viewers are gearing up for the big game by checking out some of the commercials that’ll air on Sunday, Feb. 2. Sports fans and casual viewers alike are going wild over a new Hyundai ad for the 2020 Sonata which shows Chris Evans, John Krasinski, and Rachel Dratch throwing it back to their Boston roots — and the clip is just as hilarious as you’d expect. These tweets about Chris Evans in Hyundai’s 2020 Super Bowl commercial are so here for his accent, because the actor has really never sounded “bettah.”

Hyundai released the full 1-minute ad on Monday, Jan. 27, and it’s getting many positive responses due to its mixture of laughs, hunky leading men, and a tongue-in-cheek homage to Boston’s unique intonation. Evans and Krasinski, who were both originally born in Bean Town, put on their best Bostonian accents in the commercial as they debate how “wicked smaht” the 2020 Sonata’s Remote Smart Parking Assist feature — which lets drivers remotely get their vehicles in and out of tight parking spots — is. Dratch, a fellow Boston native and former cast member, and the Boston Red Sox’s David “Big Papi” Ortiz also star in the video, which shows Krasinski proving “smahty pants” Evans wrong when he’s able to park in a tight spot, thanks to the “smaht pahk” feature.

In addition to the undeniable thirst trap that is the actor absolutely slaying his OG accent, it’s safe to say the video itself is comedic gold — and the YouTube and Twitter clips have already amassed thousands of views from fans who can’t get over just how funny this car commercial is.

It looks like Evans’ chunky knit sweater from isn’t the only thing that gets the actor’s fans going. Apparently, a strong Bostonian accent can do the trick as well.

TBH, it sounds like these fans could listen to Evans talk about “pahking the cah” all day.

It’s safe to say fans can’t get enough of these hilarious Bostonians, so here’s to someone starting a petition to get to write up a script for this East Coast comedy trio, plus Big Papi.