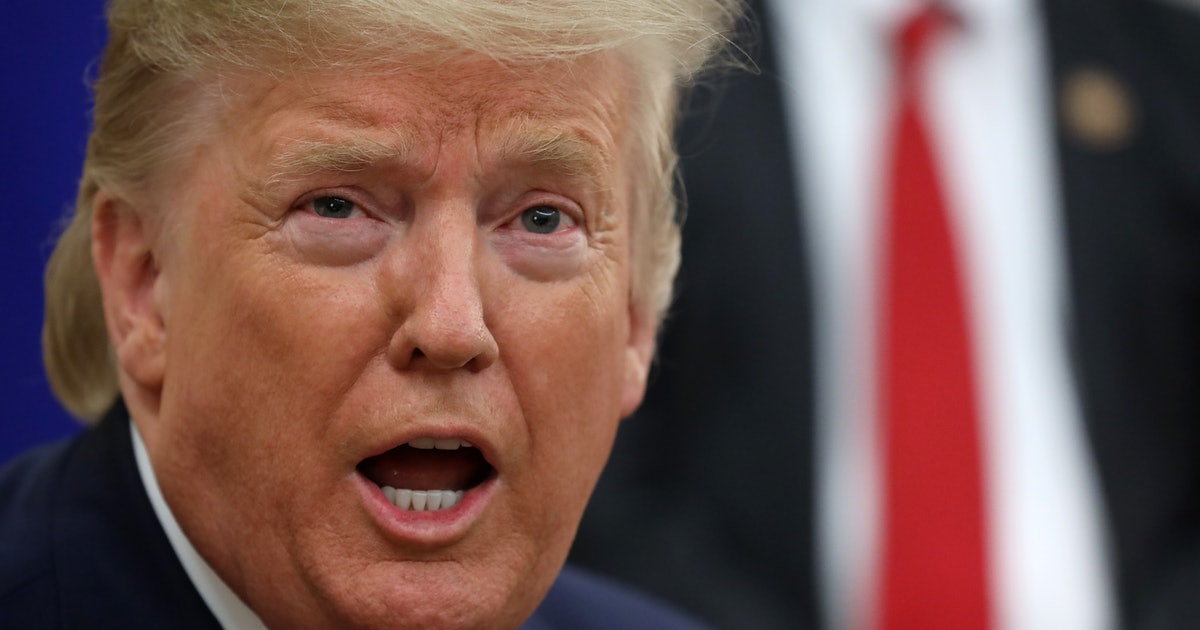 Will The U.S. Go To War With Iran? This Is Hopeful

On Thursday, Jan. 2, the Pentagon announced that a prominent Iranian general had been killed in a drone strike ordered by President Donald Trump. The announcement that General Qassem Soleimani had been killed sparked widespread mourning in Iran, as well as global concerns that Trump was escalating existing tensions in region. But will the U.S. go to war with Iran? Both countries seem to want deescalation instead.

After news of Soleimani’s death was announced to the public, there were numerous protests across Iran, and outrage from Iranian leadership. Trump and Secretary of State Mike Pompeo subsequently defended the decision to kill Soleimani, alleging that he had been plotting actions against American targets. On Tuesday, Jan. 7, in what has been widely described as a retaliatory move, Iran launched more than 20 missiles at air bases in Iraq that house thousands of American and Iraqi forces. Both Iraq and the United States have confirmed that no one died during these missile strikes.

The next day, on Jan. 8, Trump delivered remarks about escalating tensions with Iran, in which he appeared to simultaneously call for peace while issuing a firm warning to Iran.

“Our great American forces are prepared for anything,” Trump said. “Iran appears to be standing down, which is a good thing for all parties concerned and a very good thing for the world.” He also implied the United States did not intend to escalate further, saying the United States may have a strong military, but did not necessarily need to use it in this case.

However, Trump did indicate that his administration “will immediately impose additional punishing economic sanctions.” He also called on NATO to “become much more involved in the Middle East process.” Trump’s comments came not long after Iran’s foreign minister, Mohammad Javad Zarif, said in a statement that “Iran took and concluded proportionate measures in self-defense.”

“We do not seek escalation or war, but will defend ourselves against any aggression,” Zarif tweeted on Jan. 7.

Trump’s Wednesday remarks followed protests across the United States, in which antiwar demonstrators demanded “no war with Iran!” More protests are planned for Thursday, Jan. 9, according to . Many people — protesters, journalists, and lawmakers included — have expressed their concern that Trump’s rhetoric and actions against Iran and Soleimani were reminiscent of the days before the Iraq War, and they do not want to see a repeat in Iran. But given these statements by Trump and Zarif, it seems that both the United States and Iran are preparing for a deescalation of tensions.

However, these tensions won’t dissipate overnight. Just hours before Trump delivered his remarks on Wednesday, Iranian President Hassan Rouhani tweeted that his country’s “final answer” to Soleimani’s death “will be to kick all US forces out of the region.”

Trump’s comments about sanctions and NATO, meanwhile, indicate that he still wants to implement restrictive measures where Iran is concerned. But at least in terms of military escalation, both the United States and Iran seem prepared to ease off for the time being, with Trump saying on Wednesday that “the United States is ready to embrace peace with all who seek it.” It remains to be seen how existing tensions between the two countries play out in the coming months, but at least for now, an outright war does not seem to be in the cards.