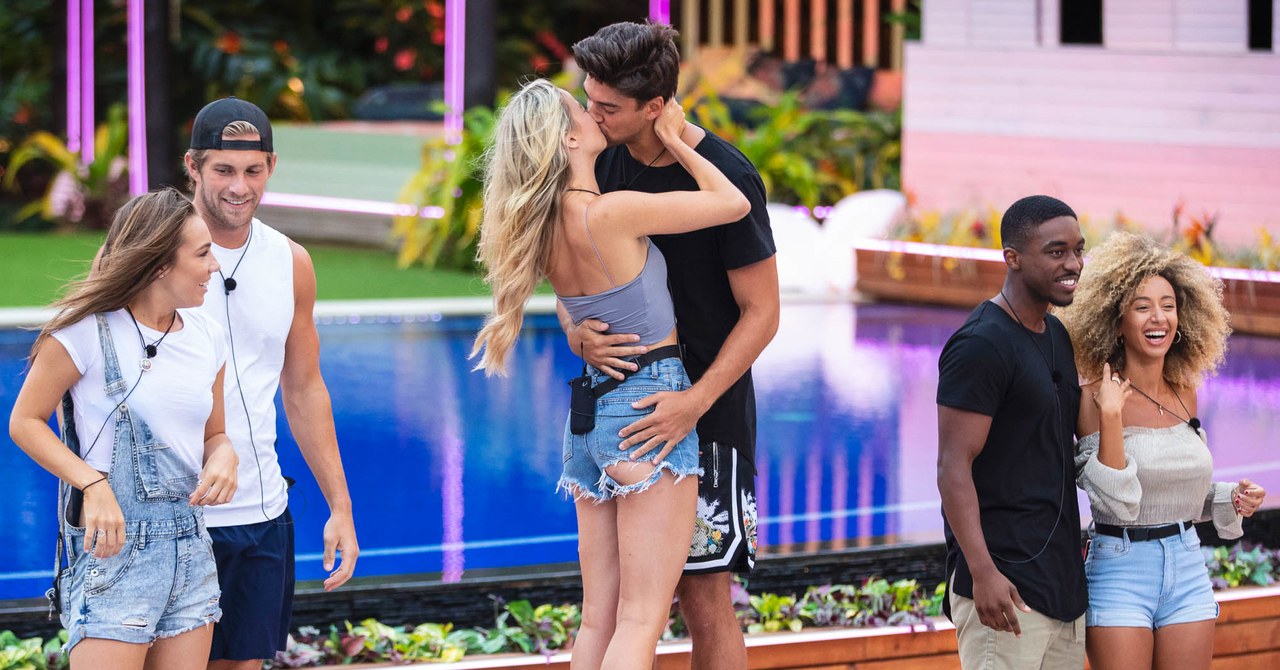 The series, which returned to screens for a winter edition last Sunday, has been a smash hit, crossing international borders and being referenced on other shows including Orange is the New Black and Euphoria.

But there’s an aspect to the show’s success that no one is talking about—Love Island has been revolutionizing the television business through its money-making app.

Since 2017, the Love Island fan companion app has generated over £12 million in sales, with fans purchasing over 650,000 personalized water bottles—the same ones you see Love Islanders slurping on during each episode.

The app has also cleverly tapped in to the show’s fashion-focused audience. It allows viewers to instantly buy the clothes they’ve seen onscreen immediately after watching the episode. In 2018, Love Island’s fashion partner Missguided saw sales jump by 40 percent a week during the run of the series. The show’s current partner, I Saw It First, says sales of its clothes were up 67 percent compared with the previous year during the show’s run in summer 2019.

The app was developed by UK-based Monterosa, which has also worked on ITV’s other fan companion apps for The X Factor, Britain’s Got Talent, I’m a Celebrity, and Red or Black, as well as on an app for Channel 4’s Million Pound Drop. But the Love Island app has been the company’s biggest surprise win.

“Love Island was just on the cusp of going mainstream, and we had started working with ITV, having made six or seven apps, and we wanted to innovate and derive a bit more value from them,” says Monterosa’s CEO Tom McDonnell.

After the 2017 series, McDonnell and his team spent the Christmas break brainstorming ways the company could improve the app further. “We thought, well, let’s put a shop in there, and let people impulse-purchase merchandise that was related to the show,” he says. Initially, he went to ITV with the idea of selling slogan-based T-shirts through the app, and admits that the lucrative water bottles were the network’s idea. “We thought might sell a few things, but we’ll do it just as an experiment to see what works,” he adds.

It was an instant hit. “We’re a tech company, we’re not e-commerce personalization experts, but three or four days into having launched it, I think we’d sold five times more than we thought we’d sell in the entire season, and we were like ‘Oh shit, I think we might have run out of stock’,” he remembers.

Since then, the e-commerce portion of the app has been so wildly successful that the broadcaster has continued to cram it with even more merchandise. The water bottles were joined in 2019 by cheap phone cases, personalized wash bags, baby beakers, makeup, and personalized suitcases. And this year the broadcaster introduced Polaroid sunglasses to the store, as well as a Love Island satin robe—customizable with your name on it, of course.

“The Love Island app has found success due to a perfect combination of factors, including an ideal target demographic and the event culture of the show that inspires appointment viewing and voting,” says Rebecca McGrath, senior media analyst at Mintel. “The reality TV and influencer worlds have also become very tightly interwoven, with reality TV stars acting as aspirational promotional figures, making brand partnerships a natural fit.”

According to Mintel, one in 10 fashion consumers in the UK look to reality TV stars for fashion inspiration, which rises to one in four in the 16 to 24 age demographic. But McGrath adds that the Love Island app’s winning format may not work for every show, or in fact, any other show that isn’t in the reality TV genre.

The Love Island app received a huge boost because downloading it is the only way to vote on the show’s eliminations. “The importance of the voting aspect (with voting only available on the app) should not be underestimated,” says McGrath. “Fans are not necessarily going to be incentivized to download an app simply because it has additional content.”

Alex Connock, a fellow in marketing at Oxford University’s Said Business School, argues that the success of the Love Island app is a sign of things to come—and just the beginning of a more integrated e-commerce function built into TV shows from the start. “Love Island is really a testing ground for that whole new technology of how broadcasters can take on programmatic [online] advertising,” he says.

With commercial television advertising under threat, the success of Love Island’s app could be seen as part of a pivot toward a different revenue stream for broadcasters like ITV—one that echoes the online model. In 2018, ITV boss Carolyn McCall announced a change of strategy aimed at generating £100 million from consumer-focused partnerships and deals.

“If you’re a Boohoo or a Missguided or a Pretty Little Thing, you’re just waiting for the moment you can buy click-through advertising from the broadcaster’s video on demand platform, whether that’s Channel 4 or ITV,” says Connock. “That’s the moment at which you can get a direct translation at scale.”

We’re likely to see this approach being applied on other platforms too, says Karen Boswell of global brand agency VMLY&R. “It's incredibly smart to be monetizing some of the products within Love Island,” she says. “I think there's probably space for them to be smarter still, as they start to connect their platforms.”

Monterosa has big plans for the Love Island app, and for fan companion apps in general. Last week it deployed a new product called Player Layer onto the Love Island app. This allows fans to take a fully interactive tour of the villa directly in the app and—of course—purchase any products that they like the look of. “You can buy all the different products in the villa,” says McDonnell. “It’s a first run out of that particular product, but it’s already illustrating what a much more scalable model could look like.”