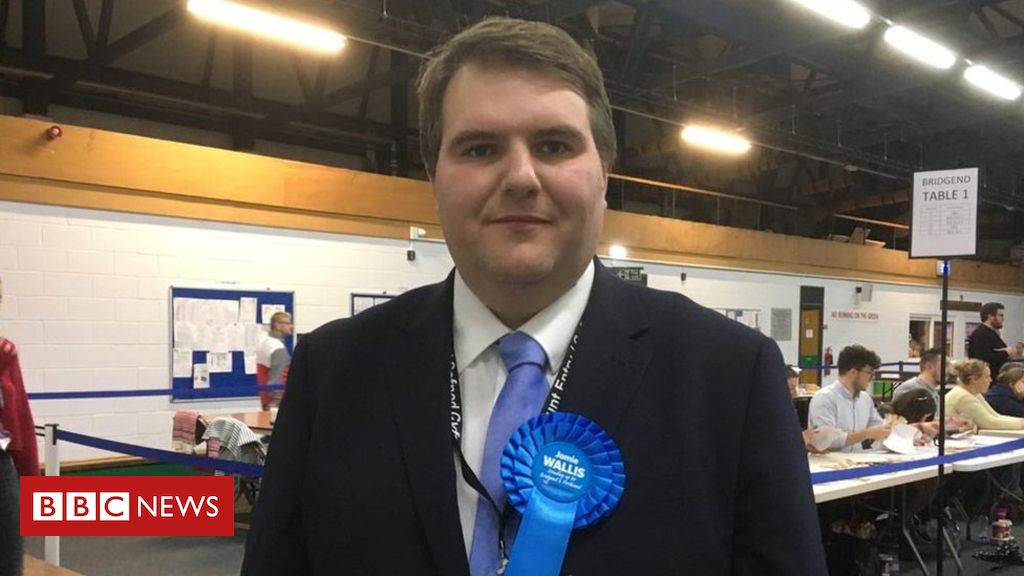 The newly-elected Bridgend MP has distanced himself from Sugar-Daddy.net.

A Labour MP has said this was “clearly” contradicted by company records.

One ex-staffer said he “was aware” the site was being run from the office, while another said his denial “totally lacks credibility”.

Sugar-Daddy.net offered introductions to wealthy individuals, saying: “We can introduce you to your very own sugar daddy and solve your money worries.

“Whether you’re a boy, girl, straight or gay, there’s a sugar daddy for you.”

Labour’s Tonia Antoniazzi raised the link between Jamie Wallis MP and the site in the House of Commons on Wednesday following reports by Buzzfeed News.

The Gower MP claimed Mr Wallis had “misled the press about his involvement” in the website, which she called “exploitative and demeaning”.

Mr Wallis told BuzzFeed: “Online queries indicate the Sugar-Daddy.net website was registered in 2004 and ceased to be operational in 2010.”

“The site appears to have been owned and operated by a company named SD Billing Services Limited.

“For the avoidance of any doubt, I have never had a financial interest, nor been a director of SD Billing Services Limited and cannot comment on its operational activities.”

Jamie Wallis is listed at Companies House as a person with significant control of Fields Group Ltd.

Fields Group Ltd is listed as sole shareholder of SD Billing Services between October 2007 and October 2010.

Within that period Mr Wallis was a shareholder and director of Fields Group.

The Fields Group has operated a number of businesses from an office in Pencoed, outside Bridgend.

Two former employees of those, who worked in an office with Jamie Wallis, told the BBC’s Politics Wales programme that Sugar-Daddy.net was also run from that office.

One said: “It’s not believable to think he didn’t know about the site because it was up there on the screen (in the office).

“He would be aware, he was always in the management meetings with everyone else and that’s when they talk about how their businesses are going.

“It was just one main office, couple of smaller offices off it on one floor.

“It wasn’t a big office, I would say there’s about 20 people in it on the main floor. Everyone knew each other.

They said he “had to be aware”.

“I mean, just walking through the office he would see it on screen,” they added.

Another former employee said: “Sugar Daddy was run from the Bridgend office. Jamie was aware of it and he was fine with it.

“He saw it as a good business model. He had no concerns and never raised any issues about the ethics of it.”

BuzzFeed News reported that 10 companies where Mr Wallis was or is a director were subject to more than 800 complaints to trading standards between January 2008 and February 2017, according to Bridgend council.

The council said the companies had been the subject of 20 enforcement visits.

Mr Wallis told BuzzFeed the figures were “nonsense” and he is taking legal action against Bridgend council.

A Bridgend council spokesman confirmed they had received a “letter-before-action” from Fields Group Limited but could not comment further “due to the possibility of ongoing proceedings”.

BBC Politics Wales is on BBC One Wales at 10:00 GMT on Sunday 19 January and available on BBC iPlayer after it is broadcast