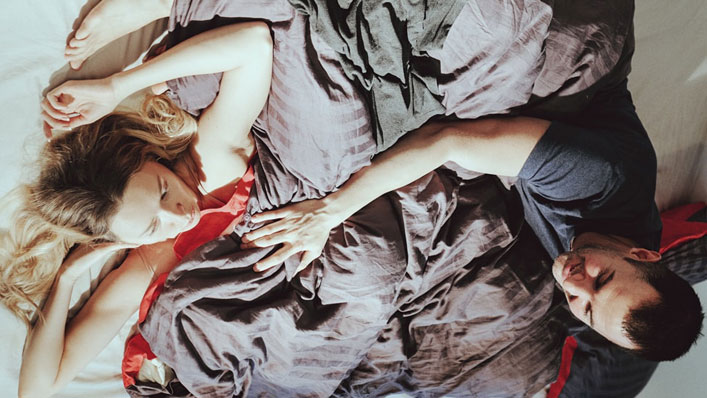 If I could sum up the problem with American Evangelicalism’s view of sex, it would be this: We have made sex outside of marriage too low, dirty and shameful, simultaneously making sex within marriage too high, glorious, and ecstatic.

There are essentially three ways to see sex: Gross, God, or Gift.

If you think it’s Gross, then it should not be discussed, thought of, or ever done. Some of you are familiar with this paradigm of sexuality, raised in overly legalistic homes or churches which either avoided the subject or heavily condemned it.

The opposite is to see sex as God: It is the prize to be sought at all costs. Nothing else is more important, for all roads lead to sex, and it is the means by which enlightenment is attained. Sex is identity and anyone who stands in the way of your self-expression is a repressed prude.

Lastly, the biblical view of sex is to see it as a Gift. Like a father giving his son a rifle, it is a tremendous boon which must be handled carefully and with reverence. In this view there is balance and respect. It is not a bad thing, but it is not the purpose of your existence; the rifle does not supersede the Father.

Growing up in an evangelical home, there was open, healthy dialogue about sexuality. My parents and pastors didn’t just tell us not to do it; they told us why that is important. Conversely, there was little conversation about drugs or alcohol. In fact, whenever my parents had wine or beer with dinner, they let us take sips, which we hated.

What this did to me, I’m realizing, was create distinct, separate categories: virgins vs. non-virgins; married sex vs. non-married sex.

One category was HEINOUS and BAD. The other was GLORIOUS and WONDERFUL. The very entity itself seemed to be simultaneously euphoric and wicked.

Years ago I was with a friend in Chicago and asked if she was a Christian. “Yah, I’m a virgin,” was her immediate response…As if a non-virgin couldn’t possibly be a Christian, or as if her virginity made her a Christian. If that were the true criteria, it’s no wonder the Christian sexual ethic seems repulsive to the world.

What if we adjusted our categories a bit, bringing “SEX” back down to earth a bit?

What if we made room for grace?

Take for instance Justin Bieber’s declaration about his engagement to Hailey Baldwin. He announced that, to honor God, he and Hailey abstained from sex for a year before their wedding. He also admitted that prior to that, he’d had a problem with sex.

Now, to the classical evangelical mind which operates within only two categories, the reaction goes like this, “Well, he had sex in the past, therefore he cannot be a virgin. Therefore, he must be put into the category of heinous, bad non-virgins…how dare he sleep around before, what type of example is that to our children?” and the judgments may expand from there.

Wouldn’t a more accurate reading be to see the actions taken by Bieber as a beautiful reorientation of his actions toward the way God intended? He basically said that he used to see sex as God, and now, rather than seeing it as gross, he perceives it as a gift. He decided to stop misusing God’s gift, redirect his own actions, and use this gift the way God intended for it.

This is the part that may stir the ire of classical evangelicals: I don’t believe that because Bieber had sex in the past, his marriage is doomed to fail.

That’s exactly the issue. Treating it this way inherently gives too much weight to sex—an action. It does not define a human or their future families, and regardless of one’s sexual past, it is never too late to reorient their use of it.

I had a friend in LA who became a Christian after I met him. He said that one thing he privately vowed to God when he encountered Him is that he won’t have sex again until he’s married. It was something he wanted to give up both to honor God and to heal his own life, using sex the way it was intended. He didn’t feel like an unworthy sinner because of his past escapades, but simply vowed to abstain from then until his wedding day.

And it was far less of a big deal than you might think.

It’s tempting to fall back into those categories of the “v-cards” and the “failures.” This gives sex far too much weight on either side.

To the virgins, it becomes God and it makes the non-virgins feel Gross.

Sure, it’s a great thing that feels good, but you’ll finish with your spouse and move on with your night. Or day. And there will be more to your day than the time spent in coitus with your lover. Growing up, I feel like the image I got of sex was that it would heal all my aches and pains and satisfy me once and for all. It was too high. And it’s easy to see why this caused everyone who did not wait feel like trash.

I want to encourage us Christians to think about this: How can we decipher a way to speak about sex that doesn’t shame people into feeling Gross, nor does it paint the act as the end-all of our being; a second God to be served at all costs?

Both extremes are detrimental, disappointing, and frankly, just inaccurate. I’m still committed to giving my virginity to my wife on my wedding day, but not because I’m scared of what will happen if I’m not a virgin by then. It’s because I’ve made it this far and it’s a small thing I can gift to her. However, that’s not to say couples still can’t be tremendous blessings to one another even if they’re not virgins.

I don’t know what the solution will look like, but the more we can return sex to its proper place, the more we will paint a healthier view of it for upcoming generations.