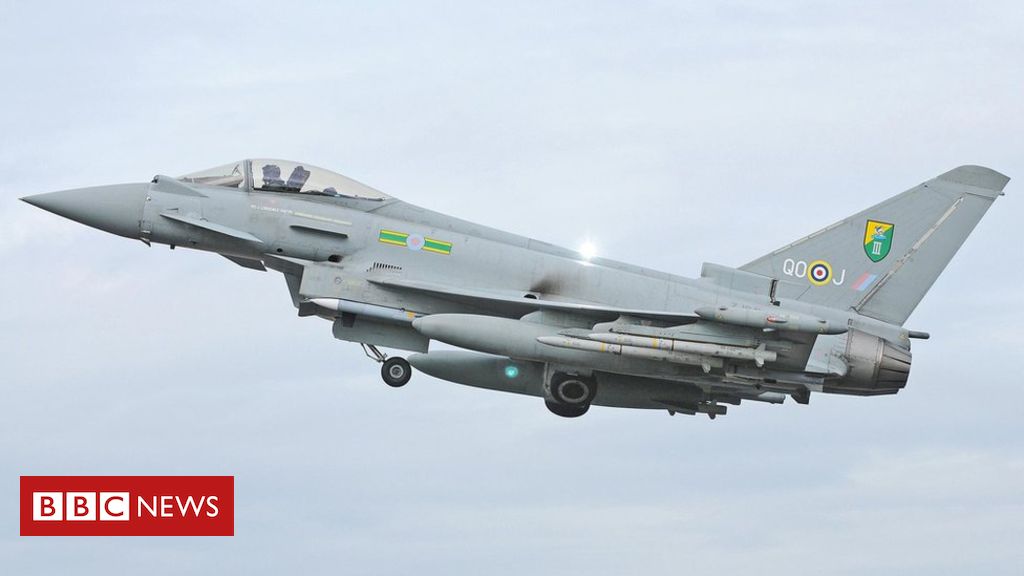 Four compensation claims were made after a sonic boom caused by military aircraft “shook houses”, the Ministry of Defence (MoD) says.

The Royal Air Force Typhoon jets were scrambled to intercept an unresponsive aircraft on 1 December.

The MoD said claims had been made for a cracked ceiling and windows but they were rejected and no compensation paid.

There was a fourth case in which the detail and location was unknown but the claim was not pursued, it said.

The MoD said after “due consideration of the facts no compensation payments were agreed”.

People across parts of the capital and the northern Home Counties said the sonic boom woke them at about 04:20 GMT.

There were reports of houses shaking and police sirens very soon afterwards.

What causes a sonic boom?

When an aircraft approaches the speed of sound (768mph or 1,236km/h), the air in front of the nose of a plane builds up a pressure front because it has “nowhere to escape”, said Dr Jim Wild of Lancaster University.

A sonic boom would happen when that air “escaped”, creating a ripple effect that can be heard on the ground as a loud thunderclap.

It can be heard over such a large area because it moves with the plane, rather like the wake at the bow of a ship spreading out behind the vessel.

London’s Metropolitan Police subsequently confirmed the bang was the result of the RAF aircraft being cleared to go faster than the speed of sound.

RAF jets would only be given permission to go supersonic in emergencies, usually when they were required to intercept another aircraft.

The jets were launched from RAF Coningsby after an aircraft lost communications in UK airspace, a spokeswoman said at the time.

The MoD said military flying training rules did not routinely permit supersonic flight over land in the UK, unless there was an “operational priority”.

It said such events were rare however, the RAF “must continue to robustly secure the UK skies and maintain national security in an unpredictable and dangerous world”.