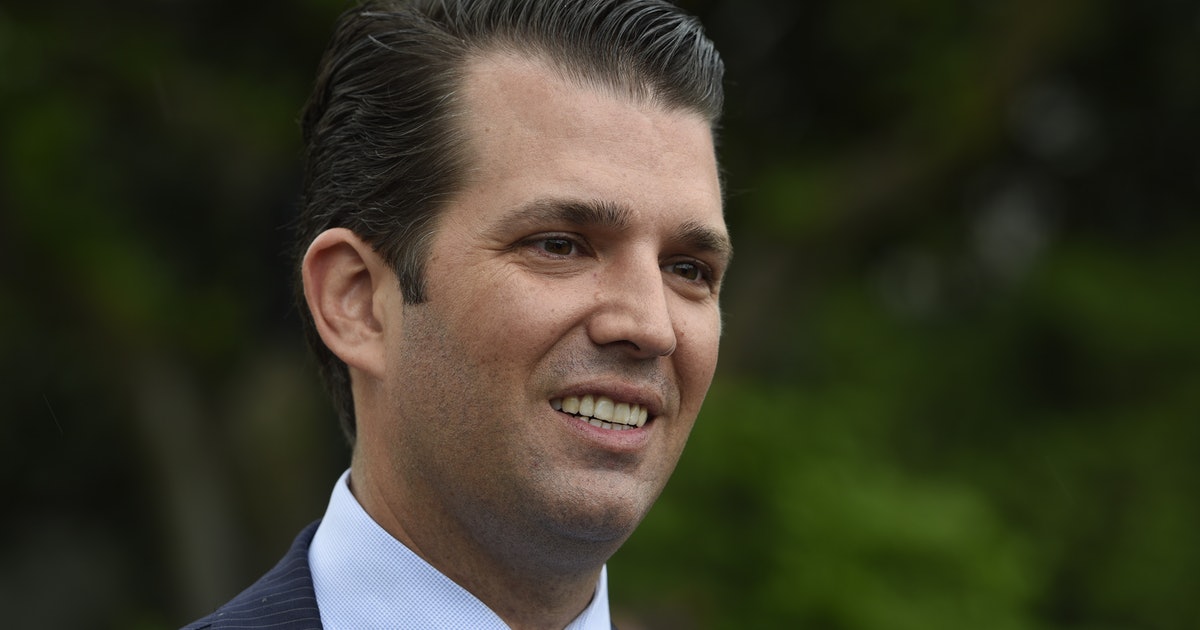 Donald Trump Jr.’s Old Tweet About Impeachment & The Clintons Is So Awkward Now

Remember, kids, the internet never forgets. On Wednesday, Dec. 18, Congress made history when the House voted to impeach President Donald Trump on two articles of impeachment. The White House did not immediately respond to Elite Daily’s request for comment on the vote. The internet quickly went a little bonkers for the historic moment, but one post drew attention that its author probably wasn’t happy about. Let’s just say Donald Trump Jr.’s old tweet about impeachment is deeply, deeply awkward now that his own father has been impeached.

After weeks of debate and months of controversy, the House voted on Dec. 18 to approve two articles of impeachment against President Trump, charging him with abuse of power and obstruction of Congress. Trump called the charges “disingenuous” and “preposterous” in a Dec. 17 letter to Speaker of the House Nancy Pelosi. The first article relates to Trump’s alleged effort to pressure Ukranian President Volodymyr Zelensky into investigating the family of Trump’s domestic political rival, Vice President Joe Biden, by withholding military aid. Trump has denied any wrongdoing or quid pro quo, claiming his request for an investigation was due to legitimate concerns about corruption. The second relates to Trump’s alleged efforts to prevent witnesses from testifying to Congress, which Trump has said was based in his constitutional privilege. Nevertheless, the House voted to impeach Trump, making him the third-ever president to be impeached, after Andrew Johnson in 1868 and Bill Clinton in 1998.

The internet quickly lost its collective cool about the moment, but in all the drama someone found a very old tweet about impeachment from the president’s own son. Apparently, back in 2016, Trump Jr. had chosen to taunt his father’s rival in the 2016 presidential election, Hillary Clinton, by making fun of her husband Bill’s 1998 impeachment. Let’s just say it’s not as harsh a burn now.

Bill Clinton was impeached in late 1998 on two charges: perjury to a grand jury and obstruction of justice. Both charges related to allegations he had lied under oath about his sexual relationship with a White House intern, and allegedly persuaded others to do the same. Clinton was later acquitted by the Senate on both articles of impeachment and finished his full term in office.

A lot of people went off about the awkward vibes of Trump himself being charged in the same way — if for very different reasons — that Trump Jr. was making fun of the Clintons for.

Of course, it remains to be seen where impeachment will go from here. Following the full House’s approval of articles of impeachment, the next step is for an impeached president to be tried in the Senate. However, leaders in the Republican-controlled Senate are currently debating the format for a trial, including how thorough it will be and whether both or either side will be allowed to call witnesses. Meanwhile, Pelosi has indicated she’s willing to delay sending the approved articles of impeachment to the Senate for trial, a move which is already being interpreted as an effort to pressure Senate Republicans into compromises with Democrats regarding how the impeachment trial will be conducted.