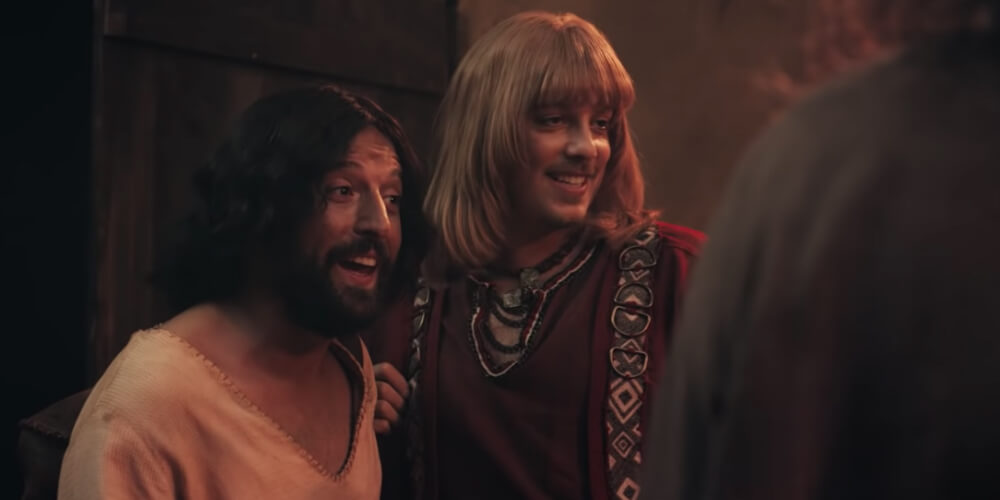 A new Christmas comedy on Netflix is stirring up a whole lot of controversy for implying that Jesus is gay. for the streaming platform to pull the special.

Brazilian movie maker Porta dos Fundos (Back Door), is responsible for The First Temptation of Christ, which stands accused of derision and disrespect for the faith of the Catholic Church and especially for God, according to Yahoos translation of the Change.org petition.

In the special, Jesus comes home to a surprise birthday party with a friend named Orlando. Jesus, who didnt expect all the party guests in his home, says, Thats nobody. Go away. Hes nobody, guys, referencing Orlando.

It is implied throughout various scenes that Orlando is in a romantic, sexual relationship with a closeted gay Jesus.

Orlando later breaks out into song with lyrics that include, In the heat of the desert I saw the size of his huge power.

Over 1 million people have signed the petition aimed at Netflix, with many arguing the special is offensive to people who believe in Jesus.

No one is obliged to believe in Jesus Christ, but we demand respect for our beliefs, wrote a signatory, per Yahoo. Whoever disrespects my God does not deserve my money.

Porta dos Fundos responded to the controversy by tweeting another Change.org petition trying to get the special pulled.

Porta dos Fundos values artistic freedom and humor through satire on the most diverse cultural themes of our society and believes that freedom of expression is an essential construction for a democratic country, Porta dos Fundos told the Daily Dot in a statement.