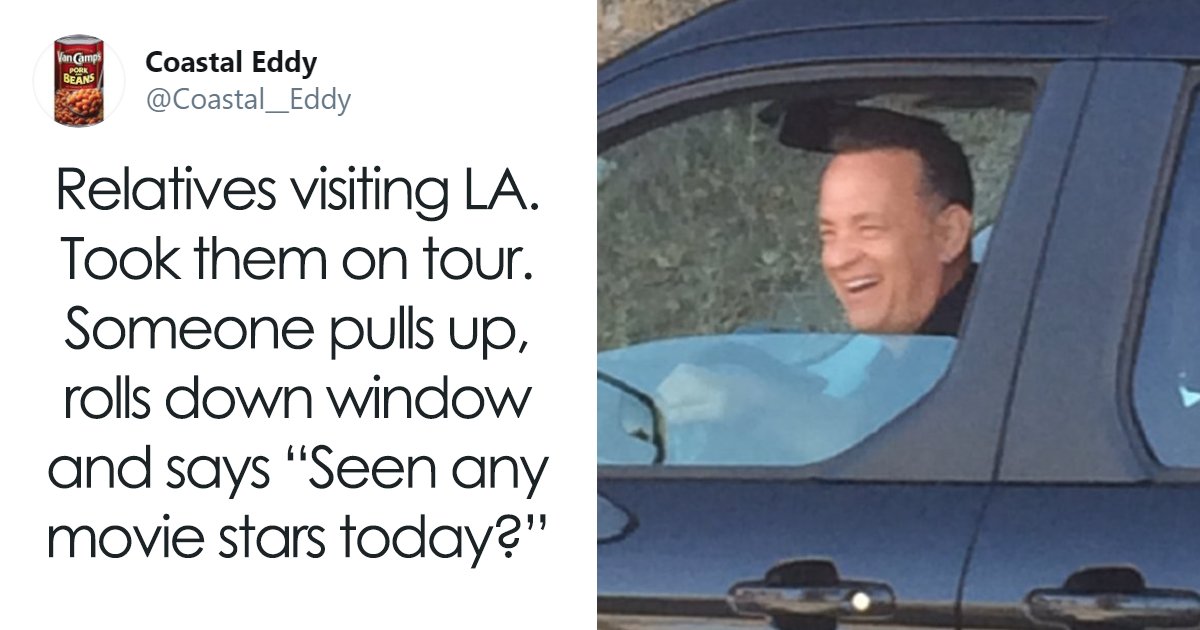 Oscar-winning actor Tom Hanks is still known as the nicest guy in all of Hollywood. And it doesn’t seem that this will change any time soon. At the 2020 Golden Globe ceremony on Sunday, Hanks got the Hollywood Foreign Press Association’s Cecil B. DeMille Award for Achievement in Film, and it was the perfect opportunity for people to speak up about their real-life encounters with the actor.

We’ve collected some of the best stories about people meeting Hanks in real life, so scroll down and enjoy the heart-warming experience. Don’t be shy about leaving us a comment with your thoughts about Hanks and, if you’ve ever met him in real life, we’d love to hear your tale.

Also make sure you have a read through our earlier articles about how Tom Hanks is the nicest guy in Hollywood, as well as how wholesomely Hanks reacts to some of the nicest tweets. Numerous celebrities wear two radically different masks: one in public and one in private. Heck, we could even say that most people in the world behave very differently around strangers and their loved ones.

But Hanks is one of those rare individuals who is always genuine, no matter who he’s talking to. Another upside is that the actor being his honest self is great for everybody because he’s a good person. Compassionate. Kind-hearted. Caring. He’s the perfect stranger to help us out when we’ve had a string of bad luck and the perfect neighbor. Hanks is known for spending lots of time with his fans. He sometimes sends them gifts. And he even answers fan mail. With a typewriter. Oh yeah, he’s that awesome.

When we look at Hanks, there’s a small intuitive feeling that there’s something oddly familiar about him. And we’re not wrong to think that. After all, Hanks’ family is related to the 16th president of the United States—Abraham Lincoln himself. When you realize that, some things just click into place, don’t they? “The members of my branch of the family are either cousins or in-laws or poor relations. So when I was at school, guess which president I was always doing essays on,” Hanks joked.