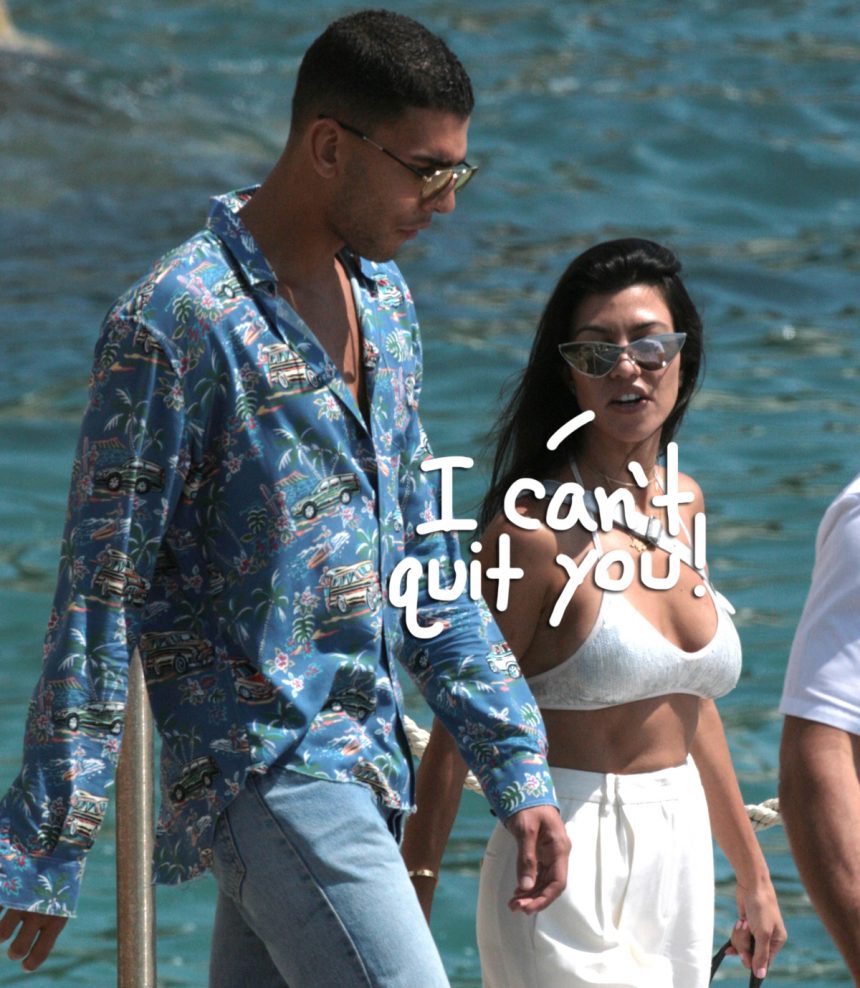 The heart wants what it wants, and despite Kourtney Kardashian‘s best intentions — or, at least, her desire not to get caught doing it —

Even during their brief time inside on Tuesday evening, the star-crossed lovers were apparently vibin’ HARD, as the insider dished to the outlet (below):

“They were on the couch together, pretty intimate in a corner. They did not want people taking photos of them.”

Two Nights In A Row, Though!

As if Tuesday night wasn’t enough, TMZ published pics on Thursday of Kourt and Younes clubbing together on Wednesday night, too — both were behind the DJ booth at LIV in Miami Beach alongside Kendall Jenner and Bella Hadid. When in South Beach…