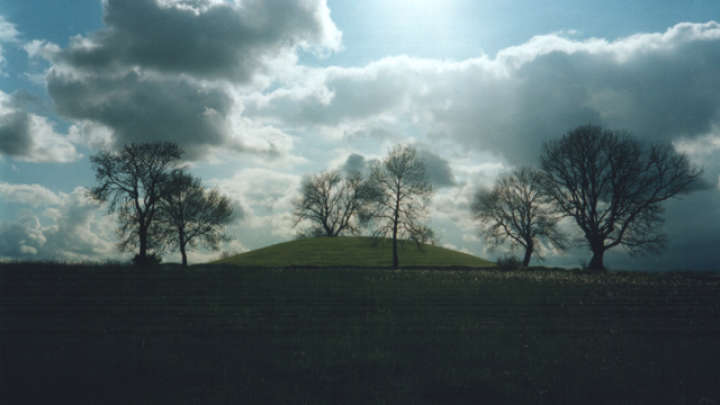 An analysis of fossilized animal bones is revealing how early inhabitants of Ireland lived and gathered in mass congregations at one of the nation’s most iconic archaeological sites.

A collaborative team of researchers from Cardiff University, Queen’s University Belfast, Memorial University Newfoundland, and the British Geological Survey analyzed the bones of 35 animals excavated from Navan Fort, a prehistoric Irish ceremonial center that dates from the 4th to the 1st centuries BCE. Results suggest that people transported animals long distances in order to gather for ceremonial and ritualistic purposes.

“The results provide clear evidence that communities in Iron Age Ireland were very mobile and that livestock were also moved over considerable distances,” write the authors in Scientific Reports.

Navan Fort is one of the greater ceremonial centers of ancient Ireland and has been documented in both historical and mythological accounts. Considered to be the legendary capital of Ulster in the northern part of the country, the site was largely abandoned by the early medieval period but continued to be associated with kings and power. The site is characterized by a large circular enclosure measuring 250 meters (820 feet) wide with an interior structure that is thought to have covered a circular ceremonial wooden structure 40 meters (131 feet) wide. Today, this 2,000-year-old “temple” of sorts is covered by soil.

To come to their conclusions, researchers conducted a multi-isotope analysis on samples of tooth enamel. When animals eat or drink, chemical signals are archived on their teeth that allow scientists to trace their original geographical areas. Such investigations are particularly useful at sites where human remains have not been found. (Just one human clavicle has been discovered at Navan Fort.)

“In the absence of human remains, multi-isotope analysis of animals found at Navan Fort provides us with the best indication of human movement at that time,” said study co-author Dr Finbar McCormick, of Queen’s University, Belfast, in a statement

“Feasting, almost invariably associated with sacrifice, was a social necessity of early societies where the slaughter of a large domesticate necessitated the consumption of a large amount of meat in a short period of time.”

The large size of the structures at Navan Fort and the many animal remains indicate that people likely traveled great distances to reach the destination. But why and when these ancient people traveled to the site largely remains a mystery.

“Our results provide clear evidence that communities in Iron Age Ireland were very mobile and that livestock were also moved over greater distances than was previously thought,” said lead study author Dr Richard Madgwick, based in Cardiff University’s School of History, Archaeology and Religion. “The high proportion of pig remains found there is very rare for this period. This suggests that Navan Fort was a feasting center, as pigs are well-suited as feasting animals and in early Irish literature pork is the preferred food of the feast.

“It is clear that Navan Fort had a vast catchment and that the influence of the site was far-reaching,” he added