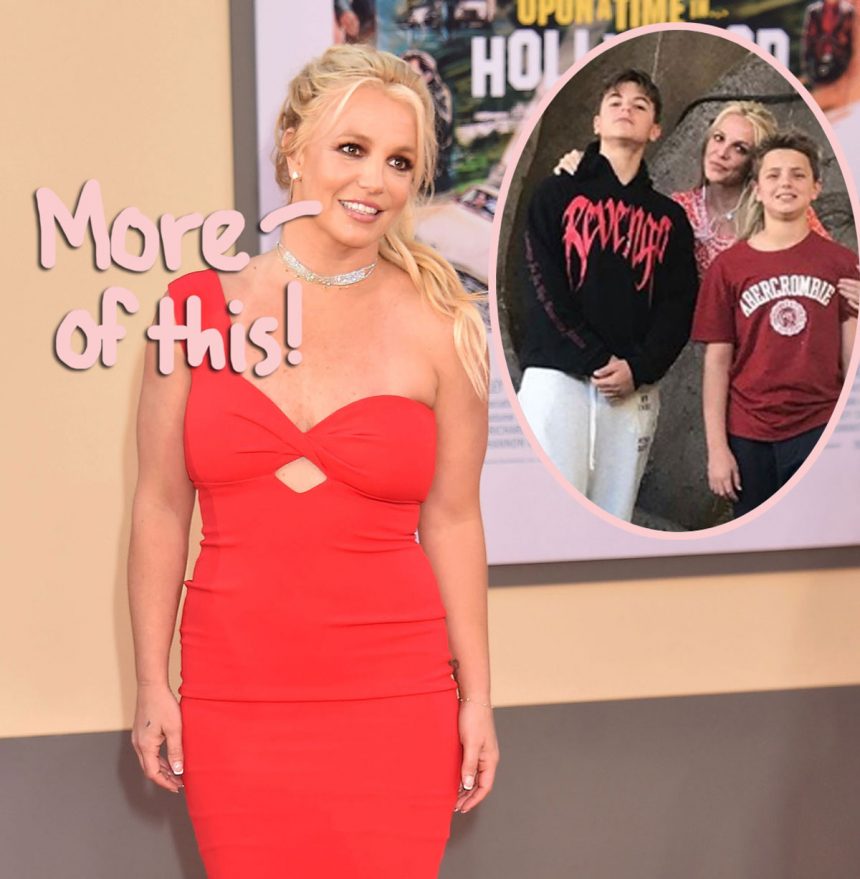 Britney Spears is ready to do whatever it takes to spend more time with her kids.

According to Us Weekly, the entertainer has big plans to return to court at the top of the coming year and plead her case to a judge for a change in her custody agreement with ex Kevin Federline.

A source who spoke to the outlet said the Baby One More Time singer hopes to even the playing field when it comes to spending time with her two children, Preston, 14, and Jayden, 13. Right now, she and the 41-year-old DJ have a 70/30 split in shared custody of their brood, but that all may change come 2020!

The insider dished on Brit’s plan of action and explained:

“Britney’s goal in the new year is to go to family court and petition the judge for increased custody time with the boys. She will have the boys on Christmas Eve, and they will go to their dad’s at some point on Christmas Day.”

The pop icon clearly wants to get back to the former couple’s previously established 50/50 terms. and it sounds like she’s already got a head start on enforcing that with their joint Christmas plans… which is a great start!

Sources close to Brit and K-Fed recently revealed they do not have much of a relationship outside co-parenting their kids, but hopefully, they can find a peaceful common ground in their responsibilities as caretakers.

As our readers will recall, back in September, a judge ruled the Toxic singer would have to cut back on time spent with her boys amid ongoing controversy with their grandfather, Jamie Spears.

The 38-year-old’s legal conservatorship drama with her estranged pops has certainly caused issues among the family. However, their overall dynamic really took a turn for the worse after the patriarch’s reported physical altercation with Preston in August — which forced the teen’s father to step in and obtain an emergency restraining order against Jamie.

The source told Us the messy situation served as a nail in the coffin for Brit’s relationship with her dad:

“The relationship between Jamie and Britney has completely fallen apart. Britney remains very angry at Jamie because his actions with her kids resulted in losing custody time with the kids.”

Well, that’s totally understandable and we’d be upset if things played out this way, too!

The momma of two has been doing much better these days while focusing on her mental health and overall happiness with the help of doting boyfriend, Sam Asghari. Having those loving children around more might help in that department, too!