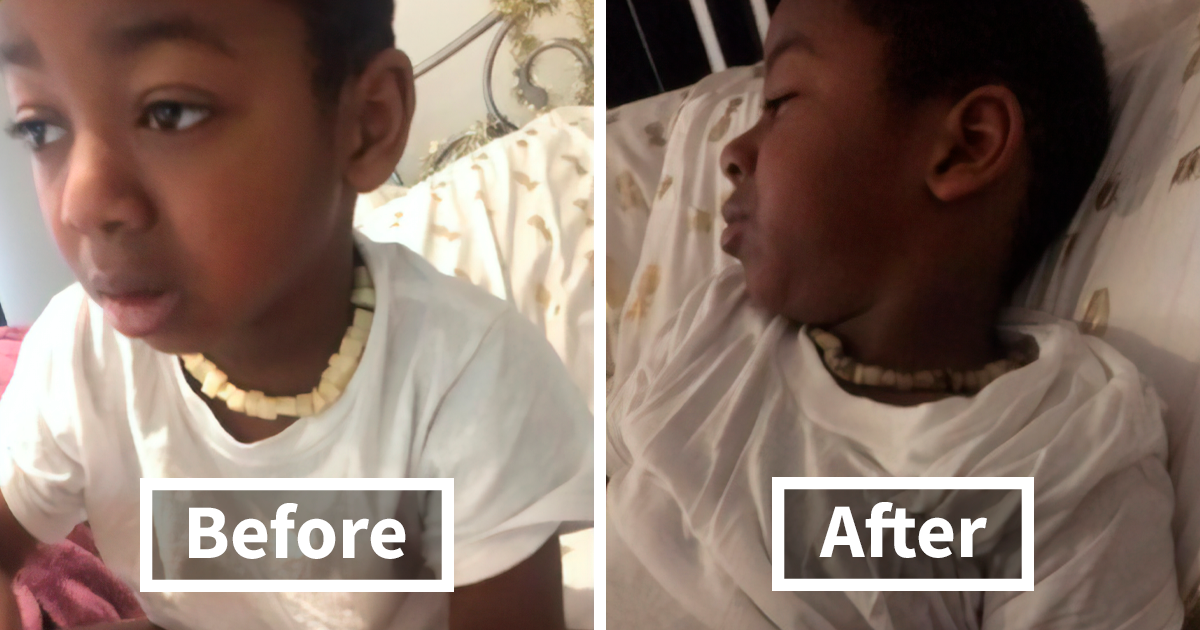 Getting sick is scary. Especially if there is something that never used to happen, or something that happens rarely, but feels different, it immediately sends alerts to our brains.

You know what else is scary? Hospitals. However, while getting sick is genuinely scary because it can mean death in certain cases, hospitals are places of healing, and the only scary things about them are the needles and other procedures we need to endure in order to get well.

So, it is no surprise that some people try everything (or anything) before actually turning to licensed professional doctors for help, giving rise to homeopathy and other unconventional treatments. This exact thing happened with a young lady whose son got a 102.3-degree fever one day, and the first action she took was heeding the advice of her grandmother: putting a potato necklace on the boy.

Apparently, her grandmother was convinced that potatoes draw out the fever and turn black due to the toxins absorbed. In reality, the potato simply oxidizes, but that did not stop around 27,700 people from showing their support by liking her tweet on the matter.

The mother’s tweet included two photos of her son and the caption: “My granny told me about making a potato necklace to draw out fevers (it turns completely black) and y’all it really works! Nolan’s fever yesterday was 102.3 now he’s at 98.2.”

While it’s good that the fever has subsided and the kid was hopefully feeling better that day, the mother was completely oblivious to the fact that no matter what, the human body will always protect itself against everything that’s out to kill it. So it’s much more likely that the temperature went down because the immune system was doing its job. And the potato—it was oxidizing. That’s it.

It quickly drew 27.7k likes… and a lot of facepalming from the rest of the internet

Needless to say, the Internet was facepalming left and right at this. While many people poked fun at this, others shared other homeopathic treatments passed down by their elders (that may or may not work). Read on to find out about them.

Public Service Announcement: the best thing that anyone can ever do for themselves and their loved ones is to seek medical attention whenever there is good reason to. Also, unless you are a licensed medical professional, never attempt to take on serious illnesses on your own, and always seek the advice of professionals in the field who have experience and proper knowledge on the matter.

What are some ridiculous homeopathic treatment methods that you’ve learned about, that don’t work, but people believe in them anyway? Let us know in the comment section below!