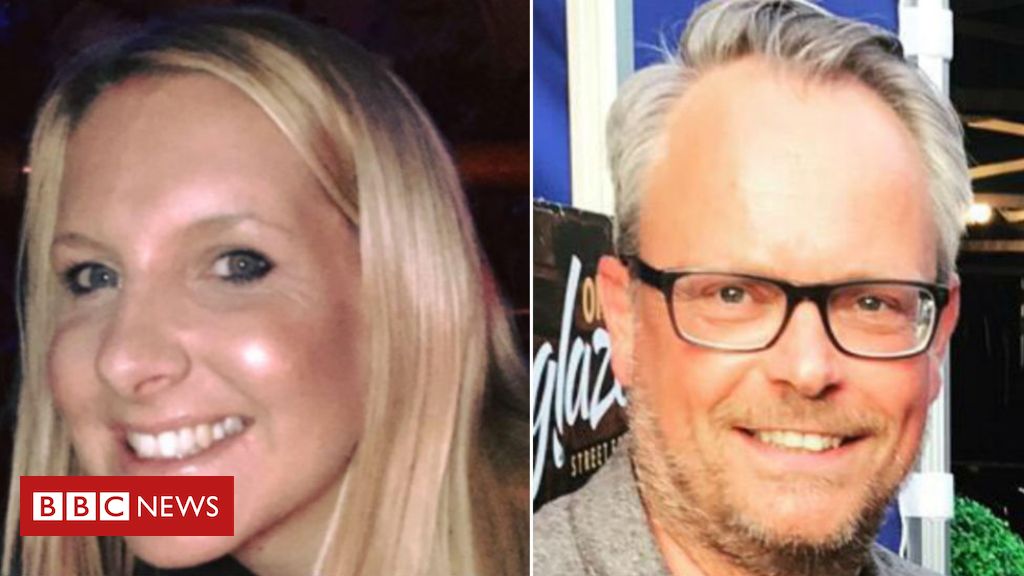 An estranged husband has been charged with murdering his wife and a man who were stabbed at a house in a Derbyshire village on New Year’s Day.

Rhys Hancock, 39, of Portland Street, Etwall, Derbyshire, is due to appear before magistrates on Friday.

Derbyshire Police has referred itself to the police watchdog over previous contact with Mrs Hancock.

Mrs Hancock, whose maiden name was Almey, and Mr Griffiths, from Derby, were found dead at the house at about 04:00 GMT.

The family of Mrs Hancock, from Duffield, described her as a “lovely, beautiful, friendly, bubbly and social person”.

Father-of-two Mr Griffiths, from Derby, was said by his family to be “a lovely dad, husband, son, brother and uncle who had a passion for adventure, running and a love of animals”.

The statement added: “He enjoyed travelling the world, mountain climbing and spending time with his two children. He will be greatly missed.”

Officers remained at the house on Thursday, with searches and door-to-door inquiries taking place.

Police previously said no-one else was at the house at the time.

Ch Supt Hayley Barnett, of Derbyshire Police, said: “The thoughts of everyone at Derbyshire Constabulary are with the family and friends of Mrs Hancock and Mr Griffiths.

“Our thoughts are also with the Duffield community, which is understandably shocked by this incident.”

The Independent Office for Police Conduct (IOPC) confirmed it was investigating police contact with Mrs Hancock before her death.

An IOPC spokeswoman said: “Our investigation follows a mandatory referral from Derbyshire Police.

“Due to the separate ongoing murder investigation, it would be inappropriate to comment further at this time.”