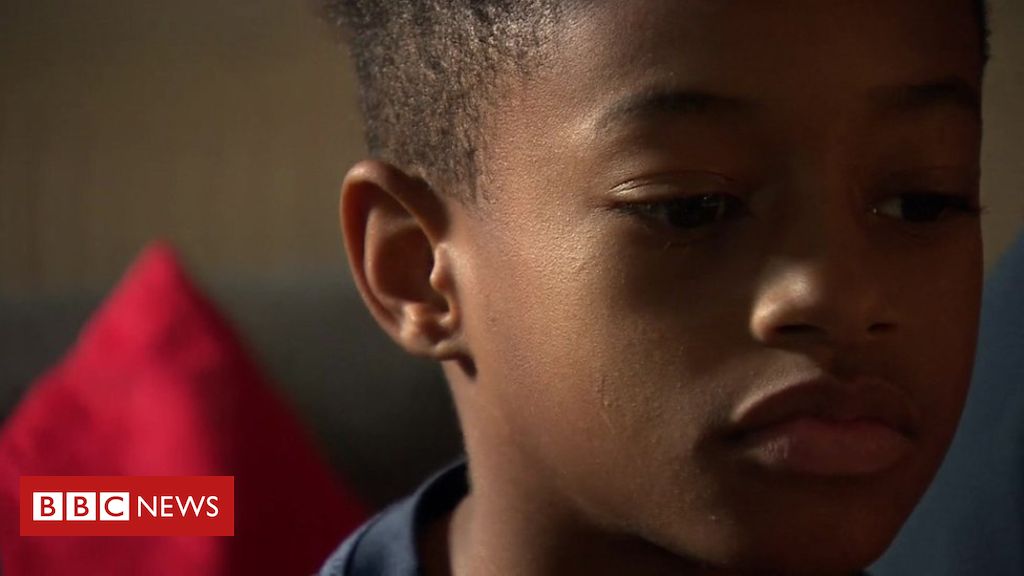 “The person was my friend and I didn’t expect any of my friends to call me a name,” says nine-year-old Nai’m.

He has experienced racist abuse at primary school five times in a year. It has left his mother, Carla, in tears.

One of the perpetrators is now on a council register for racism, with another facing temporary exclusion.

Primary-school exclusions for racism in England are up more than 40% in just over a decade with the biggest rise in the North West, official figures show.

Carla, who moved to Manchester from Bermuda three years ago with Nai’m, says she was called by his school and told another pupil had called him “a black midget”.

“I was in disbelief. But it did in fact happen, so I was taken aback,” she says.

“Then, three weeks later, I got a call again and his teacher was upset.”

When she went into school to talk to the teacher, Carla broke down in tears.

“I couldn’t believe that children would actually talk like that,” she says.

“He was only eight at the time and shouldn’t have had to endure this type of treatment.”

Nai’m, who plays for his local professional football club’s junior team, says much of the abuse happens on the school pitch.

But being called racist names by a friend left him “a little shocked and sad at the same time”.

Another child told him their parents had told them they weren’t allowed to talk to black or brown people.

Carla says the family have a good relationship with the school, which has been working with them to try to halt the abuse.

Nai’m gave a talk to fellow pupils at a special assembly about Bermuda and the school tried to get the parents to meet but some of the perpetrators’ parents refused.

It is up to each individual school to decide how to deal with and whether to document incidents of racism among pupils – the only national figures are those for exclusions and some campaigners say they are just the tip of the iceberg.

“This is about it being OK to be different,” John Au tells a special assembly at Lawrence Community Primary School, in Liverpool.

He works for the Anthony Walker Foundation, set up after the Huyton teenager’s racially motivated murder, in 2005, to campaign for diversity and inclusion.

The school contacted the charity after staff overheard worrying conversations between pupils.

“It was things like, ‘Go back to your own country,’ because a lot of the children come from different countries,” deputy head Lisa Flanagan says.

“We also heard children talking about the colour of someone’s skin.

“In some instances, pupils were refusing to learn about another religion because they thought they would be betraying their own beliefs.”

“We have to understand, schools are a microcosm of society,” she says.

“So if we have an increase in hate crime in society, an increase of bigotry or there’s bullying going on outside of school, racism in papers and in a politician’s narrative, children will pick that up very quickly. And that’s what is happening.”

John Au says his organisation has been receiving an increasing number of requests from schools for help.

“Racism and discrimination is a problem that affects the whole of society. It doesn’t matter how old we are,” Mr Au says.

“Schools should be praised for identifying problems. We have to give them credit for that. When teachers spot things early, it stops them from escalating into something else.”

In a statement Nai’m’s primary school said: “The school prides itself in being an inclusive school and will continue to challenge all forms of racism.

“We strongly believe in educating our pupils by teaching them right from wrong, so that they are able to live in harmony with other people regardless of our differences.

“We want children to accept each other and celebrate our diverse school community.

“We are pleased that our families feel supported by staff and that they are positive about the way we deal with incidents when they arise.”