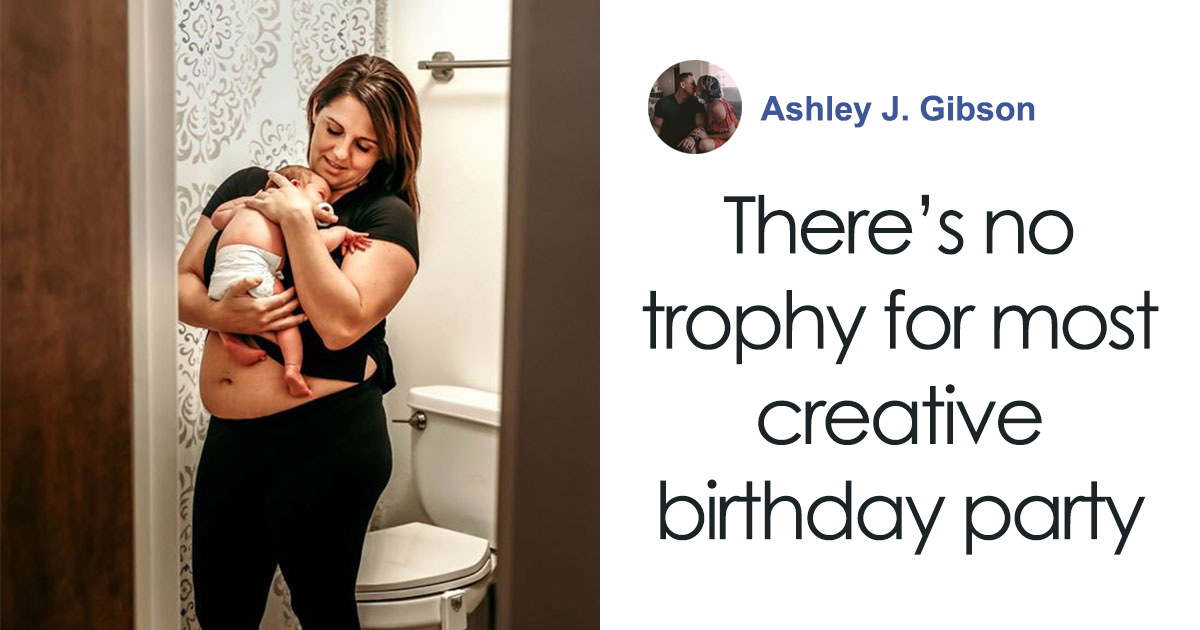 Mom-of-three and blogger Ashley Gibson strives to be the best parent. And that’s definitely something to be proud of. However, from time to time she — like all moms — ends up in situations where she has to do things she’s not too psyched about. And if it weren’t for her husband, Ashley even might’ve gotten used to them.

“There’s no trophy, Ashley,” her husband said as she was giving birth. The words really resonated with her, reminding her that it’s OK for mothers to think of themselves as well. She put all of her realizations into a wonderfully-written post on Facebook, and it quickly went viral. Continue scrolling and read for yourself. “I think we as women/moms are responsible for creating these superficial trophies,” Ashley told Bored Panda. “Partly out of prideful thinking that our way of doing things is the only ‘right’ way of doing things and being too self-absorbed to consider that different moms all have different circumstances that most people know nothing about but eagerly pass judgment on.”

“Also, there’s the pride of not admitting we all struggle. When we only share the easy things on social media it perpetuates the myth that there is such a thing as being a perfect mom. Being humble enough to share the tough stuff makes us all feel more human because it opens the door to say, ‘oh my gosh me too.’” The superficial trophy she has dealt the most with during her latest pregnancy was the feeling that she needed to get her pre-baby back right away. “I work in the fitness space which makes that feel even more intense but in general I see lots of moms struggle with feeling like they are doing something wrong if they don’t magically shed the baby weight. The truth is, that timeline looks different for every mom and it’s not a race to look like you didn’t have a baby when if fact you did just have a baby.”

Luckily, everything turned out for the best and Ashley used her experiences for growth. She and her husband are happily raising 3 boys. She really respects the effort he puts into raising their kids. “My husband is an amazing father and I’m so proud of him,” she told said. “He didn’t have a good role model of what a dad should be and instead of using that as an excuse he’s used it as a reason to be a present role model in our boys’ lives.”