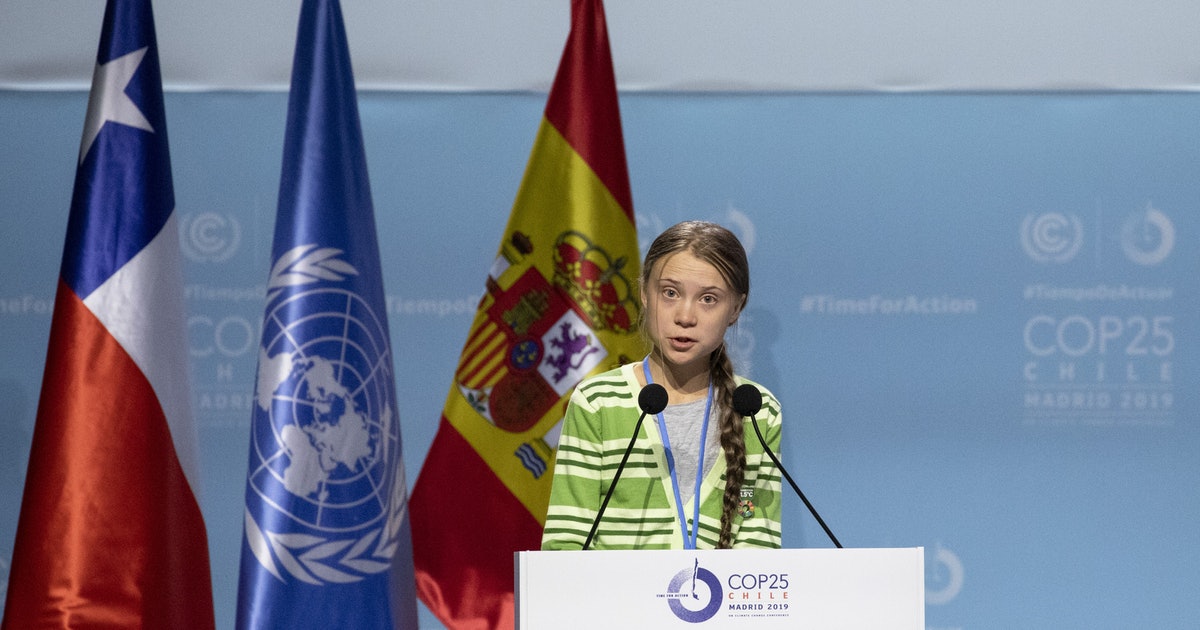 In August 2018, a then-15-year-old activist named Greta Thunberg sat outside the Swedish parliament building with a sign that read “Skolstrejk för klimatet” — meaning, “School Strike for Climate.” Thunberg was alone then, skipping school to make a statement about the international climate crisis. But in just over a year, Thunberg inspired millions of people around the world to rally around climate justice. That’s why Greta Thunberg is ‘s 2019 Person of the Year — and Twitter users are thrilled. These tweets about Thunberg’s award, which was announced Dec. 11, are nothing but cheers for the first member of Gen Z to earn the honor.

At just 16 years old, Thunberg has become the global face of the fight against climate change. On Sept. 20, 2019, just over a year after Thunberg started her school climate strike, students and young people around the world organized school and work strikes to raise awareness about the climate crisis. According to Vox, an estimated 4 million people participated in the global climate strike, making it one of the largest climate protests in history. Thunberg’s work on climate justice doesn’t end there, either. She has spoken in front of ever-growing audiences at the United Nations, and publicly traveled from the UK to New York City on a zero-carbon emissions yacht to avoid the carbon impact of a plane flight.

According to , Thunberg, who was born in 2003, is the magazine’s youngest-everPerson of the Year. Although has previously recognized other young people for their influence and global contributions — the inaugural Person of the Year, Charles Lindbergh, was 25 when he nabbed the honor, and some of the group winners included young people — it’s the first time that a Gen Z activist has been recognized. In honoring Thunberg, is also calling attention to the global climate threat, as global communities and ecosystems are increasingly feeling the effects of man-made climate change.

Twitter users couldn’t be more thrilled for Thunberg. From American presidential candidates to fellow youth activists, these tweets about Thunberg’s achievement are a celebration of her work.

Some also used the honor to defend Thunberg from those who have criticized her or implied she was too young to know what she was talking about.

For her part, Thunberg tweeted that being recognized as ‘s Person of the Year was “unbelievable.” She also made sure to point out that she shares this recognition with climate activists around the world who have been working on environmental justice alongside her. Millennial and Gen Z activists have long played a role in climate justice work, from protesting the Dakota Access Pipeline to suing national governments for perceived inaction on climate change.

In explaining why Thunberg had been selected as ‘s Person of the Year, the magazine’s editor-in-chief — Edward Felsenthal — wrote that Thunberg uses her privilege to protest something that has long been ignored despite its increasingly catastrophic impact.

“Thunberg stands on the shoulders — and at the side — of hundreds of thousands of others who’ve been blockading the streets and settling the science, many of them since before she was born,” Felsenthal wrote. “She is also the first to note that her privileged background makes her ‘one of the lucky ones,’ as she puts it, in a crisis that disproportionately affects poor and indigenous communities.”

With a Gen Z climate activist on its cover this year, is drawing renewed attention to the global climate crisis — and perhaps now, the action and justice that Thunberg and millions of other young people seek is finally on the horizon.